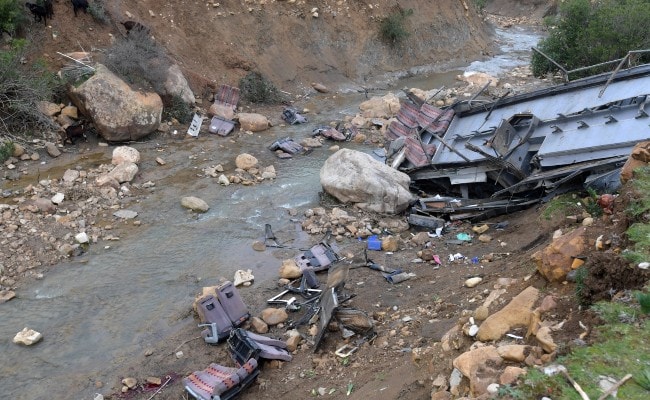 A bus crammed with pilgrims coming back from a religious festival crashed in southwest Pakistan on Friday killing at least 20 and leaving 10 others critically injured, officials and a hospital doctor said.

The bus careened off the road into a ditch during the early morning in the Karkh area of Khuzdar district, in Pakistan’s southwestern province of Balochistan.

“The bus was overloaded, and passengers were even travelling on the roof of the bus,” a Pakistani security official in the area told Reuters after paramilitary forces and soldiers were sent to help the survivors.

“We have received 20 bodies and over 40 injured in Khuzdar district hospital,” Dr. Manzoor Zahir told Reuters, adding that the condition of at least 10 of the injured was serious and the death count could increase.

Deputy Commissioner Khuzdar Bashir Ahmed told Reuters the victims were pilgrims who were returning from attending a religious festival honouring a local Muslim saint, and the victims were from the province of Sindh. Ahmed said all the dead were males.

Traffic and rail accidents are commonplace in Pakistan, partly because of the poor state of roads and track.

In the event of a gas pipeline explosion in In central China, 12 people were killed and 138 injured

G7 Rally Around Need To “Counter And Compete” With China: White House

Previous articleEngland’s XI vs Croatia: Readers’ selection for Euro 2020 opener revealed |
Next articleRivals Dan Walker and Piers Morgan bump into each other after past war of words