A risk in the EV battlefield: Setting residuals 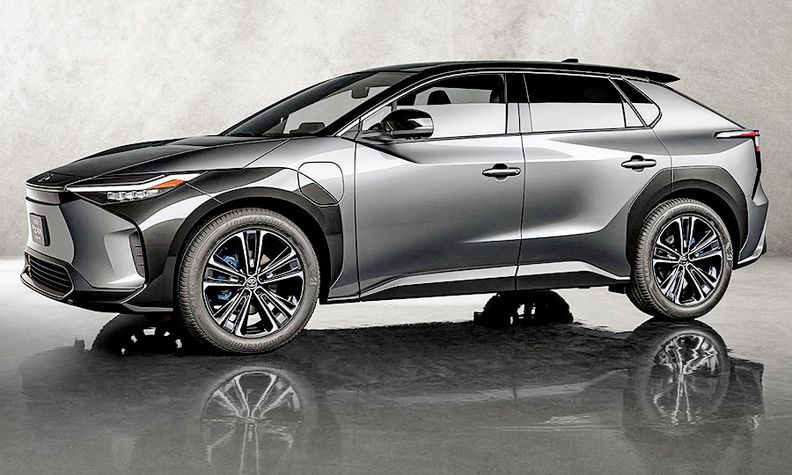 Toyota will base a BEV on this bZ4X concept.

PLANO, Texas — As automakers large and small rush into the battery-electric business, they face what may be an even trickier issue than where they’re going to get all their batteries: setting residual values on vehicles without a lot of history.

For companies with captive finance arms such as Toyota — which will reenter the BEV market in the U.S. next year with a production vehicle based on its RAV4-sized bZ4X compact-crossover concept — the residual value equation can present challenges.

The biggest one: estimating future demand for vehicles that now represent less than 2 percent of the overall market.

“We’ve been financing [electrified vehicles] for over 20 years, so we’re not scared about financing them,” said Mark Templin, CEO of Toyota Financial Services. “The only tricky part is setting residuals, because you don’t know what the future value of those BEVs is going to be in the marketplace.”

It’s not a small problem. There are more than 100 new BEV nameplates currently planned to enter the market over the next few years, and most are trying to capture a piece of segments now dominated by Tesla. If the overall BEV share doesn’t grow enough, or consumers remain on the sideline because of lingering range anxiety, infrastructure concerns or pricing, the losses for some automakers could be significant.

Leasing has been a way that some automakers have attempted to lure in potential new customers. Volkswagen, for example, launched its ID4 compact-crossover BEV in March with a $379 per month lease offer, with $3,579 due at signing, while Hyundai put a $319-a-month lease offer on its subcompact Kona Electric, with $3,999 due at signing.

History has demonstrated that automakers and their captive finance arms can get sideways in a hurry if residual values aren’t set properly, or if they’re artificially inflated in a misguided bid to lower lease payments and drive sales. That was the case at Chrysler when gasoline prices spiked in 2008, driving down the value of that automaker’s stable of big pickups and SUVs coming off lease. Each vehicle turned in meant thousands in losses for Chrysler Financial, with the end result being a shuttering of the captive and an acceleration into the automaker’s 2009 bankruptcy.

“Residuals are always going to be wrong on a unit-by-unit basis, but you have to limit the amount by which you can be wrong. And when you don’t have historical data, the propensity to miss is higher,” said Eric Lyman, vice president of ALG, which is now part of J.D. Power.

While relative volumes of BEVs are still small, reducing the risk, the amount of data needed to better set residual values is growing. This year marks a decade since the first generation of BEVs started coming to market.

Lyman said that while BEV sales are still small relative to the broader market, the added volume of new models coming to market is “going to help with that learning curve.” But he admits that forecasters missed pretty big when the first generation of EVs — those with ranges of about 100 miles or less — first came to market.

“We did struggle with those; we over-called them. And the reason we did was that we believed the demand side was going to be far greater than what it ended up being,” Lyman said.

But he’s less concerned about a big miss in EV residuals now because at auction, BEV values have reached “near parity” with gasoline-powered vehicles in the same segment that are similarly equipped.

“That’s a real boon for us as forecasters, seeing values that are kind of similar,” he said, adding that it is a sign that more consumers see modern EVs as having equal utility with similarly sized combustion models. And, he said, while early EVs were in segments that weren’t particularly popular, that’s not the case with the coming wave of battery-powered pickups, crossovers and SUVs.

For Templin and his team, the planned EVs coming from Toyota and Lexus will be processed like any other nameplate: “You can’t anticipate what the demand is going to be, so there’s a lot of unknowns right now when it comes to the [residual]-setting piece, but I have more confidence in our team than anyone else.”

Previous articleJordan: Several members of the security forces were injured in armed attacks
Next articleYami Gautam And Aditya Dhar Are Officially MARRIED