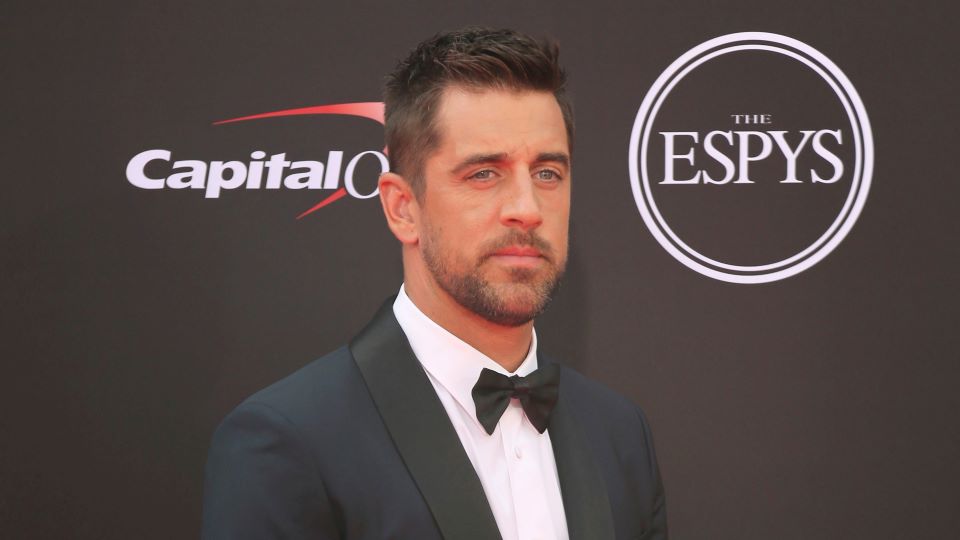 Quarterback Aaron Rodgers’ Jeopardy! hosting stint wouldn’t be coming to an end if it was up to him. The Green Bay Packers player is said to be ready to “jump at the opportunity” to host Jeopardy! full-time if given the offer—and according to one source who spoke to HollywoodLife, he would even consider “retiring” from the NFL to take on the role. But would he have to?

The MVP winner began his two-week guest spot as the host of Jeopardy! on Monday, April 5. In anticipation of the role, Rodgers, 37, watched hours upon hours of the popular trivia show, telling ESPN, “Literally, I studied for this like no other. I wanted to absolutely just crush it.” So far, his stint as host has been off to such a good start that some are wondering if the NFL star would consider staying on to host the series full-time. According to HollywoodLife, the opportunity to do so would be right up his alley: “When Aaron is done with the NFL, he wants to continue doing commercials and TV,” an insider explained. “And if Jeopardy! were to offer him the full-time gig of doing the show, he would highly consider retiring from the NFL to be the host.”

The source continued, “The producers of Jeopardy! just have to make the right offer, and Aaron would be the host in no time. He would jump at the opportunity. He is super competitive and would love one more Super Bowl, but Aaron is heading into another chapter in his life.” The Green Bay Packer, who is currently engaged to Shailene Woodley, is “looking to start a family soon,” the source adds. “When it comes to all his future, Jeopardy! is clearly the healthier, more long-term option.”

But he may not have to hang up his jersey right away. Since starting his stint on Jeopardy!, Rodgers has reiterated his availability to host the series full-time after football season. As he explained to The Ringer‘s Claire McNear, “I don’t think I’d need to give up football to do it. They [Jeopardy!] film 46 days a year. I worked 187 this year in Green Bay. That gives me, eh—[pauses]—178 days to do Jeopardy!”

He continued, “So I feel like I could fit 46 into that 178 and make it work. It would be a dream job for sure, and I’m not shy at all about saying I want the job. That’s how I went into it. I want an opportunity to be in the mix.”