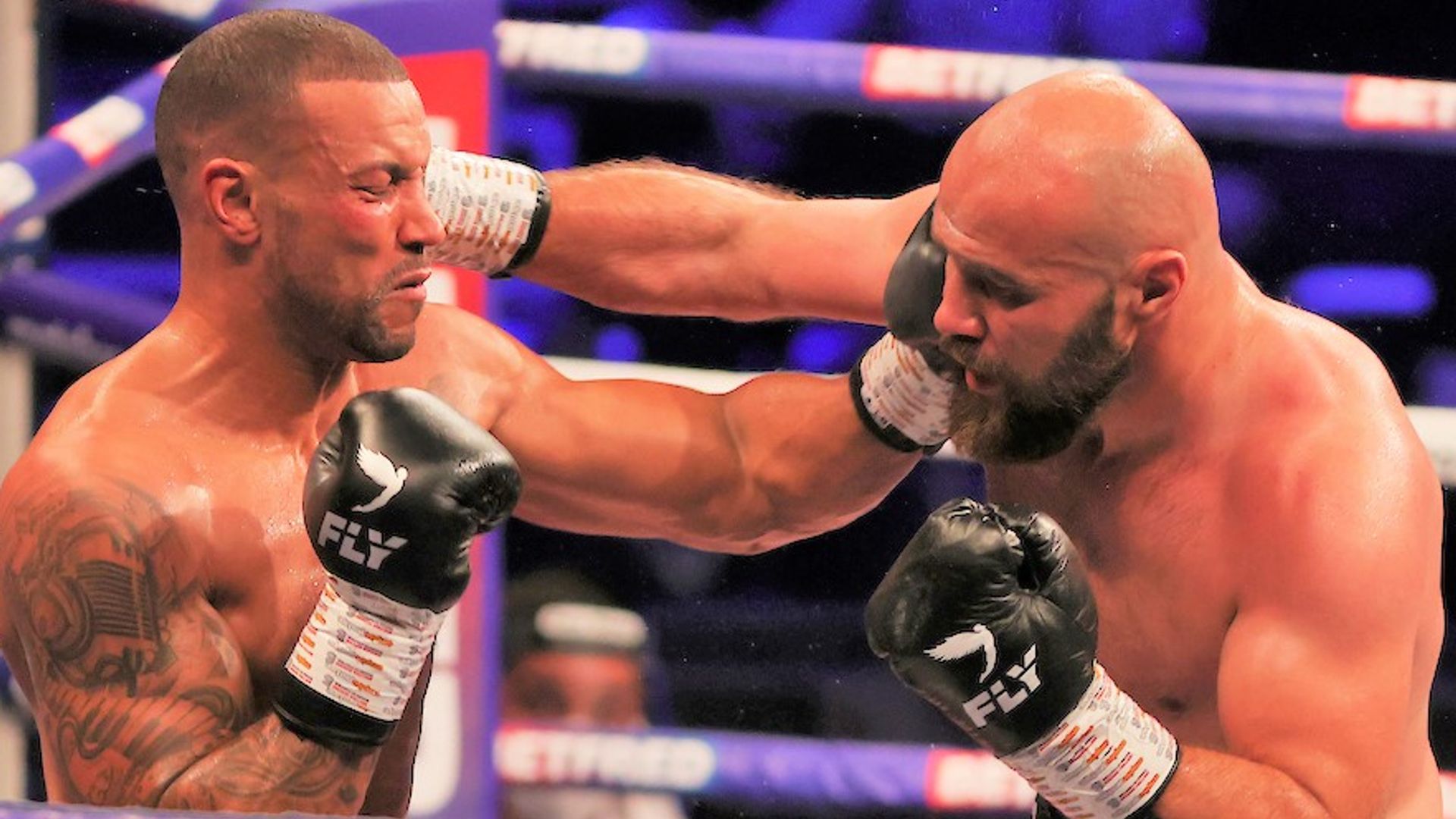 Alen Babic blasted aside Damian Chambers with a huge left hook as the Croatian contender added another knockout to his destructive record.

‘The Savage’ Babic produced a dramatic one-punch knockout of Chambers, sealing his seventh straight stoppage, as he returned to the ring following shoulder surgery.

Charging out from the opening bell, Babic staggered Chambers with a clubbing hook and the referee administered a count with only the ropes holding the Lancashire man up.

Chambers stood firm in the second, countering with a decent combination, but Babic dramatically ended the fight in the next round.

With Chambers backing to the ropes, Babic uncorked a huge left hook to leave his opponent sagging.

Earlier in the evening, Joe Laws sealed a 60-54 points verdict over Chris Adaway in his first fight since losing his unbeaten record.

The 26-year-old was stopped by Rylan Charlton in October, but he showed no signs of hesitancy as he repeatedly caught Adaway with his right hand in their six-rounder.

Thomas Patrick Ward stayed in contention for a shot at a major title after defeating Edy Valencia Mercado by unanimous decision with scores of 97-93, 98-92 and 98-92.

Previous articleShahrukh Khan is all set to return to work soon
Next articleIndia Sees Lowest Daily Rise Since April 2 With 80,834 Fresh Covid Cases