Ahead of the release of Vidya Balan starrer unconventional drama Sherni, Amazon Prime Video special song ‘i lioness‘ In which some unique personalities will be seen along with Vidya Balan. Celebrating stories of struggle, Singer Akasa and Raftaar have composed this special soundtrack with their own vocals. The track salutes the courage of these lionesses… applauds them, Those who have defeated all their obstacles and have made their place by rejecting the old beliefs. Mira Erda (F) with Vidya Balan in music video4 racer and driver coach), Natasha Noel (Body Positivity Influencer and Yoga Trainer), Ishna Kutty (Social Media Influencer and Hula-Hoop Dancer) and Trinetra Haldar (One of the first transgender doctor from Karnataka), Jayshree Mane (A Front Line Warrior of BYL Nair Hospital), Riddhi Arya (a student who distributes food to Frontline Warriors), Anita Devi (Security Guard), Seema Duggal (Teacher), Archana Jadav (House Help) will be seen. written by raghav, ‘i lioness‘ Composed by Utkarsh Dhotekar. this song 15 All music platforms from June – Amazon Prime Music, spotify, song, Monsoon, Will be live on wink etc.

Actress Vidya Balan says, “Music Video Main Lioness is our tribute to all the women around the world, He has an indomitable spirit that never gives up. Lioness is special to all of us and with this film and music video, We are celebrating the women who have shown us that there is nothing a woman cannot do. Like my character Vidya Vincent in the film, We want to show that women are fearless and powerful… and you don’t have to roar to be a tigress. We have tried to capture this feeling in this song.” 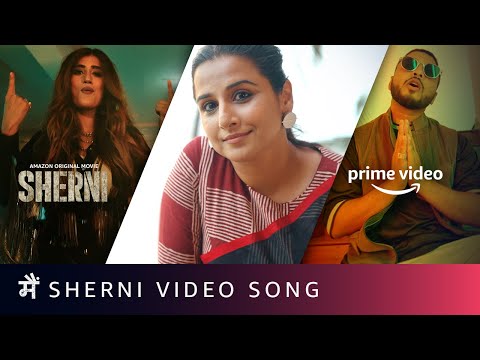 singer akasa says, “A song that celebrates women and their strength, Nothing can be more proud for me than being a part of. with this soundtrack, We all over the world to awaken the lioness inside every woman and never give up., Hoping to inspire you to chase your dream and work hard always. I am always with Nari Shakti and am honored to be a part of Lioness and sing a song that will be remembered for a very long time. As always, it was great working with Raftaar on this powerful track. The lyrics and melody of the song really speaks to me and I am sure through this song the listeners will get to experience what the film is all about. “

Rapper Raftaar says, “Lioness – An interesting project for me. Lioness – There is such undeniable power in this one word, And being able to capture the vibrancy of that word in a song was a long process! I hope Akasa and I have managed to do this. I am very happy with the way this passionate project has been planned, Because Akasa and I have put our heart and soul into it. “

India and 240 Prime members in more than one country and region 18 You can stream The Lioness exclusively on Amazon Prime Video from June.

Sunil Grover On Being Considered As Just A Comedian By People: “It Is Okay To Be Boxed”