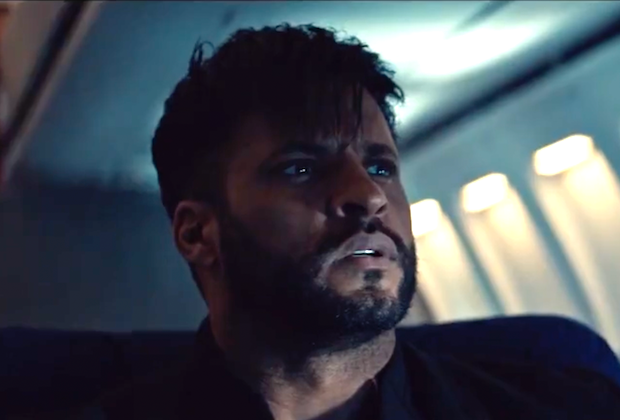 Should we really be surprised that the tally at the end of American Gods‘ third season is Mr. Wednesday: one, Shadow Moon: Less than zero?

Shadow spent most of Sunday’s finale hanging from a mystical tree, undergoing a vigil for his recently deceased father, Mr. Wednesday (aka the Norse god Odin). As time passed and the tree’s vines dug deeper and deeper into his skin, Shadow experienced visions featuring the orisha, the buffalo with flaming eyes and his ex-wife, Laura… and then he found himself on a plane, sitting across from Wednesday.

“Oh, please tell me death isn’t being on a plane with you,” Shadow said, and Wednesday replied that “technically, we are somewhere in between.” And as the horror on Shadow’s face grew as the realization of what was happening set in, Wednesday voiced it: “A blood sacrifice by a son? Wow. That’s powerful enough to restore me to all my former glory. Odin the all-father, all powerful once again.”

Back in the real world, the tree’s vines completely enveloped Shadow. And as a storm rolled in, Wednesday’s corpse seemed to disappear from where it lay at the foot of the tree; the shroud blew off in the breeze. “Is this the death of the Old Gods?” Czernobog wondered. “Or something much worse?” Mr. Ibis mused.

And with that kind of a cliffhanger, TVLine needed to get series stars Ian McShane, Ricky Whittle and Yetide Badaki on the phone for their take on the episode, as well as what might happen in a potential Season 4. Read on for their thoughts on: 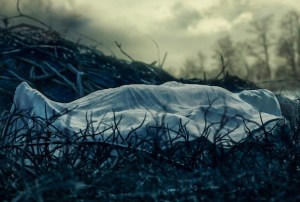 WEDNESDAY’S LONG CON | Though it came as no surprise to those who’d read Neil Gaiman’s novel on which the series is based, the fact that Wednesday masterminded his own death is the hour’s biggest surprise. But really, McShane explains, what other choice did the Old God have? “His plan has failed with Johan, Marilyn Manson’s character. Tyr came out of the blue, did those things. Demeter, it didn’t work out there,” he explains. “And it’s like saying, ‘Screw it, I’ll have to think of something else.’ So I think Wednesday says, ‘Fine, I’m going to get rid of myself for a while. I’ll see if Shadow can stand up for me when I’m gone.’”

SHADOW AS STOOGE | “It really is heartbreaking for Shadow, that moment,” Whittle says of the sudden understanding that his very existence has been in service of the manipulative, lying Mr. Wednesday. “He’s never had a father in his whole life, not even a father figure, and then here we have a father who is all-powerful Odin… [Shadow has] truly found a place in this world, and although there’s lots of craziness around him, he’s growing into. He’s realizing that he’s special and that he might have a part to play… and that maybe he’s meant to rule alongside his father.” The fact that Shadow begrudgingly let Wednesday past his defenses and got played is the younger man’s “worst nightmare, when you realize that he never loved you and you were never important to him,” Whittle adds. “In fact, you were only there so that he could use you to become even more powerful.” 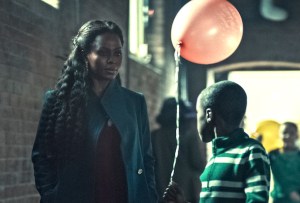 LAURA + BILQUIS 4EVA? | Toward the end of the episode, Bilquis seeks out Laura and says, “Thank Gods I’ve found you.” The moment, Badaki says, just might signify a new partnerships between two characters who hadn’t been in the same scene since the Motel America diner in Season 2 — and who’ve each had a hell of a journey of self-discovery in the meantime. “For these individuals that have now learned about themselves, have now stepped into their own power, the idea of being able to come together is… a powerful thing,” she previews.

NO MORE MR. NICE SHADOW | Whittle says he’s not sure what a potential Season 4 would look like for his character… but he’s not mad about the idea that Shadow might be a seething, super-charged ball of vengeance. “This is an actual demigod. This is someone with power, motive, strength,” he points out. “It will be a great challenge to play this morally good demigod who’s being burned by his father, and what that looks like in Season 4.”

Now it’s your turn. What did you think of the finale, and of the season overall? Grade both via the poll below, then hit the comments with your thoughts!