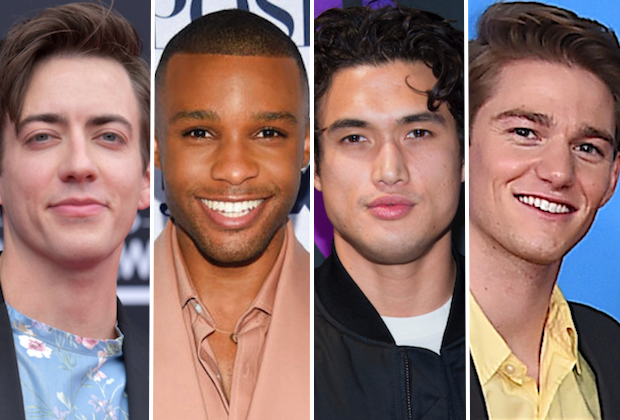 Murphy’s post featured a photo of McHale, Burnside, Melton and Greetham smiling together, with a caption that calls them “The Fantastic Four.” But this being the American Horror Story universe, we wouldn’t expect them to keep smiling for long. (TVLine has reached out to FX to confirm the casting.)

American Horror Story Season 10: What We Know About Double Feature So Far

Horror Stories, which was first ordered in May 2020, is described as “a weekly anthology series from Ryan Murphy and will feature a different horror story each episode.” So it’s likely these four actors will appear together in a one-off episode only. (And don’t worry: The original American Horror Story is still set to return for Season 10, aka Double Feature, this fall on FX.)

McHale, Burnside and Greetham are already veterans of Ryan Murphy productions: McHale played wheelchair user Artie on the Fox musical Glee for six seasons, Burnside is wrapping up a three-season run as backup dancer Ricky on FX’s Pose, and Greetham co-starred as Nick in last year’s Netflix movie The Prom. Melton, meanwhile, has played arrogant jock Reggie on The CW’s Riverdale since Season 2.

American Horror Stories is set to premiere on FX on Hulu in July. Does this casting have you intrigued, AHS fans? Drop your thoughts on the spinoff in a comment below.