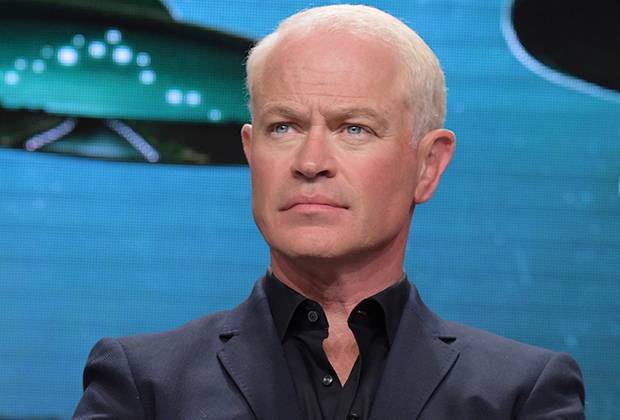 Neal McDonough is crossing over from the Arrowverse to the Murphyverse.

The actor, who spent five years playing the villainous Damien Darhk across The CW’s roster of superhero shows, is joining the upcoming tenth season of American Horror Story as a series regular, our sister site Deadline reports.

American Horror Story Season 10: What We Know About Double Feature So Far

McDonough is reportedly playing a character named Dwight “Ike” Eisenhower, though that actually raises more questions than it answers, as he’s not playing the U.S. President of the same name. (Then again, Denis O’Hare did play a character named Liz Taylor in AHS: Hotel, so who knows?)

Formally titled American Horror Story: Double Feature, the new season premieres Wednesday, Aug. 25 at 10/9c on FX. Episodes will be available to stream the next day via FX on Hulu.

Though little is known about the actual plot of Season 10, we do know that — true to its title — it’s being divided into two complete stories: “one by the sea, one by the sand.”

In addition to playing Damien Darhk on Arrow, The Flash and DC’s Legends of Tomorrow, McDonough has also held down memorable roles on Van Helsing, The 100, Altered Carbon, Suits, Yellowstone, Justified, Desperate Housewives and Band of Brothers — to name just a few shows.

Your thoughts on McDonough joining AHS: Double Feature? Drop ’em in a comment below.

Previous articleTyson Fury and Deontay Wilder in tense face-off – Fury predicts: ‘I guarantee he
Next articleCarol Vorderman hits back at claim she's retiring from TV: 'Not entirely the whole story'