An automotive site in … Arizona? 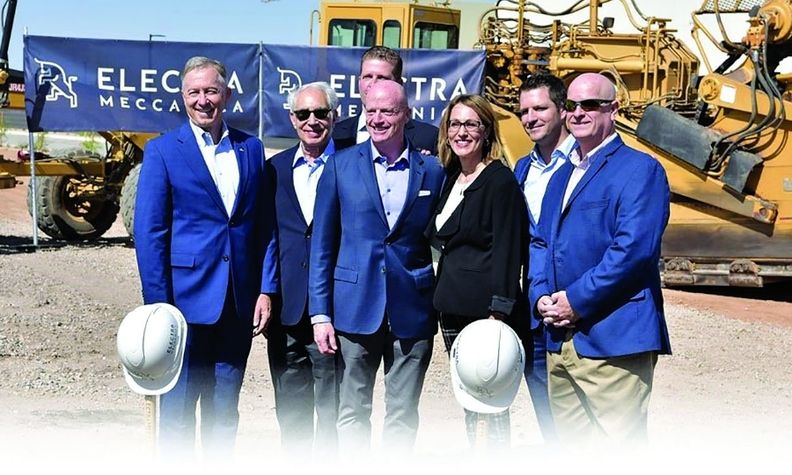 Canada’s ElectraMeccanica broke ground in May on an assembly plant in the Phoenix suburb Mesa. One of the company’s electric vehicles is shown below.

It was, in fact, the third new EV assembly plant groundbreaking in the Phoenix area in 16 months. Earlier this year, the hydrogen-electric commercial truck startup Nikola began constructing a plant on the south side of the city, in Casa Grande. And in 2019, Lucid Motors began building its $700 million electric vehicle plant, also in Casa Grande.

Has anyone told these people that Phoenix is in the far left-hand bottom corner of the U.S., 1,600 to 2,000 miles from the core of the North American supply base?

That’s the wrong way of looking at it, says Sandra Watson, CEO of the Arizona Commerce Authority, the public-private development agency that has been quietly stretching the auto industry map toward Arizona in recent years.

Watson makes the argument that far from being outside the traditional auto industry corridor, Phoenix is central to a new corridor taking shape far from Detroit.

“Look at our proximity to Mexico,” Watson reasons. “It’s a key advantage. Ford has a facility just across the border in Sonora. As we worked closely to help Lucid with its supply base, we not only had suppliers here in Arizona, but also [we were] able to tap into the supply base all across Mexico. And in Southern California as well.”

Arizona’s pitch is that the Midwestern U.S. is fine. But there are other regions of the auto industry, too.

“We have infrastructure that links us with the West Coast, and to the ports that serve the global supply chain,” she said. “And we’ve built a significant supply base that serves other advanced industries here, including aerospace and defense, electronics and semiconductor, and they are now easily able to become automotive suppliers.”

Just before the pandemic struck, Watson and her recruitment team journeyed to Taiwan, where they called on a company that was scarcely a household name in the auto industry at the time: TSMC, or the Taiwan Semiconductor Manufacturing Co.

The trip paid off.

This year, as the auto industry had its legs cut out from under it by a global chip shortage, TSMC announced it would build its first U.S. plant in the Phoenix area, a move to create more capacity for North American customers.

Not long after that, the U.S. semiconductor giant Intel said it, too, would grow its chip capacity in Arizona. Its pledged investment: two chip foundries there, totaling $20 billion.

It might seem puny by comparison, but in the midst of the big-dollar investment rush, a traditional auto supplier also announced a new plant for the area.

UACJ Automotive Whitehall Industries of Ludington, Mich., will spend $60 million and hire 350 people over the next five years to produce extruded aluminum parts in Flagstaff, Ariz., for Lucid.

The swirl of seemingly unrelated activity adds up to a critical mass of jobs in advanced manufacturing, Watson said, and that is something of interest for automotive employers in the future.

“All this activity is drawing an advanced-manufacturing work force to our area, and people want to be part of it — for batteries, for EVs, for semiconductors,” she said.

“Ten years ago, Arizona State University had 7,000 engineering students. Today they have 25,000.