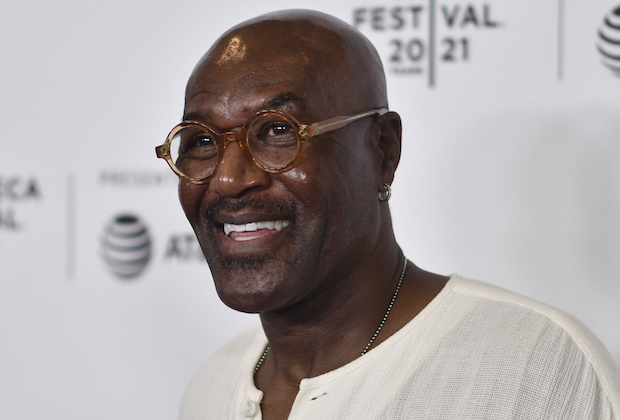 Anansi Boys has found its Mr. Nancy in Delroy Lindo.

The Good Fight alum — who left the Paramount+ drama following its Season 5 premiere — will assume the role of the above-mentioned deity in Neil Gaiman’s forthcoming Amazon adaptation, it was announced Wednesday.

Anansi Boys is neither a spinoff nor a sequel to the recently cancelled American Gods, which in its first two seasons featured Sleepy Hollow vet Orlando Jones as Mr. Nancy. Jones had been let go from the Starz drama in December 2019, ahead of its third and final season. At the time, he suggested that showrunner Charles “Chic” Eglee thought the character of Mr. Nancy sent “the wrong message” to “Black America.” In response, a spokesperson for Gods told TVLine that Jones’ option was not picked up because Season 3 would focus on a portion of the book that did not include his character, as well as several other characters that appeared during the series’ first two seasons.

For the uninitiated: Anansi Boys focuses on Charlie Nancy, “a young man who is used to being embarrassed by his estranged father, Mr. Nancy,” according to the official logline. “But when his father dies, Charlie discovers that his father was Anansi: trickster god of stories. And he learns that he has a brother. Now his brother, Spider, is entering Charlie’s life, determined to make it more interesting by making it a lot more dangerous.”

“Delroy Lindo is a giant of the stage and the screen, and we are so lucky to have him,” Gaiman said in a statement. “I cannot wait to see his gravitas and charm being deployed for the benefit of Anansi Boys, as he plays an unreliable father with hidden depths.”

Lindo originally left The Good Fight to headline Harlem’s Kitchen, an ABC drama pilot about the executive chef of a fine dining restaurant in Harlem, and how an unexpected death thrusts his family into turmoil and puts the business in jeopardy. It is unclear if that pilot is moving forward. TVLine has reached out to ABC for comment.

Are you looking forward Lindo’s interpretation of Mr. Nancy? Hit the comments with your reactions.