One film that is touted to be the most awaited amongst the Deol fam fans is Apne 2. The sequel to the loved 2007 film that starred the real family turned out to be a successful film in the filmography of the ones attached. However, there have been no updates about the film in the recent past. Director Anil Sharma has now decided to open up about the same.

Anil is right now basking in the glory of his film Gadar: Ek Prem Katha that turns 20 this year. The filmmaker joined Koimoi for an exclusive chat he spoke fondly about his bond with the Deols and also his next film with them, Apne 2. Sharma says they had a complete schedule planned, but that went for a toss due to the pandemic that brought things to stand still. Below is what he has to say about the schedule now. Read on.

When asked about Apne 2 and how they are going ahead with it. He says they were set to go on floors in February-March 2021 and was to be shot in Punjab and London. He said, “Apne 2 dekhiye hum February March 2021 mein shooting shuru karne wale the. Pandemic ke wajah se kuch ho nahi paya. Abhi September me hum plan karenge. Badi bohot achi script bangayi hai.” 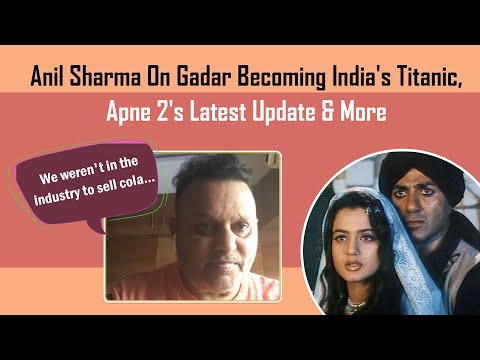 Stay tuned to Koimoi for more!