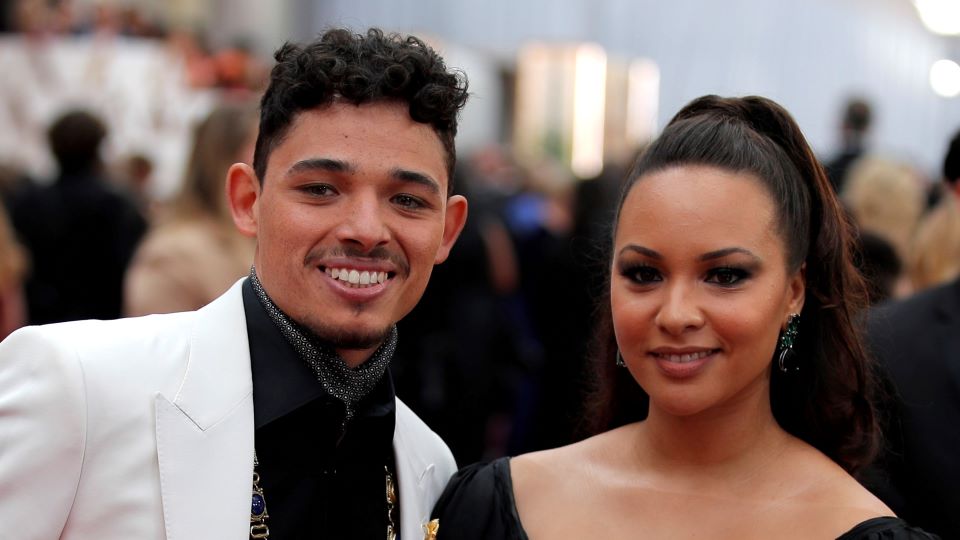 In the Heights fans may be curious to know if Anthony Ramos, who plays Usnavi in the musical’s film adaptation, is married in real life. While nobody currently holds the title of Anthony Ramos‘ wife, that’s about to change soon: the actor is engaged to his longtime love, Jasmine Cephas Jones.

Ramos and Cephas Jones, who have been together for over six years, got engaged on Christmas Eve in 2018. The pair announced their engagement to fans on social media at the time, with Ramos writing, “Thank you for saying yes to writing stories together for the rest of our lives. I’m honored and Blessed to marry you,” in an Instagram post.

His fiancée, meanwhile, shared exactly how Ramos decided to pop the question: “My beloved Anthony, On Christmas Eve you got down on one knee and proposed to me in front of my favorite castle in Arundel that I used to visit all the time as a child,” Cephas Jones captioned a post on Instagram. “I love you beyond words and am so excited to continue this awesome journey with you.”

So, now we know these two lovebirds are officially on their way to tying the knot. But how did they meet, exactly? And what else is there to know about the woman who is soon-to-be Anthony Ramos’ wife? For everything there is to know about these two and their relationship, just keep on reading below.

Who is Anthony Ramos’ fiancée?

Anthony Ramos’ fiancée, Jasmine Cephas Jones, is also an actress and Grammy-winning singer like Ramos. She’s perhaps most known for originating the roles of Peggy Schuyler and Maria Reynolds in Lin Manuel Miranda‘s Hamilton musical, but Cephas Jones also has a handful of screen credits under her belt. These include roles in Mistress America, Unforgettable, Dog Days, Blindspotting, Odd Mom Out, Fairfield, Blue Bloods, Titus, Midnight, Texas, and #FreeRayshawn, for which she won a Primetime Emmy award in 2020.

How did Anthony Ramos and Jasmine Cephas Jones meet?

Ramos and Cephas Jones met during rehearsals for the Off-Broadway production of Hamilton at The Public Theatre in 2014. Ramos played the dual roles of John Laurens and Philip Hamilton, whereas Cephas Jones took on the aforementioned roles of Peggy Schuyler and Maria Reynolds.

Show creator Lin Manuel Miranda noticed early on how Ramos kept “sneaking glances” at Cephas Jones during rehearsals, and well, the rest is history. It seems the pair made things official sometime around Valentines Day in 2015, as Ramos celebrated their 2-year anniversary on Feb. 15, 2017.

The couple has been going strong and supporting each other since. Already, Cephas Jones has taken to Instagram a handful of times to show her love for Ramos amid his starring role in the film adaptation of In the Heights. “It’s so damn GOOD!!!!!” she captioned a poster of Ramos from the movie, adding several fire emojis, and honestly, we’d have to agree!

In the Heights premieres in theaters and is available to stream on HBO Max on June 9, 2021.