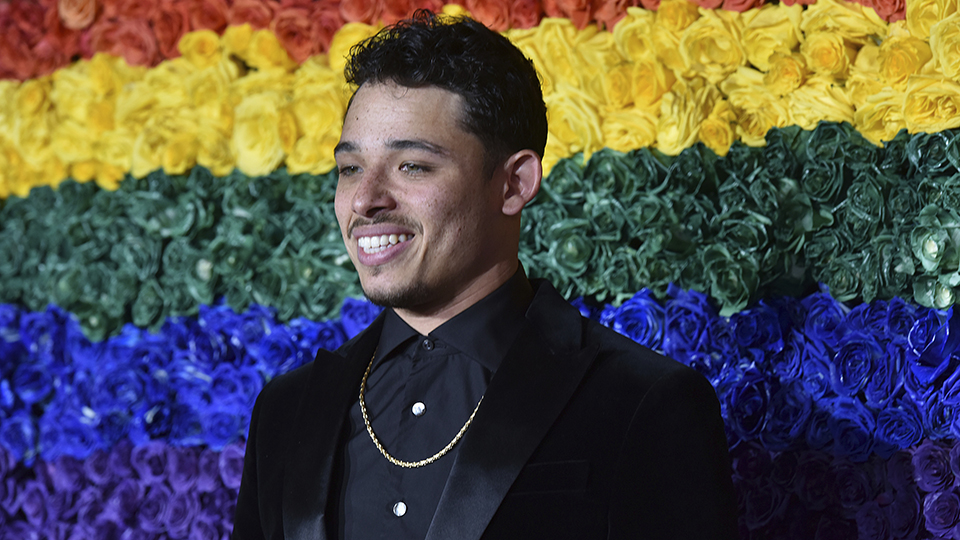 It’s safe to say that Anthony Ramos’ net worth is about to soar to new heights. (Sorry, we had to.) Ramos stars as Usnavi de la Vega in 2021’s In the Heights, HBO Max’s movie musical based on the Broadway musical of the same name.

As Broadway fans know, Ramos, who also starred in a regional production of In the Heights, has had a long career in musical theatre. Before the In the Heights movie, Ramos, who was born and raised in New York City, starred in regional productions of musicals like Grease, Damn Yankees and 21 Chump Street before his big break as John Laurens and Philip Hamilton in Hamilton. Ramos, who was an original cast member in Hamilton, starred in the Broadway production of the show from July 2015 to November 2016. In 2016, Ramos, along with the rest of the original Hamilton cast, won the Grammy for Best Musical Theater Album for the musical’s soundtrack.

But Ramos isn’t just known or his career on stage. Before the In the Heights movie, he starred in shows like Younger, Law & Order: Special Victims Unit and Will & Grace, as well as films such as A Star Is Born, Godzilla: King of the Monsters and Monsters and Men. He’s also released his own original music, including a EP titledThe Freedom in 2018 and an album titled The Good & the Bad in 2019.

Ramos has been a working actor for years, but there’s no doubt that In the Heights will take him to the next level. Ahead is what we know about Anthony Ramos’ net worth and how much he made from blockbusters like In the Heights and Hamilton.

How much did Anthony Ramos make in Hamilton?

Ramos was one of the original cast members when Hamilton opened in 2015. He starred in the Broadway musical for almost two years from January 2015 to November 2016. While it’s unclear what Ramos’ exact Hamilton salary was, there is some information on the minimum he would’ve made as John Laurens, a soldier during the American Revolutionary War, and Philip Hamilton, the eldest child of Alexander Hamilton.

Of course, that’s just Ramos’ actor’s salary. Bloomberg reported in 2016 that 22 original cast members from Hamilton also unionized to receive 1 percent of the net profits from the New York show and 0.33 percent from the profits of Hamilton Chicago and other U.S. shows. Given that Hamilton made an average of $1,500,000 million per week in its first year, this would pay the actors $18,400 from New York alone.

How much did Anthony Ramos make in In the Heights?

According to The Hollywood Reporter, In the Heights, which is distributed by Warner Bros. Pictures, cost $55 million to make. Unfortunately, it isn’t known how much Ramos made from the movie, but in his interview with THR, he talked about his humble beginnings growing up in Bushwick, Brooklyn, with his mother. “She was making $30,000 a year before taxes, so that was barely 10 Gs a kid,” he said. “Contesting with poverty and always seeing her stressed was hard, and there were drugs and alcohol in my family — that was hard to deal with as well. I just didn’t want to be in that situation anymore.”

He also recalled falling in love with music by buying bootleg CDs as a kid for $5 each. “I feel bad for not paying for an album at the regular price as a kid, but anywhere between $12 and $20 was a lot of money. Five dollars I could get,” he said. “And this dude always had good bootlegs. You knew that he was going to have all the songs, none of them were going to skip, you were legit going to get your money’s worth.”

How much is Anthony Ramos’ net worth?

So what is Anthony Ramos’ net worth? Well, according to Celebrity Net Worth, Ramos is worth a cool $3 million, which accounts for the money he made from Hamilton, as well as In the Heights. In 2016, Forbes listed Ramos as on the magazine’s “30 Under 30” when he was 24 years old. With $20 million predicted for In the Heights‘ opening weekend, we’re only expecting Anthony Ramos’ net worth to grow from the movie’s success.

In the Heights is available to stream on HBO Max.

Previous articleWest Indies vs South Africa: Bonner suffers concussion and rules out of 1st examination; Kieran Powell arrives in
Next articleThe Euro 2020 will finally get underway on Friday, with Turkey taking on Italy in a Group A clash at the Stadio Olimpico in Rome.