Since it debuted in 2011, more than a dozen coaches have been on The Voice, from country crooners like Blake Shelton to pop heartthrobs like Nick Jonas. Each judge (and contestant) is different, so The Voice salaries and how much coaches make per season on the NBC show aren’t the same either. Of The Voice‘s 19-plus seasons, Shelton is the only coach who has been there since day one, so it’s assumed that he earns the most. Still, that isn’t to say that the other coaches make pennies. From Alicia Keys to Adam Levine, each judge on The Voice has had an esteemed career. And while The Voice hasn’t produced any household names (like, say, American Idol), the show has succeeded in bringing on top-tier talent for its coaches.

Levine told Apple Music’s Zane Lowe in 2019 about how The Voice changed Maroon 5’s career and made him a household name. “I think when the band made [first album Songs About Jane] and had that all going on in the early 2000s, I think I was really young and also, it was a different time,” he said, noting that “not everyone had a camera on them at all times and you enjoyed a certain kind of privacy,” he said. “Then being on The Voice and stuff really changed that even more. It kind of launched me into the bizarre territory of being, I guess for lack of a better phrase, a household name.”

Find out how much each of the Voice coaches made on their season. 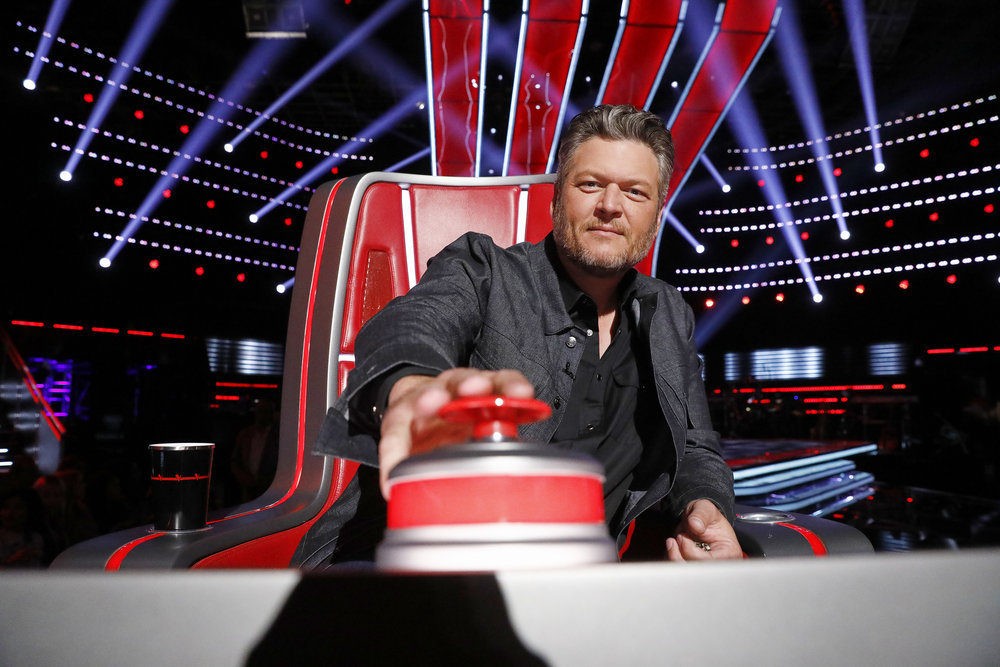 It’s unclear how much Shelton made in his first season on The Voice, but in 2016, around the same time as The Voice season 10, The Wrap reported that Shelton signed a deal with NBC to receive $13 million per season. Given that The Voice has two seasons a year, Shelton rakes in an impressive $26 million a year—and maybe more if he’s signed a new deal since 2016. Celebrity Insider reported in 2019 that Shelton and his girlfriend, Gwen Stefan, received “an exceptional bonus to keep the spark alive on-camera” The source also noted that the bump made Shelton and Stefani’s salaries “significantly higher” than those of the other coaches. 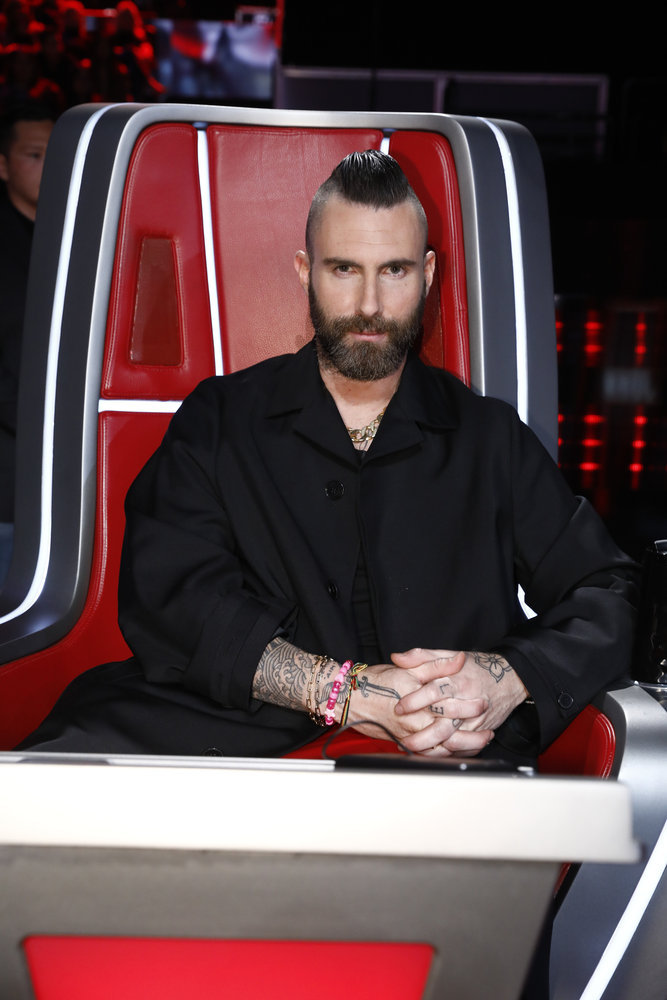 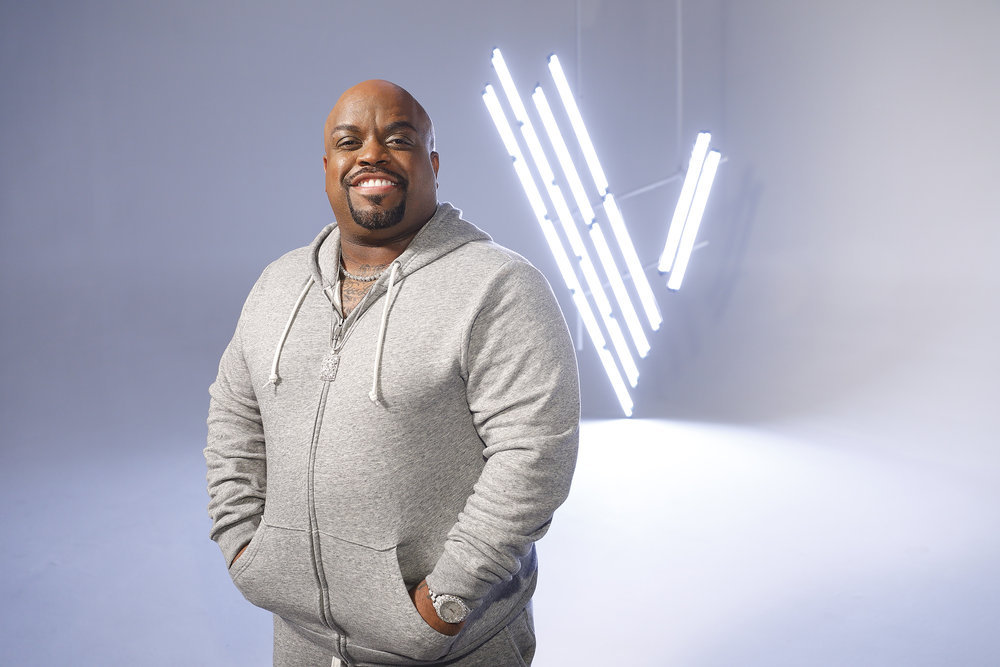 CeeLo was one of the OG coaches of The Voice. He left after season 5, claiming that the show “quickly became a job.” Money Nation reported that the singer made $2 million for his first season, which makes sense given that he was less of a household name than the other coaches. By the time he left, though, CeeLo had received a raise, making his paychecks $6.5 million a season.

Shakira never won a season on The Voice, but that doesn’t mean she didn’t walk away with an impressive paycheck. The Hollywood Reporter claimed in 2012 that Shakira signed a deal for $12 million a season, which was a lot for a coach on the early seasons of The Voice. It’s unclear if she received a pay raise when she returned for season 6, but if she did, she would’ve likely made around the same $14 million salaries as Levine and Shelton.

Usher starred in the same two seasons as Shakira, but he made about half her salary. The Hollywood Reporter claimed that the “Yeah” singer made $7 million per season when he signed on in season 4. It’s unclear how much he made to return to The Voice in season 6, but it still likely wouldn’t have been close to any of the other coaches’ salaries. 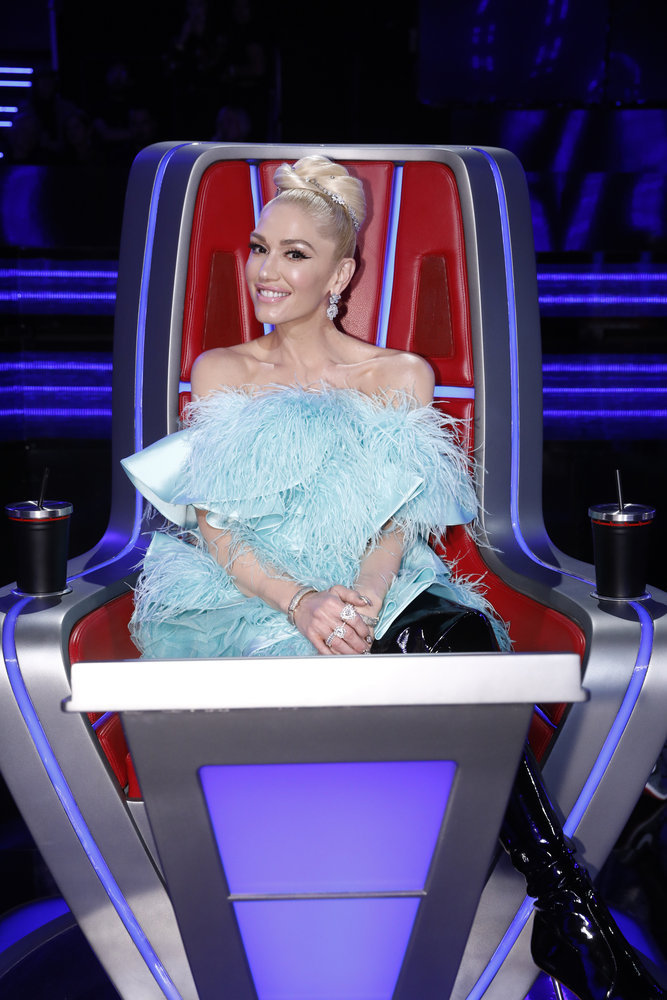 Stefani became a Voice coach in season 7 and was paid $10 million a season at the time, according to CinemaBlend. However, the No Doubt singer received a $5 raise in season 12 after she and Shelton signed a deal to play up their romance for the cameras, which made her salary $13 million a season. It’s unclear how much Stefani received from The Voice to return as a coach for season 17 (Celebrity Insider reported that she and Shelton received another raise to show their romance onscreen), so it’s likely that she and Shelton earn around the $15 million mark. 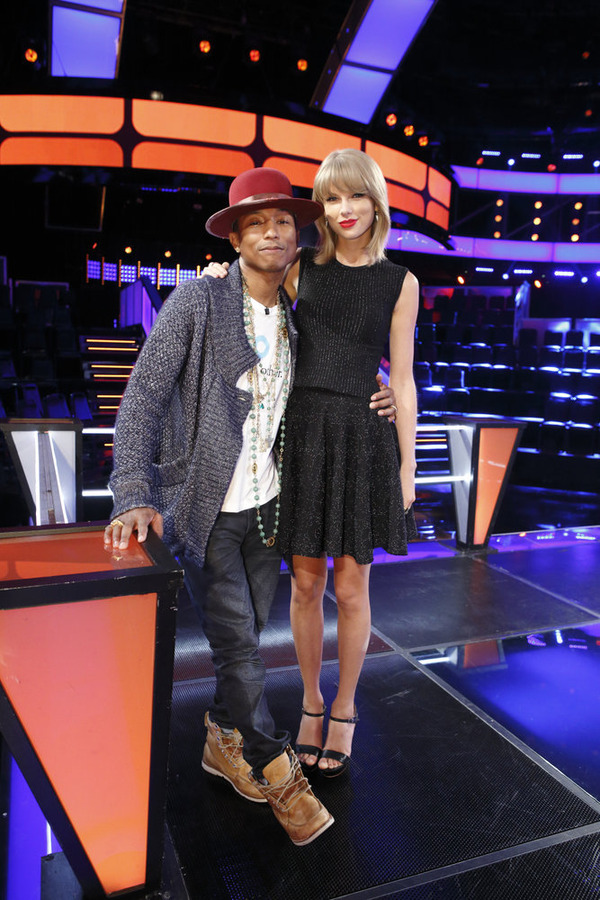 Feel Guide reported in 2014 that Pharrell signed a deal for $8 million a season when he debuted as a Voice coach in season 7. It isn’t known whether he received a pay bump for his later seasons, but given his lower salary when he started, it’s unlikely that his pay would’ve matched Shelton or Levine’s. 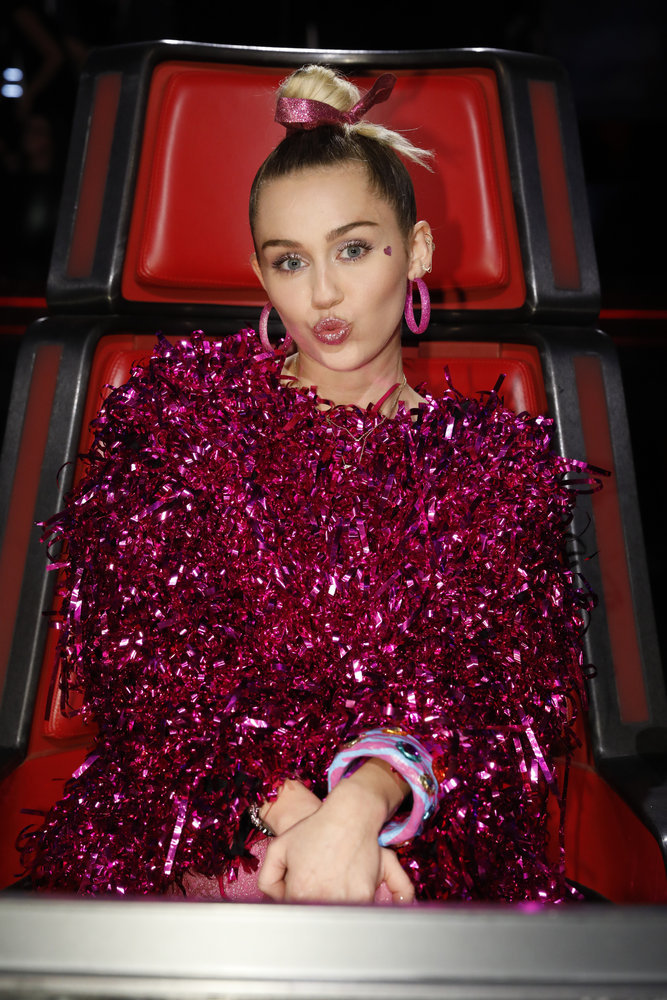 Cyrus was a Voice coach for seasons 11 and 13. Money Nation reports that the “Malibu” singer made $13 million a season for both seasons, which is less than what OGs Levine and Shelton made. 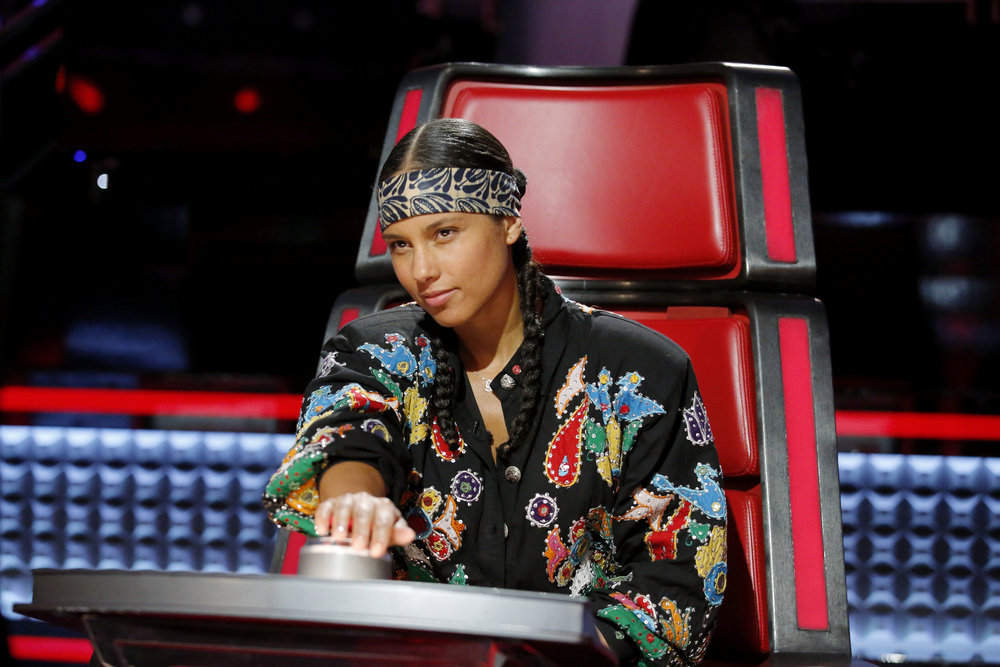 Money Nation reported in 2016 that Keys made $8 million a season when she signed on as a Voice coach in season 11. The number isn’t as large as what Levine or Shelton made at the time, but it’s around the same as the pay of other non-OG voice coaches, like Pharrell and Usher. 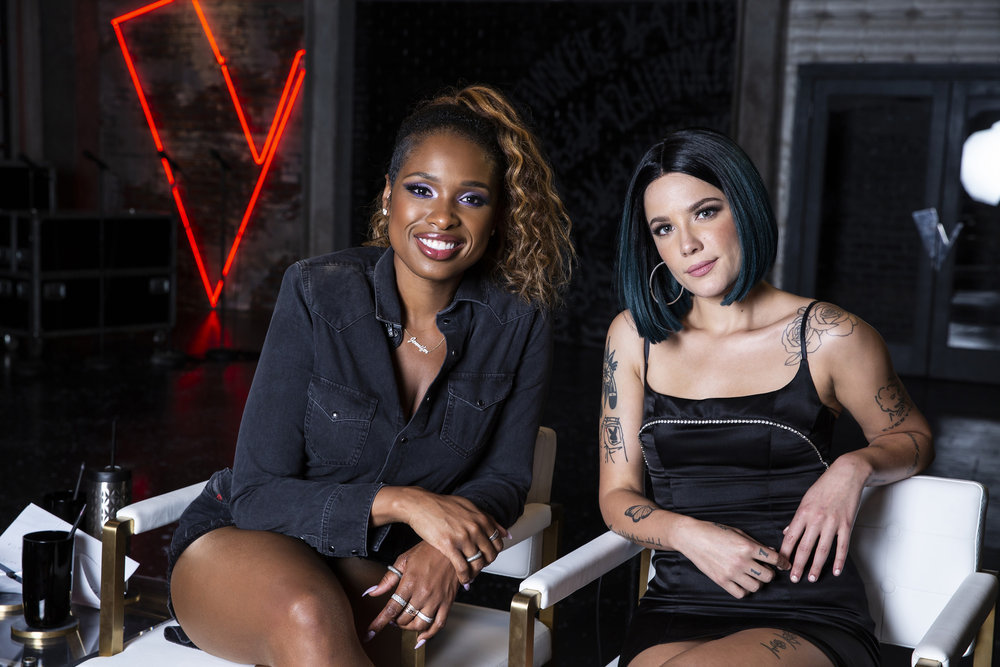 There haven’t been any reports about what Hudson made on The Voice. But given that she’s an Oscar winner and a bonafide pop star, she likely made around the $10 million mark for her two seasons on the NBC singing competition. Given the salaries of her predecessors, it’s unlikely that she made more or even close to the salaries of OGs like Levine and Shelton, but we don’t estimate that Hudson’s salary was on the lower end either. 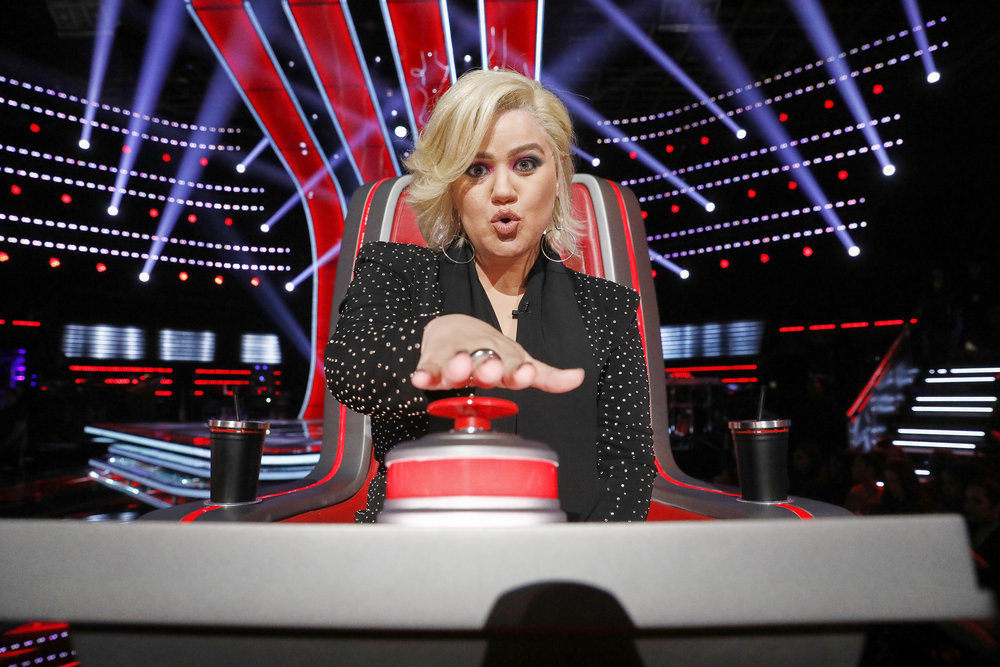 When Clarkson debuted as a Voice coach in season 14, Radar Online reported that the American Idol winner signed a deal to receive $15 million per season (a.k.a. $28 million a year.) It’s unclear if the “Since U Been Gone” singer has received a raise since then (she has won three seasons), but if she has, her paycheck could likely be the highest of any Voice coach. 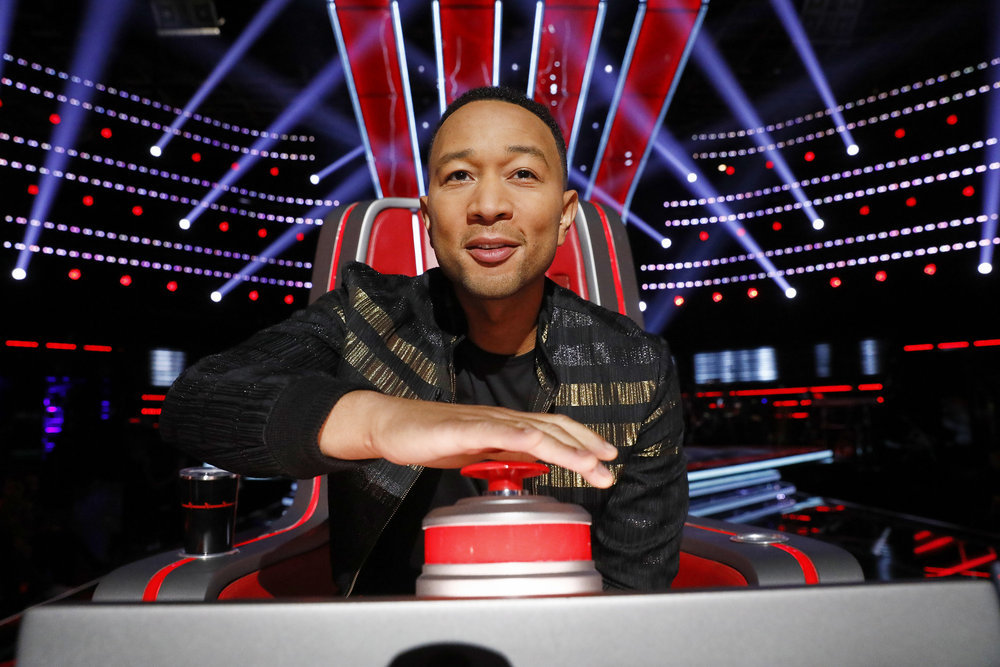 It’s also unclear what Legend makes as a coach on The Voice. He signed on in season 16 and is a current coach in season 18. He’s also the first EGOT to be a coach on The Voice, which must earn him something, given that the man has about a bajillion Grammys. According to OK! Magazine, he made $13 million per season as a judge. 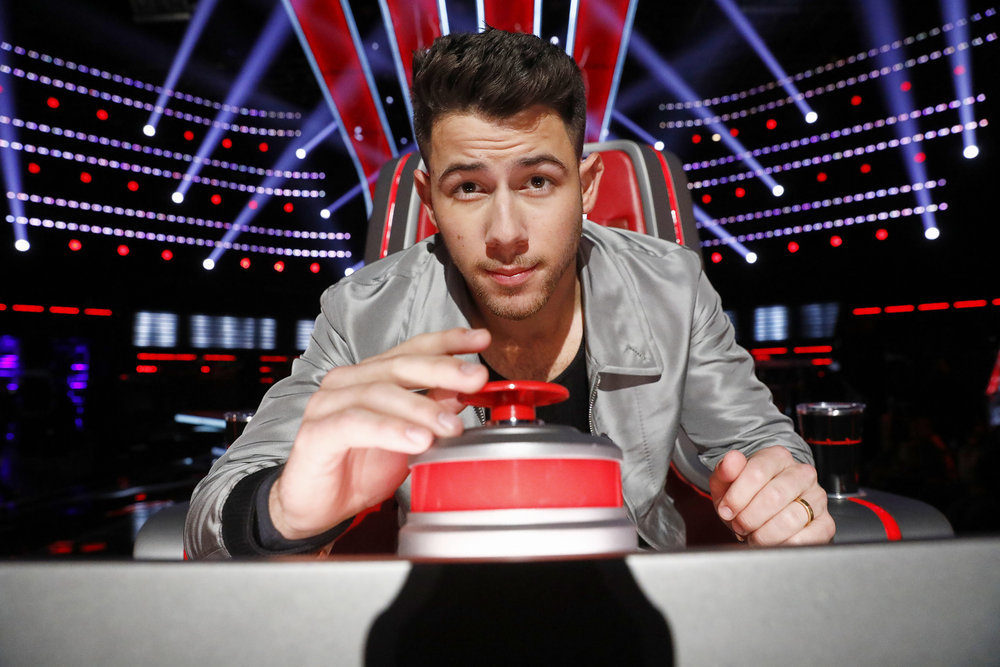 Season 18 marked Jonas’s first season as a Voice coach, so there’s little information about how much he was paid. He’s also one of the younger singers to star on The Voice, so he could make a similar salary to Cyrus—$13 million—through that’s unlikely. We estimate that he makes around the $8 to $10 million mark, given his career.

Grande announced that she would be a judge on The Voice season 21 in an Instagram post in March 2021. “surprise !!! I am beyond thrilled, honored, and excited to be joining @kellyclarkson @johnlegend @blakeshelton next season ~ season 21 of @nbcthevoice ! 🤍 @nickjonas we will miss you,” she wrote at the time. According to OK magazine, she will be paid $20 to $25 million for the season, making her the highest-paid judge ever on The Voice.

“Ariana is getting in the $20 to $25 million range to join the show,” a source told OK!, comparing the deal to Kelly Clarkson, who “negotiated a whopping $15 million when she joined the show.”

The Voice airs Mondays and Tuesdays on NBC.