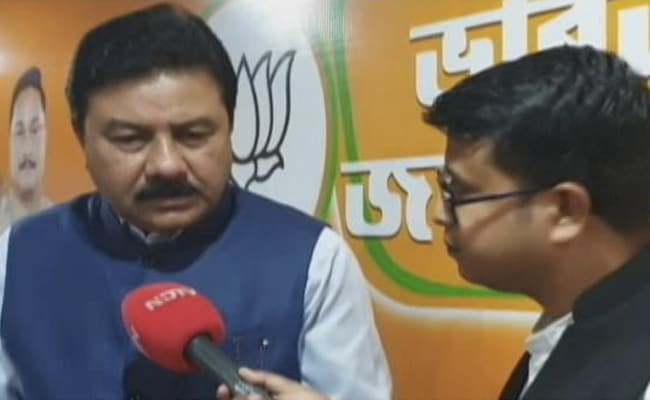 The BJP in Assam has said it will decide on the chief ministerial candidate only after the results of the state election are out on May 2. The BJP earlier this week announced the names of candidates for 70 seats in Assam.

Assam Chief Minister Sarbananda Sonowal will contest the assembly election from Majauli seat. Health Minister Himanta Biswa Sarma, widely known as a key BJP strategist for the north-east, will contest from Jalukbari, a seat that he currently holds. Mr Sarma was not keen to contest the election, but the party decided that Mr Sonowal would not be projected as the chief ministerial candidate and the BJP would fight the election under the joint leadership of Mr Sonowal and Mr Sarma, sources have said.

Assam BJP chief Ranjit Dass today told NDTV the party will decide on the chief ministerial candidate only after the results.

“The parliamentary board will decide and a chief ministerial face won’t be projected before or during the election,” Mr Dass told NDTV.

In 2016, the BJP projected Mr Sonowal as the chief ministerial face in Assam.

This time, it seems the BJP is keeping the option of chief ministership open, likely for either Mr Sonowal or Mr Sarma.

“We will not project a CM face since BJP is in power in Assam. We usually choose a chief ministerial candidate where we are not in power,” the Assam BJP chief told NDTV.

“Development and security of Assam are the two main issues for the BJP-led alliance in Assam,” Mr Dass said.

The BJP will not field 11 MLAs again. Its regional ally Asom Gana Parishad (AGP) allowed the BJP to contest from Barhampur seat and stopped AGP’s founder president Prafulla Kumar Mahanta from contesting from there.

The BJP’s battle team for Assam now includes AGP and the United People’s Party Liberal (UPPL). The AGP will fight on 26 seats and the UPPL will contest eight seats.

Previous articlePremier League: Manchester City will be looking to extend their 14-point lead over Manchester United in the Manchester Derby on Sunday.
Next articleMetier encourages Fry en route to Festival target | Racing News