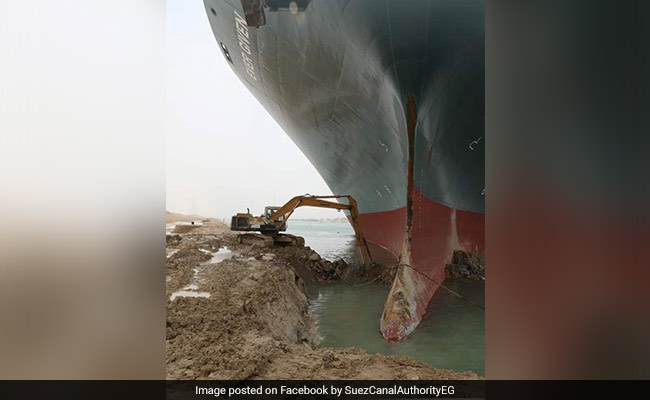 The Suez Canal stepped up efforts on Friday to free the giant stuck container ship and end a blockage.

“Another attempt to refloat the vessel earlier today… was not successful,” the Singapore-based Bernhard Schulte Shipmanagement said in a statement, referring to the MV Ever Given, which has been wedged diagonally across the entire canal since Tuesday, shutting the waterway in both directions.

Previous articlePriyanka Chopra thanks hubby Nick Jonas for naming her NYC restaurant as ‘SONA’: He heard that word A LOT in India
Next articleIndia vs. England, 2nd ODI: Records fall as Jonny Bairstow and Ben Stokes lead England to a great victory