In just a couple of years, Guardians of the Galaxy Vol 3 is due to hit cinemas. Marvel fans last saw the crew of misfits in Avengers Endgame and we’re next due to see them feature in Thor Love and Thunder in 2022. And apparently, James Gunn’s long-awaited threequel is going to be something of a tear-jerker according to its stars.

Nebula star Karen Gillan and Mantis actress Pom Klementieff, who both appeared in Avengers Endgame, have read the Guardians of the Galaxy Vol 3 script and shared their reaction.

Speaking with Yahoo, Gillan said: “We read it in the same room together, and then looked at each other and we were in floods of tears… so emotional.

Aside from this, Gunn himself has teased that major deaths could take place in Guardians of the Galaxy Vol 3.

.Bond producers on next 007 and Daniel Craig compared to Sean Connery

Back in August, Gunn compared how he treated characters death in The Suicide Squad to his Guardians of the Galaxy movie.

He told Entertainment Tonight: “There’s a much bigger sense of danger for all of our characters [in The Suicide Squad] because we know all of them could die.

“Whereas in Guardians, yes, obviously I killed Yondu, I killed the big original Groot, but it isn’t the same thing.

“We know most of them are going to make it out alive. At least for two movies.” 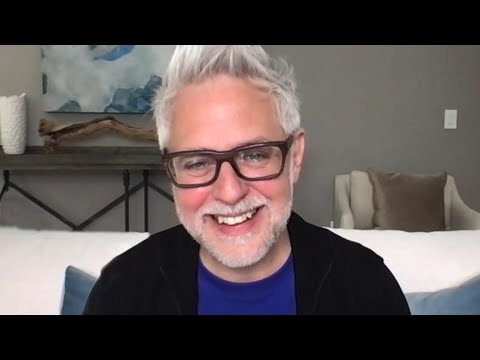 Asked if he could elaborate further, Gunn replied: “You’ll have to wait and see.”

As for the plot of Guardians of the Galaxy Vol 3, it’s possible the storyline could see Star-Lord in search of the Gamora variant from Avengers Endgame.

After all, the latter movie ended with him searching a map of space for her, before jetting off from Earth with Thor.

Aside from their appearance in Thor Love and Thunder next year, before their third outing, we’re getting The Guardians of the Galaxy Holiday Special in Christmas 2022 on Disney+.

DON’T MISS
Avengers 5 exclusive: Alan Silvestri on if he’ll return as composer [AVENGERS 5]
The Suicide Squad’s secret cameo made by Guardians of the Galaxy star [GUARDIANS]
Kang the Conqueror ‘set to go back in time to Avengers Infinity War’ [KANG]

Gunn plans to direct both the special and Guardians of the Galaxy Vol 3 back-to-back.

As for the rest of this year, there’s Eternals releasing in November, followed by Spider-Man No Way Home a month later.

While on Disney+ there’s the Hawkeye series, which has a Christmas theme, and Ms Marvel to look forward to.