Axel Witsel, who was an injury doubt for the European Championships, has been named in Belgium’s squad announced on Monday. 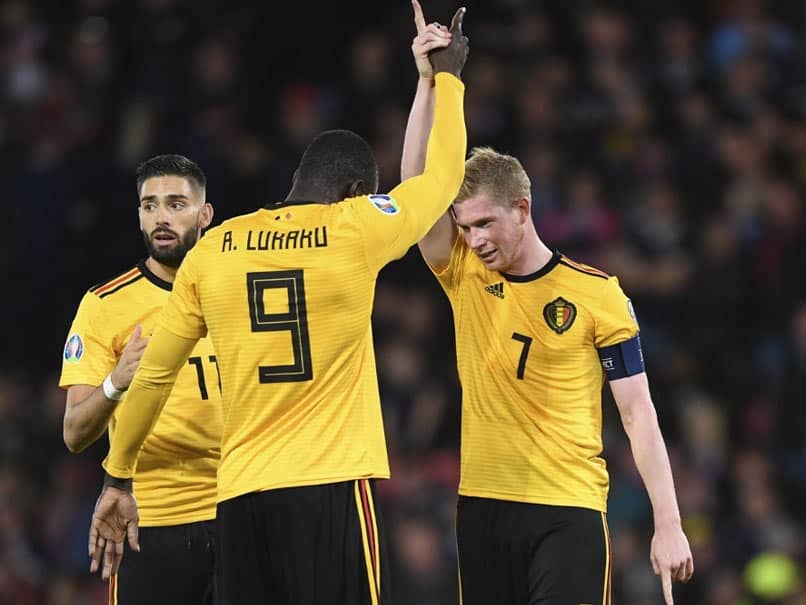 Belgium coach Roberto Martinez on Monday named a 26-strong squad for Euro 2020 including Axel Witsel but without Marouane Fellaini. Witsel underwent an operation on his achilles tendon in January and resumed running just a few days ago, leaving his availability for the June 11-July 11 tournament in doubt. “With a squad extended to 26 (instead of 23), I can take this risk (on Witsel), he’s a unique player,” said Martinez. Fellaini, who has not played for Belgium since the 2018 World Cup after which he left for China, has not been summoned from international retirement.

The squad, which also includes a stand-by list of 11 players, must be officially declared to UEFA by June 1 at the latest.

Belgium, the world’s top-ranked side, have been drawn in Group B and will play Russia on June 12, Denmark five days later and Finland on June 21.

Copa America paid tribute to Diego Maradona with a spectacular light-and-effects display ahead of Argentina’s match against Chile.

Previous articleTravis Barker’s Ex Seemingly Accused Him of Having an Affair With Kim Before Dating Kourtney
Next articleNew movies to Netflix UK this week: What new films are coming to Netflix this week?