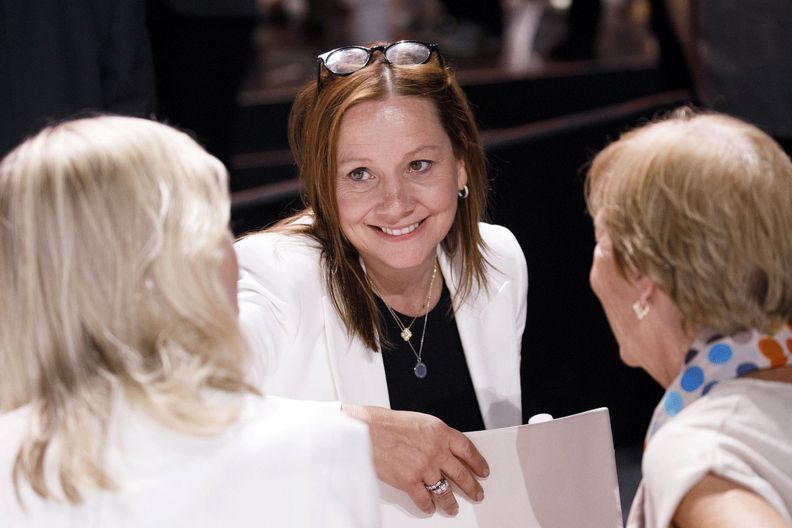 Editor’s note: GM posted adjusted earnings before interest and taxes (EBIT) of $9.7 billion in 2020 and $8.4 billion in 2019. An earlier version of this story misstated those figures.

DETROIT — Mary Barra remained the highest-paid CEO of the Detroit 3 in 2020. She earned $23.7 million, a 9.4 percent increase, in her seventh year leading General Motors.

Barra is the only Detroit 3 CEO who is also chairman. Her compensation, disclosed Friday in GM’s annual proxy statement, includes a base salary of about $2 million, a 5 percent decline from 2019; $3.8 million in short-term incentives vs. $2.7 million in 2019; and $13.1 million in stock awards, up from $12.1 million.

Because of the coronavirus pandemic, GM deferred 20 percent of salaried employees’ pay from April 1 to Aug. 1. It repaid the deferred amounts with interest in October. Senior leadership took an additional 10 percent pay cut, which was later replaced with shares subject to time-vesting requirements. Pay for GM’s board of directors was cut 20 percent and not repaid.

Most of GM’s current executive officers were new to their roles last year.