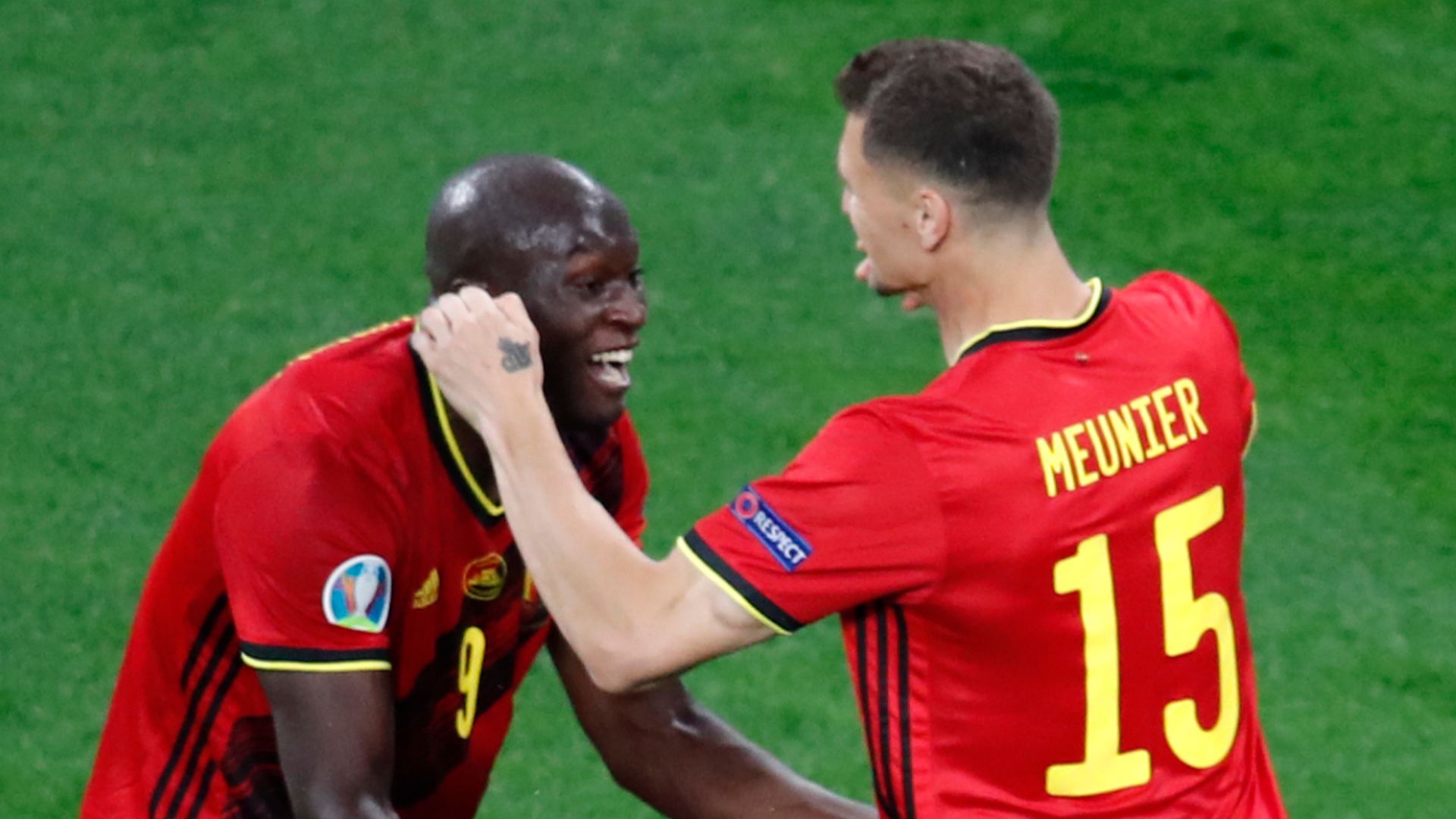 Romelu Lukaku kept up his superb scoring form for Belgium with a double as they opened their Euro 2020 account with a 3-0 Group B victory over Russia.

Lukaku, stood in an offside position, turned and fired home from Dries Mertens’ cross after a touch from Andrei Semyonov ruled him onside in the eyes of the officials in St Petersburg.

First-half substitute Thomas Meunier added a cushion for the FIFA top-ranked team, turning home the rebound after Thorgan Hazard’s left-wing shot had been turned into his path by Anton Shunin.

With two minutes remaining Lukaku added his second – and his 20th in his last 15 competitive internationals – by outpacing defender Igor Diveev from Meunier’s pass and beating Shunin with a low finish.

Russia had started the better on home soil but flagged badly after falling behind and failed to use veteran forward Artem Dzyuba’s height to their advantage, as they failed to test Thibaut Courtois throughout and started their Group B campaign with a hard-working but frustrating defeat.

Man of the match: Romelu Lukaku

How Lukaku spearheaded Belgium to victory in Russia…

Officially the away side but playing in front of their home fans in their country’s second city, Russia’s early intensity and pressure rocked Belgium, who took the opening minutes to settle into the game.

Lukaku’s early goal, fortunate in its nature, settled their nerves with their free-scoring striker ruled onside after Semyonov’s unfortunate touch gave him an open goal from 12 yards. He dedicated his opener to Inter team-mate Christian Eriksen, who had collapsed in Denmark’s defeat to Finland earlier on Saturday.

Chances remained at a relative premium until Hazard, from another defensive mistake, pulled a smart save from Shunin at his near post with a low effort from wide. The Dortmund winger forced the goalkeeper into action again 11 minutes before half-time, but this time palmed the ball straight at Meunier, who pounced on the loose ball to double Belgium’s lead.

Russia had little to offer to test the Belgium defence once they got to grips with the frame of Dzyuba, but Mario Fernandes should have done more to test Courtois from a corner.

The second half became somewhat of a non-event thanks to Belgium’s comfortable lead and little to trouble them from Russia’s perspective, but in the final minutes they added to their advantage to equal the scoreline from Italy’s impressive opening victory against Turkey.

Meunier’s fine threaded ball from midfield saw Lukaku show his pace to beat Diveev in a foot race and fire past Shunin from inside the box to secure a scoreline which matched Belgium’s lofty expectations – for their opening game, at least.

Man of the match – Romelu Lukaku

When his team needs him, he delivers. Belgium probably would have found a way to win anyway but his early goal set them on their way after a low-key start in what was effectively an away game for the Red Devils.

His second goal was a different kind of strike – using his pace and composure to add Belgium’s third of the night, in a game where he stole the show.

Russia are the first of these two sides to play again, facing Finland in Saint Petersburg on Wednesday (kick-off 2pm), Belgium travel to Copenhagen to play Denmark (kick-off 5pm).