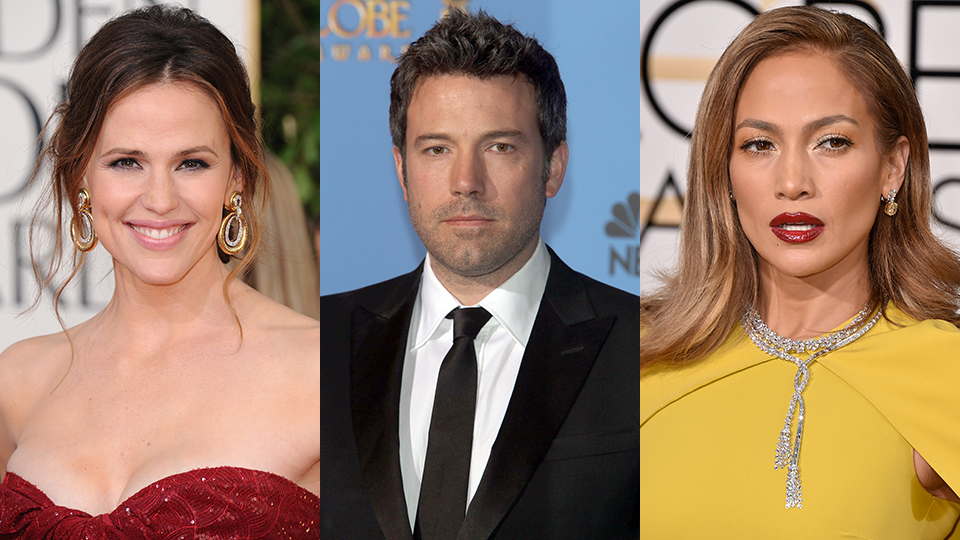 All good. Ben Affleck and Jennifer Garner’s reunion amid Jennifer Lopez dating rumors proves that the 13 Going on 30 star has no issues with her ex-husband getting back together with his ex-fiancée.

Affleck and Garner, who divorced in 2018, were photographed together for the first time since he got back together with J-Lo at their 12-year-old daughter Seraphina’s sixth grade graduation on Monday, June 14. The former couple were seen walking with Seraphina after the ceremony in Santa Monica, California. For the occasion, Affleck wore a black suit and a green tie. Garner, for her part, dressed in a long black-and-white floral dress with short sleeves, while Seraphina wore a black jumpsuit and held her blue graduation gown in her arms. (See the photos here.)

Along with Seraphina, Affleck and Garner share daughter Violet, 15, and son Samuel, 9. The former couple married in 2005 and separated in 2015. They finalized their divorce in 2018. Affleck and Garner’s reunion came a day after the Good Will Hunting star was photographed kissing J-Lo at a dinner in Nobu in Malibu, California, on Sunday, June 13. Pictures show the couple making out and laughing while attending J-Lo’s sister Linda Lopez’s 50th birthday alongside the Selena star’s other family members. J-Lo’s 13-year-old twins with ex-husband Marc Anthony—Max and Emme—were also at the table.

Affleck and Lopez, who got engaged in 2002, dated from 2001 to 2004. They got back together in 2021 after Lopez’s split from Alex Rodriguez. As for what Garner thinks of Lopez, a source told Us Weekly in June that the Dallas Buyers Club actress approves of her ex-husband’s new romance. “J. Lo has Jennifer Garner’s seal of approval,” the insider said, noting that both Garner and Lopez have met. “J. Lo thinks Jennifer is a kind and wonderful person and an amazing mother.”

Though Garner and Affleck have an amicable relationship, a source told E! News on at the time that the Alias alum still doesn’t want to know too much about his new romance. “Jen does not want to get involved. She has completely moved on,” the insider said. “She continues to focus on her kids and that is her priority. When the kids are with Ben, she hopes that is his priority too. What he does the rest of the time is not her problem. She has done everything she can to foster great relationships between Ben and the kids. But she won’t get involved with who he dates or his private life.”

A source also confirmed to Entertainment Tonight at the time that there’s “no animosity” between Garner and Affleck as he rekindles his love with Lopez. “Jen Garner is accepting of Ben and there is no animosity. As long as Ben stays on track and keeps the situation healthy, especially regarding the kids, then Jen is happy,” the insider said.

Previous articleIndia’s WTC triumph can take a test cricket what the T20 World Cup did in 2007: Cheteshwar Pujara
Next articleDecoding The Climax With Dibakar Banerjee & Varun Grover– EXCLUSIVE!