The best Chromebooks are good laptop options for students, casual users, and people on a budget that are cheaper than laptops with full operating systems. Chromebooks are such a good deal that you should get one if you don’t need a Windows or macOS computer.

Chromebooks are always on our lists of the best laptops and 2-in-1 laptops. Chromebooks all use ChromeOS, which focuses more on cloud computing than on files and software that are installed locally. This helps keep Chromebooks cheap because the system’s hardware doesn’t have to work as hard as it does with other operating systems. This lets lower-end hardware work well.

THE BEST CHROMEBOOK FOR 2023

The high-end versions of the HP Elite Dragonfly Chromebook are only for some. Even though this is the most expensive Chromebook we’ve ever seen, it has cheaper entry-level configurations that make it a better choice for students than just for bosses and organization fleets.

It’s the most potent Chromebook we’ve ever tested, and even the basic 12th-generation Core i3 model has specs that would make many Windows and macOS laptops blush.

With the first Chromebook to be powered by Intel vPro and some of the best security features we’ve ever seen on a Chromebook, this is the perfect lightweight and portable productivity Chromebook. Still, you’ll have to pay a lot of money for it.

It can be hard to know what to buy if you want a cheap laptop. Yes, you can find Chromebooks for as little as $100, but be careful: these won’t be fast, sleek machines that can get you through an entire workday. The cheapest models are better for kids and older relatives who don’t like technology.

The Acer Chromebook 314 Touch is a good choice if you want a cheap Chromebook that can do what you need for work or school. With a resolution of 768p, the screen isn’t the best, but that won’t matter for everyday tasks like web browsing and word processing, and everything else about this Chromebook is excellent for the $300 price tag.

The chassis is small and light and doesn’t have the standard of widescreen bezel on cheap laptops. Local flash storage of 64GB is a little, but Chrome OS is built to use the cloud, so you’ll have a lot more space in Google Drive to store your files.

The Acer Chromebook 314 Touch is powered by an Intel Celeron processor, which isn’t the most powerful CPU in the world. However, Chrome OS runs smoothly on it, and the Intel UHD 600 graphics mean you can play some games from the Google Play Store. 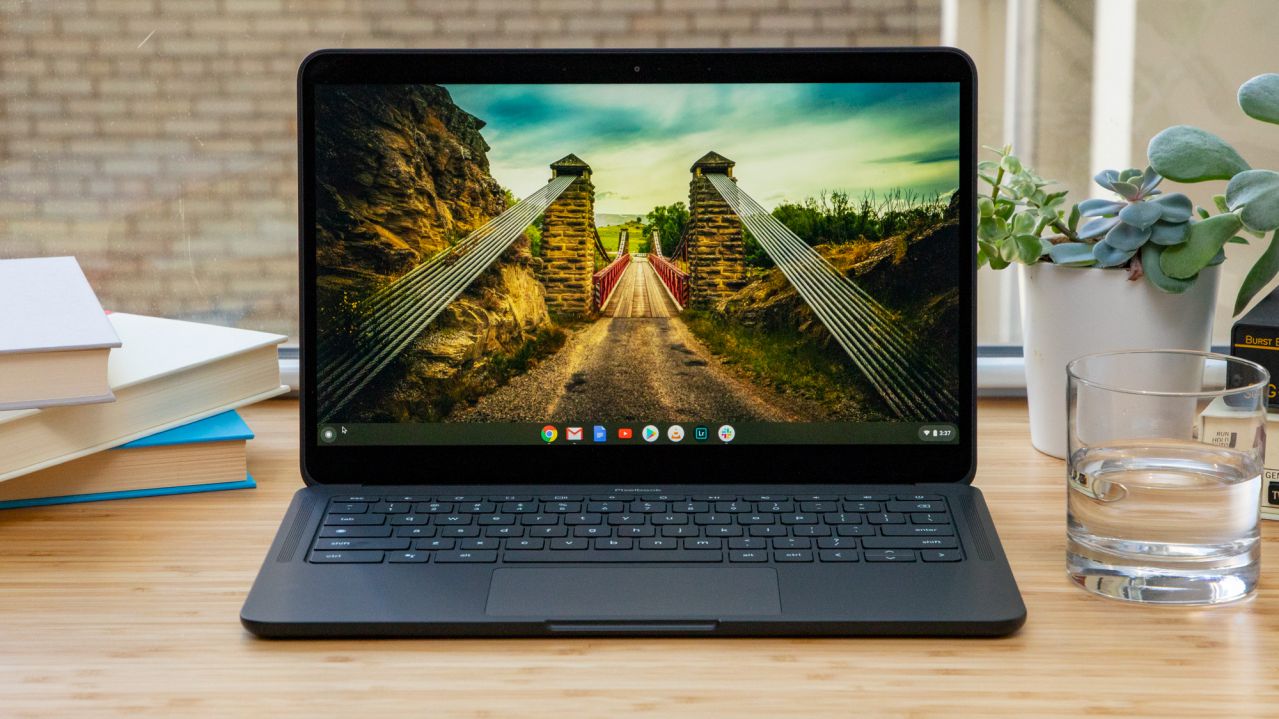 Since Google made the Chrome operating system, it shouldn’t be a surprise that it also makes one of the best Chromebooks on the market. The original Pixelbook used to be the best on our list, but the new Pixelbook Go is even better. It proves that Chromebooks can compete with mainstream Windows laptops and MacBooks without sacrificing style or value.

The Pixelbook Go’s excellent battery life, which lasts longer than many other laptops, is its best feature. This means you can use your device all day at work or school without having to charge it. It also keeps its charge well when you’re not using it, so you can close the lid, put it in your bag for a few days, and pick up right where you left off when you return.

It also has an amazing “Hush” keyboard that feels great and doesn’t make any critical noise, even when you type quickly. The Pixelbook Go is so good that we’ve started using it when we need to work on the go instead of more powerful Windows laptops.

Google just got rid of the Pixelbook team, so don’t expect any new models in the near future. You can still buy a Go right now, and you probably will be able to until Google sells off all its remaining stock. The only problem is that the higher-end configurations can get quite pricey, which may have led to its untimely death. 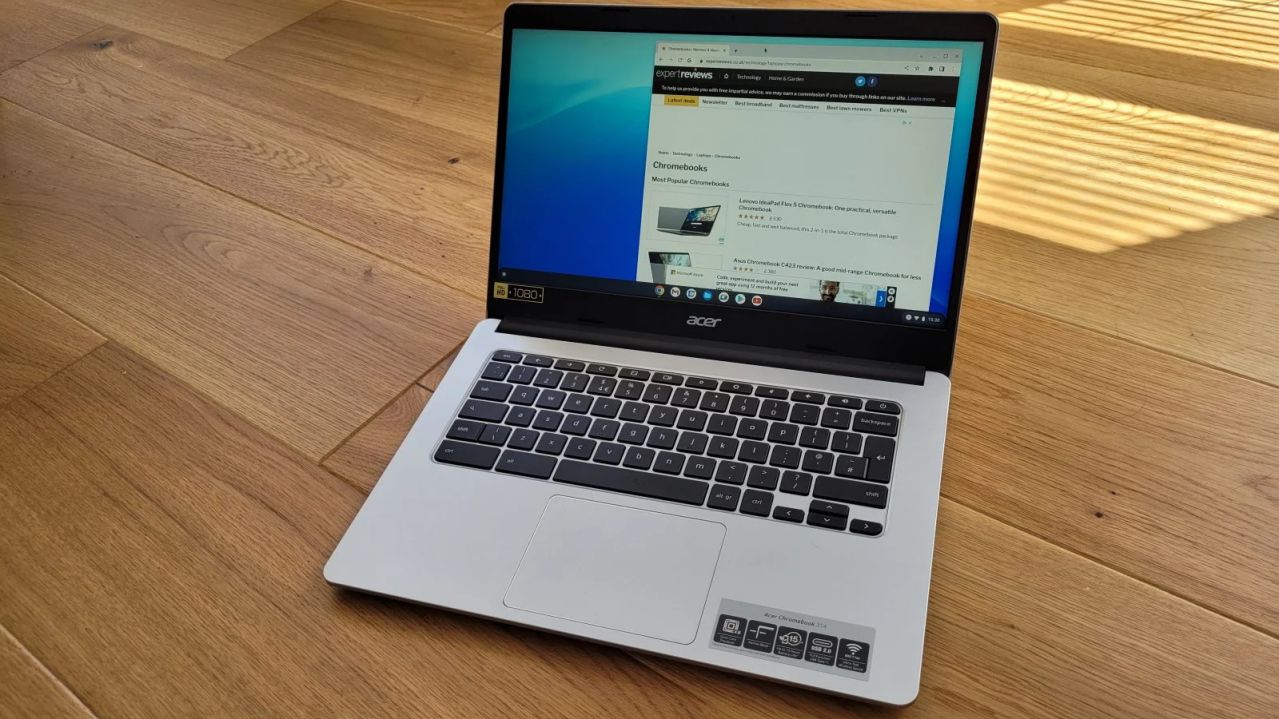 The Chromebook Vero 514 from Acer is the first new laptop that runs on Chrome. This year, Acer released its first Aspire Vero laptop. It was made with post-consumer recycled plastics and a sustainable design philosophy at a time when we, and the planet, need eco-friendly tech more than ever.

The Chromebook Vero 514 was great to see. It was a long-awaited sign that Chromebooks wouldn’t be left behind as Acer leads the way in making better hardware for the environment. The Vero 514 is the most environmentally friendly Chromebook you can buy. Its chassis, keycaps, touchpad, and speakers are all made from recycled plastic going to the ocean.

The base model starts at $499, a bit pricey for a Chromebook, but the specs are pretty good. You can get up to a 12th-generation Intel Core i7 CPU with built-in Iris Xe graphics and up to 512GB of real M.2 SSD storage instead of slower flash storage so you can install all your favorite apps locally on the device.

It has an excellent 1080p screen and a battery that charges quickly. And a webcam with 1080p? Oh, and it also has Wi-Fi 6E and many physical ports. The Vero 514 has everything; it might even be a better laptop than the Aspire that came before it.

We always learn something new, but some know more than others. The Lenovo IdeaPad Flex 3 is an excellent choice for younger students. It has a sturdy design that works well for people who want to throw everything in their backpacks quickly or who tend to drop things on the floor. The keyboard’s base and hinge are solid to handle careless handling.

This Chromebook isn’t the most powerful, but students need reliability more than power, mainly if they only use it for homework, taking notes, and watching Netflix occasionally. The IdeaPad Flex 3’s battery life, which we tested and found to be a whopping 16 hours and 20 minutes, makes it possible for them to get through a whole day of school without having to plug in. It’s also very cheap, which should help parents who need to buy their kids a laptop for school.