You’ll feel better, your health will improve, and you’ll have less stress. If the first thing that came to your mind was cardio and you dread it, we have good news! Studies have shown that a standing desk can help you do the above. Standing desks can help improve mental health by getting people off their chairs and on their feet. In recent years, especially among remote workers, standing desks have become very popular because of all the research that shows how bad it is to sit for long periods. Desk makers are always coming out with new styles and sizes, so it’s easier than ever to find the best standing desk for your needs.

As was already said, just standing up can be good for your health. Research has shown that office workers spend more than 80% of their day sitting down. Because of this, standing while we work can make up for the time we spend sitting, letting us burn more calories and fight against a sedentary lifestyle. Health experts often warn against living the dream of a couch potato. One study shows that the chance of a stroke increases by seven times if you sit on the couch too much.

I tried out different models with a wide range of features and price points to compile this ranking of the best-standing desks. There are a variety of models to choose from, but all of them have one thing in common: they can be raised or lowered to suit your specific home office needs. As a result, there is a standing desk to suit your needs regardless of whether you prefer to use a laptop, a desktop computer, or prefer to sit most of the day at a traditional desk. 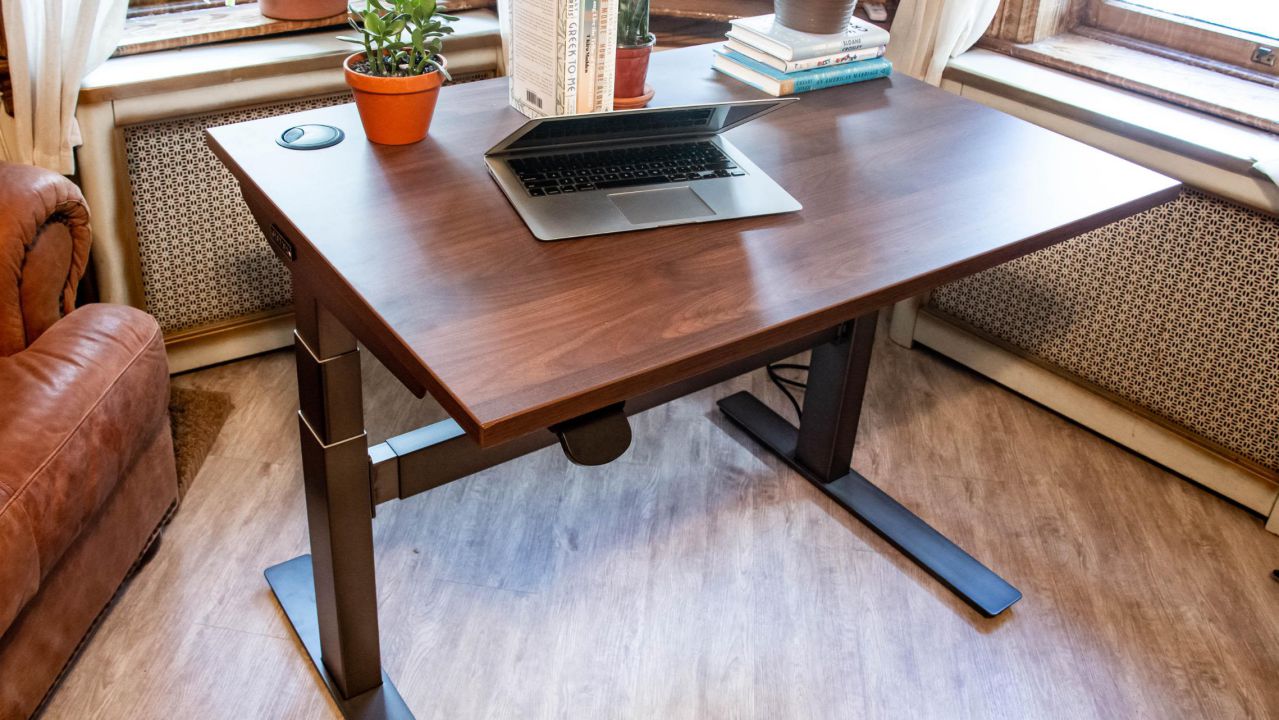 Experts said that the UpLift V2 was the standing desk that was most often recommended.

The UpLift V2 is all about customization, with five desktop sizes and “two dozen desktop materials available,” writes The Strategist. The cheaper options are laminate or bamboo, while the more expensive ones are solid walnut and live-edge pheasant wood.

It’s not just the size and type of wood that can be changed. You can also add places to mount accessories, more storage, and even a hammock that goes under the desk. Users can also pre-set four heights on the UpLift V2, so you don’t always have to try to get the perfect height!

The UpLift V2 can go as high as 51.1 inches, but it is still very stable even at that height. Tech Radar says, “One problem with some standing desks is that they can be a little wobbly, especially when they are extended to higher levels.” Uplift is stable because it has stability braces built right in.”

CNet said the UpLift V2 was “easier to install than expected” and only needed a few tools. This is good for people who are busy. 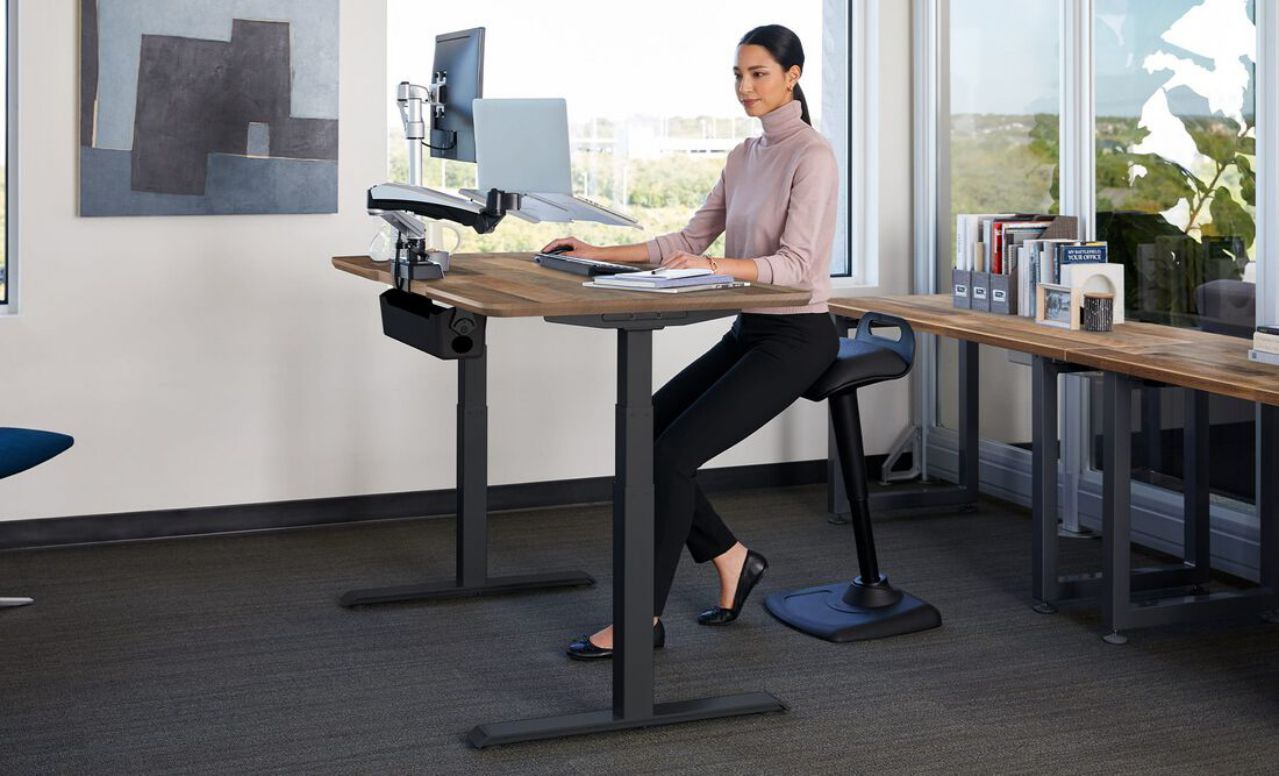 Many people also liked how sturdy the Vari Electric Standing Desk was. The New York Times called it the “most stable standing desk possible” and said, “Even at its tallest height of 50.5 inches, it barely moved when pushed hard in all directions.” We don’t recommend that, but it’s a great feature! Gear Patrol agrees that the Vari Electric is very sturdy. They say its T-style legs and heavy-duty steel feet make it “one of the most stable on the market.”

The desktop is thicker than other desktops on the market (1.25 inches vs. 1 inch). The Vari is also a more oversized standing desk. It is 60 inches wide, 30 inches deep, and weighs 200 pounds! CNET says that because of its size, the Vari Electric can “easily hold a dual monitor work setup with monitor arms and pretty much any other office supplies or desktop options you need.”

Even though the Vari Electric may not be as customizable as some competitors, it has options for the desktop finish, a digital display on an electric control panel, storage, cable management, and other features. Like the UpLift V2, the Vari Electric was praised for how easy it was to put together. 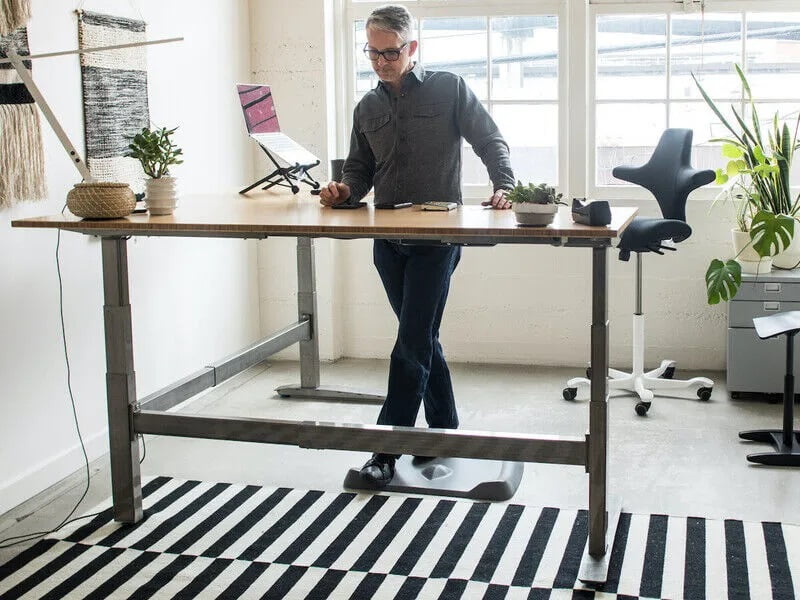 Many people also liked how strong the Vari Electric Standing Desk was. The New York Times called it the “most stable standing desk possible” and said, “Even at its tallest height of 50.5 inches, it hardly moved when pushed hard in all directions.” That’s not a good idea, but it’s a great feature! The Vari Electric is very sturdy, says Gear Patrol. They say it is “one of the most stable on the market” because it has T-shaped legs and heavy-duty steel feet.

The desk is thicker than other desks on the market (1.25 inches vs. 1 inch). The Vari is also a standing desk, but it is bigger. It’s 60 inches wide, 30 inches deep, and weighs 200 pounds! CNET says that because of its size, the Vari Electric can “easily hold a dual monitor work setup with monitor arms and just about any other office supplies or desktop options you need.”

Even though the Vari Electric may not be as customizable as some competitors, it has options for the desktop finish, a digital display on an electric control panel, storage, cable management, and other features. The Vari Electric was praised for being easy to put together, just like the UpLift V2. 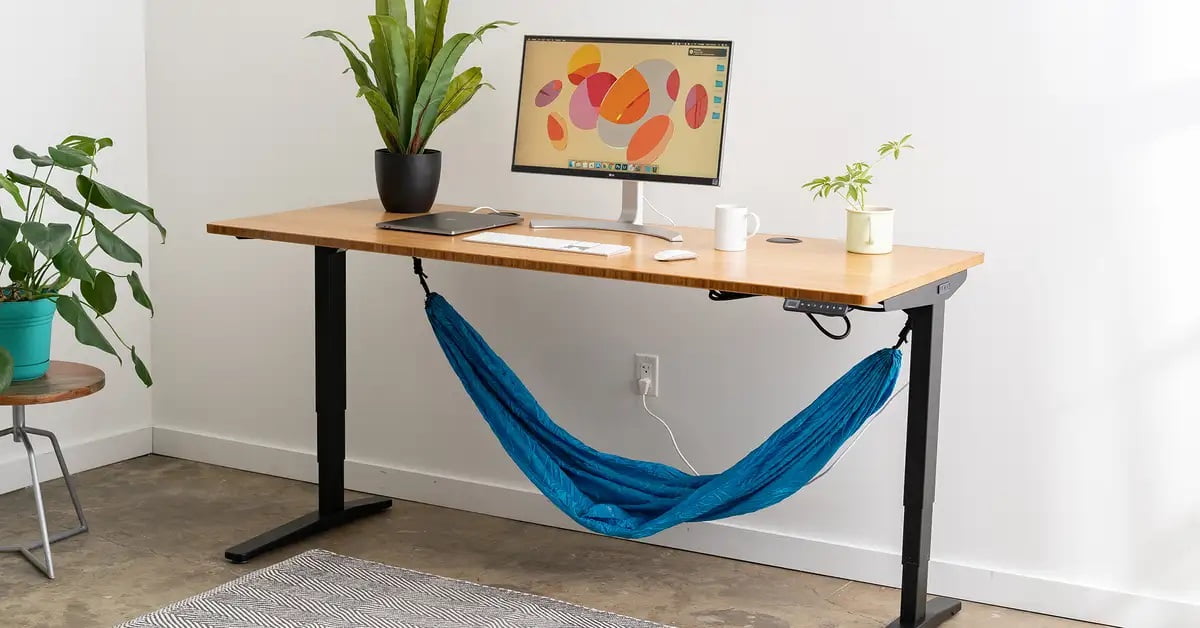 Esquire says that the Branch Adjustable Standing Desk is “ergonomic, simple, and pretty.”

Esquire didn’t stop there. They also said that the Branch has a “three-stage lift system that is stable and smooth. You won’t have to move your bottom half from sitting to standing and back again.”

The Branch didn’t have as many sizes and colors to choose from, but CNN says it has a “high level of craftsmanship in a standing desk that ultimately rises above the best with smooth motion, a sturdy build, and a design that doesn’t distract.”

The top of this standing desk was rounded so that people could rest their arms comfortably on it. The Branch was also praised for how functional it was. The Branch is stable for people up to 6 feet 8 inches tall, has four memory presets for different heights, and has helpful extras like power outlets and cable management.

Branch was also praised for how well it worked and how well it was made. TechRadar also said that the Branch has a “melamine desk surface that is both stain-resistant and impact-resistant.” This means that spills or other accidents shouldn’t damage it. 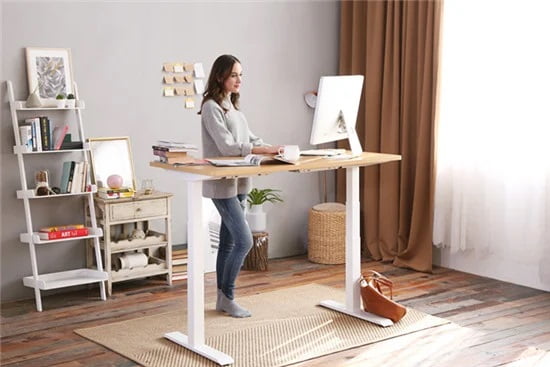 Since it has a 40-inch desk, the SHW might be best for people with limited space. This desk was also the least expensive of the ones on this list.

Even though the SHW desk is cheap, it has options and can be changed in ways that have earned it high praise. CNN says the SHW Electric Height-Adustable Computer desk is “a surprisingly sturdy and functional desk at a surprisingly low price.”

The desk was praised for its (albeit limited) customizability and features and the fact that it was a good choice for people on a budget who wanted a table. Yahoo says, “The desk has a few different wood finishes on top of a black or white frame, and there’s a wire basket under the desk for power cords and bricks.”

What you should know before buying a standing desk

A new piece of furniture is a big investment, and you’ll need careful consideration before making a final decision.

With the right research, you can find a great standing desk for your needs at almost any price point. The Latitude Run Amilcar and Ikea Skarsta Standing Desk were my top choices for under $250.

How much space do you have?

Before buying a standing desk, ensure you have enough room for it. Don’t limit yourself to thinking about where it will go. Make sure you don’t overlook any potential obstacles in the way of the box’s passage. If you can’t get it up your third-floor walk-up, it won’t fit in your planned office space.

How tall do you want to go?

Different brands and styles of adjustable-height desks have different height ranges that aren’t always interchangeable. If you’re on the shorter or taller end of the spectrum, you’ll want to double-check the specs to ensure you can sit and stand comfortably at the desk.

Standing desks powered by electricity are more expensive than manually powered desks, so your budget will play a role, but there is more to consider. They are quieter and lighter because there is no motor under your desk to make noise. Manual tables have pneumatic pedals, hand cranks, or other manual controls. Manual desks don’t necessitate proximity to an electrical outlet to function. Some electric desks have digital height readouts so that you can always return your desk to the same sitting or standing height settings at any time.

Options for additional shelves and wheels are also available.

Wheels can be attached to standing desks to make it easier to move around. In some cases, you can mount the electric or manual height control to the left or right side, depending on which hand you use most frequently. Sometimes, you can put a monitor on the upper level and your keyboard and mouse on the lower level. Consider whether or not any of these sound appealing before making a purchase.

Never Forget a Birthday Again: An iPhone Feature to Help You Out

Previous articleSana’a. Inmates in Houthi prison announce hunger strike
Next articleDetails of setting up the first factory of its kind in Egypt and exporting products abroad