Big Brother Recap: Did the Houseguests Go Through With Evicting Frenchie? 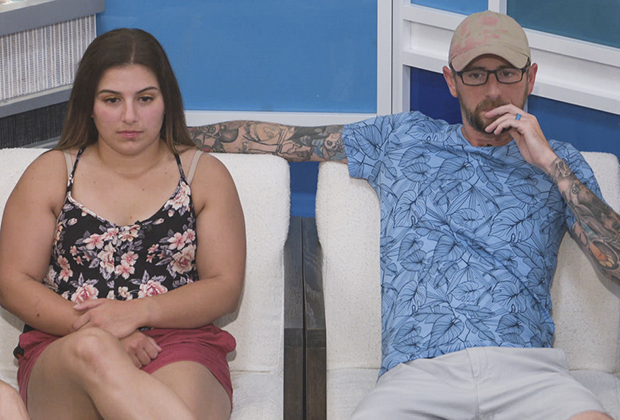 We know we’re supposed to expect the unexpected during any given Big Brother season… but heading into Thursday’s episode, it was hard to imagine anything derailing a certain farmer’s eviction from the Season 23 house.

After a power-trippy Head of Household reign left Frenchie a little too big for his camo overalls last week, he became HOH Kyland’s primary target this time around, and a second consecutive Power of Veto win for Derek X. left both Frenchie and Britini as the week’s nominees. Still, was Frenchie’s eviction ultimately the foregone conclusion that it seemed? Read on for the highlights of Thursday’s hour:

THE STRATEGY | After the veto goes unused, Britini decides to keep an extremely low profile for the rest of the week, which means there’s essentially no footage of her campaigning for votes. Instead, we get some clips of Britini freestyle rapping around the house, which is only about half as cringe-inducing as you might expect. (Rhyming “entertained” with “sustained” is pretty quick!)

Frenchie, meanwhile, does some serious campaigning, attempting to persuade his fellow houseguests that he’ll always be a bigger target than them if he remains in the house. And when he’s not taking that approach, he’s assuring other players that they wouldn’t be on his radar for eviction ever again, and he pledges to play a much quieter game moving forward.

Those are some solid pitches, and a few houseguests even appear to consider them carefully — but in the next segment, it seems most of the house is already plotting next week’s strategy, and none of it seems to involve Frenchie. Kyland, though, seems pretty well-positioned to stay in the game, after getting promises from the entire Kings team and Aces team member Derek X. that Kyland won’t go on the block if any of them win Head of Household next.

THE EVICTION | After one more rap from Britini — this one wisely rehearsed — the votes are cast, and Frenchie is evicted almost unanimously. (Derek F., with whom Frenchie had a ride-or-die Final Two alliance since the beginning, is the lone vote against Britini.) And despite the strategic havoc he wreaked in the past two weeks, Frenchie gives a sweet pre-vote speech and pulls his fellow houseguests into a group hug before leaving.

In his interview with Julie Chen Moonves, Frenchie says he wanted to break the unfortunate tradition of an older houseguest getting ousted first, and he’s proud he accomplished that. As for whether he regrets not taking Julie’s double-or-nothing offer in the season premiere, he says he doesn’t: He wanted to see pictures of his kids, and that made his sole week of safety worth it.

THE HEAD OF HOUSEHOLD COMPETITION | This week’s HOH competition is a simple trivia-based one, where houseguests must answer true or false questions about videos featuring comedian (and Celebrity Big Brother contestant!) Tom Green. The final five players standing are Xavier, Sarah Beth, Derek X., Hannah and Alyssa, and Xavier emerges victorious with safety for himself and his teammates Alyssa, Sarah Beth and Christian. (I was rooting for Derek X. myself, but it looks like he intentionally whiffed on that last question. Sneaky!)

Your turn! Were you happy to see Frenchie walk out the door? And who do you think Xavier will target this week? Drop a comment below with your thoughts!

Henry Cavill’s The Witcher To be Shaped Up In An Extended Universe Like Star Wars?

Previous articleHere is a stock purchase strategy now that the rates are lower again
Next articleNetflix: All American season 3 is coming to Netflix on July 27, 2021