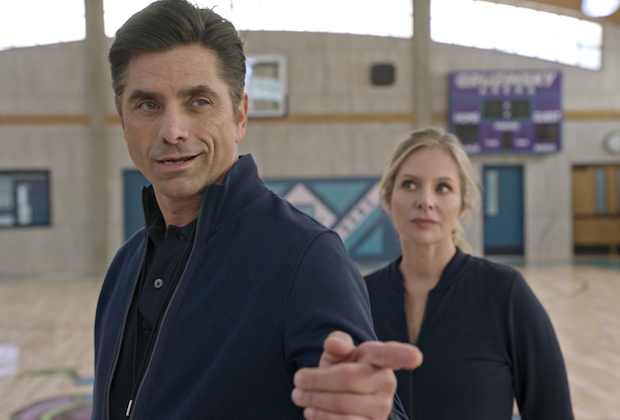 Upon arriving for his first day at the prestigious Westbrook School for Girls in Disney+’s Big Shot, John Stamos‘ disgraced basketball coach Marvyn Korn is confronted by Yvette Nicole Brown‘s no-nonsense headmaster, Sherilyn Thomas: “Coaches here are not just teachers,” she tells him. “They’re expected to be role models.” But is Korn capable of setting a good example?

The Full House and ER vet plays the infamous sports figure at the center of the David E. Kelley-produced dramedy, which debuted Friday. The opening montage reveals the irredeemable act that got him sacked by the NCAA: In a moment of rage, Korn threw a chair at a referee, ending his Division I career in one fell swoop. When his agent (played by guest star Adam Arkin) is unable to get him another job in Division II or [shudders] Division III basketball, Korn accepts a gig at the aforementioned all-girls high school, which proves to be his most challenging job yet. 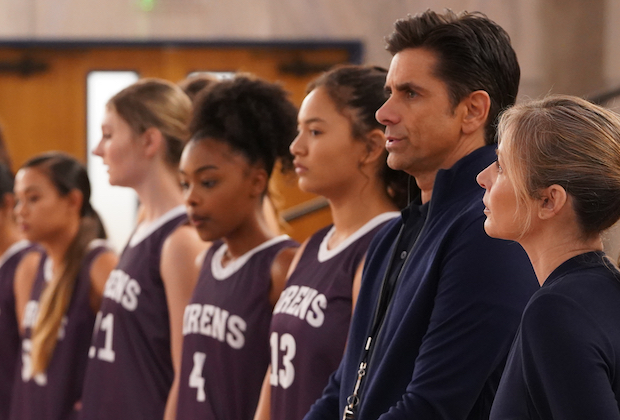 Of course, Korn doesn’t make things easy on himself — or anyone else for that matter. Upon introducing himself to the Westbrook Sirens, Korn cautions that he’s not always a nice person. “If I call you stupid, I give you permission to ignore it,” he says. “But if I tell you why you’re stupid, I want you to pay close attention.” He fat-shames power forward Destiny Winters (he eventually apologizes, but maintains that shedding five pounds will help her reach her full potential on the court); nearly scolds shooting guard Samantha “Giggles” Finkman, who suffers from Pseudobulbar affect, for laughing during his introduction; and suspends star player Louise Gruzinsky for talking back.

Korn gets off on a slightly better foot with his assistant coach, Holly Barrett (Glee‘s Jessalyn Gilsig). After their first practice, Barrett asks Korn out for a “get to know you” beer. They discuss the fine line Korn must walk now that he’s coaching teenage girls, and bond over their shared failed marriages: Korn was too devoted to the job to make time for his family; Barrett cheated on her husband, who had checked out of their relationship long before her affair.

As to be expected, benching Louise opens a whole can of worms. Her father, wealthy businessman Larry Gruzinsky (Battlestar Galactica‘s Michael Trucco), paid for Westbrook’s basketball court. And his latest sizable donation came with a big ask: He insisted that Westbrook hire Coach Korn in hopes that he’d turn the Sirens’ luck around and shape Louise into a desirable Division I candidate. Larry confronts Korn about his decision to suspend his daughter ahead of the big game against Laguna, but Korn is unwavering in his decision — at least at first. Barrett tells Korn that beneath Louise’s arrogant exterior is someone quite fragile, but Korn doesn’t believe it until he sees it with his own eyes. He even has a backup plan in place: He wants Giggles and fellow teammate Carolyn “Mouse” Smith to work together to fill Louise’s shoes. He encourages them to get to know each other and develop a steadfast chemistry, but there’s already history there: Mouse had a crush on Giggles and acted on it, having misread the situation. 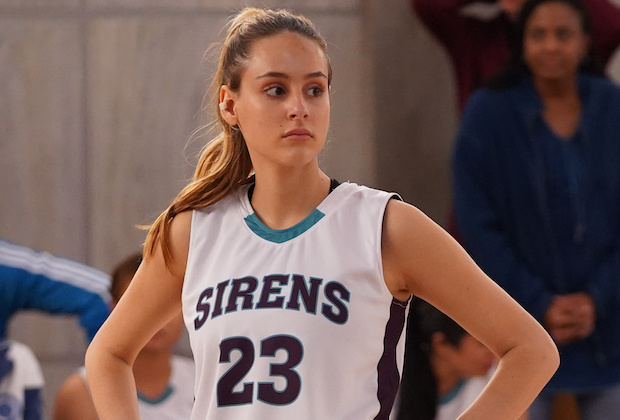 Ahead of game day, Louise nearly runs Korn over in the parking lot. She’s too emotional to drive. She pulls over and tells her coach that her father has put substantial pressure on her to get into Stanford or UCLA. If scouts attend Friday’s game and see that she’s benched, they’ll wonder if the team’s rising star lacks basic leadership skills. Korn, who may or may not have daddy issues of his own (more on that in a bit), sees Louise for who she really is now, and agrees to let her dress for the game. She still can’t play, but she can let scouts think she pulled a hamstring.

After a full week of two-a-days, it’s time for Westbrook to show Laguna what they’re made of. But at the end of the first half, the Sirens are behind. The home team heads back to the locker room, where Coach Korn opens up to the girls as part of a much-needed pep talk. He tells them that he wasn’t much of a player himself, and his father saw him as an embarrassment. (A ha! #DaddyIssues) “Those words drove me more than any other words to not be that,” he says. “But the irony of those words is that they made me lose myself, throw tantrums and chairs… But at the end of the day, after every game, I could look in the mirror and I could say to myself that I did everything I could to try to win — that I did my best. And that’s all I am asking of you. Try your best… You don’t have a fighting chance unless you fight.”

The ladies give it their all, but they’re still down six points, with 40 seconds to spare in the fourth quarter. Barrett pulls Korn aside and urges him to put Louise in the game. He’s made his point and the girls have proven themselves. They need their closer. Louise tags in, but misses the game-winning shot. The final score: 56-53. She looks to the stands and sees Larry. There’s nothing but disappointment in her father’s eyes.

After the game, Korn tells his players that he expects to beat Laguna next time — “but we’re just getting started.” As he heads out, Sherilyn pulls him aside and tells him “that loss was better than any win we’ve ever had.” Clearly his methods are working. 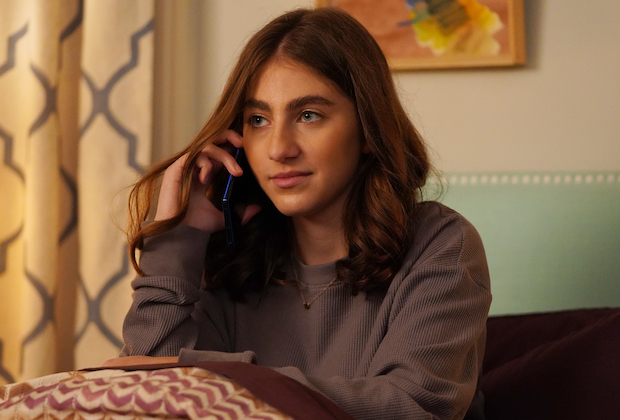 At the end of the night, Korn returns to his hotel room and receives a call from his teenage daughter Emma. He fills her in on his first game, and assures her he was true to himself — without ripping any heads off. “Dad, I kind of have this feeling that this thing can be good for you,” she says. Korn agrees.

What did you think of Big Shot? Weigh in via the following polls, then drop a comment with your full review.

Thalapathy Vijay Getting 100 Crores For His Next With Vamshi Paidipally?

The Blacklist (Almost!) Reveals Red’s Identity Ahead of Season 8 Finale