BMW dealers to tap into fund for EV costs 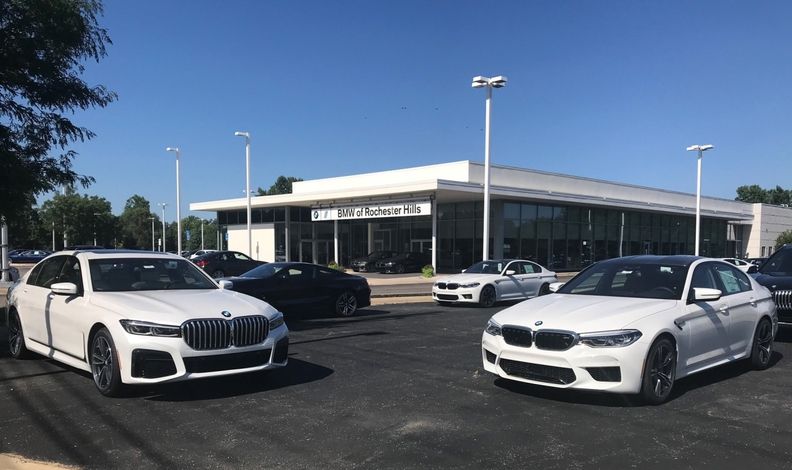 LOS ANGELES — BMW has a plan to help its dealers cover the big expense of tooling up to sell electric vehicles and equipping showrooms and service departments with vehicle chargers.

While some automakers have required dealers to shoulder those new costs, BMW will help finance the investment from an existing retailer-funded program that pays for dealer-based initiatives, technology and training. The brand’s 349 U.S. dealers already pay a flat fee into the Cost Per Vehicle fund on every vehicle they order from the factory.

“There isn’t really any out-of-pocket [cost]; that’s money that’s already in the fund,” BMW North America sales boss Shaun Bugbee told Automotive News on the sidelines of a media event here on Tuesday. “The fund is to benefit all dealers. All dealers will be participating in electric mobility.”

It is no small matter.

The addition of high-speed charging stations and upgrades to electricity infrastructure can cost hundreds of thousands of dollars per store. Porsche’s 192 U.S. dealers, for instance, are investing a combined $77 million to build their own network of fast chargers to support that automaker’s EVs.

The investment in dealer readiness is a key initiative as BMW embraces electric vehicles. Starting in early 2022, the German luxury brand will launch an EV offensive with the iX midsize crossover and the i4 sedan.

About a quarter of BMW sales in the U.S. will be EVs by 2026, said BMW North America’s outgoing CEO Bernhard Kuhnt.

BMW National Dealer Forum Chairman David Sloane referred to the financial arrangement, which was proposed by the dealers, as a win-win for retailers and the factory.

“Dealers are getting a chunk of change to help offset the cost of EV preparedness,” said Sloane, president of Sloane Automotive Group in suburban Philadelphia.

BMW’s push into the EV market is timed with a broader industry acceleration in the segment. In the next five years, automakers plan to introduce about 100 battery-powered models in the U.S., according to a forecast by Guidehouse Insights.

Adequate charging infrastructure will be key to driving demand for EVs in the U.S., where “range anxiety” remains a barrier to adoption of the new technology.

“Once the infrastructure is there, I think electromobility will accelerate even further,” Kuhnt said.

In addition to making sure its U.S. dealers have fast chargers, BMW is partnering with three public charging networks — ChargePoint, EVGo and Electrify America.

“We want to integrate [the networks’ systems] into the BMW app so that the consumer doesn’t have to interface with every provider,” Bugbee said. “They basically have one place to go and that gives them visibility into availability” of chargers.

Tesla over the last decade has leveraged its early lead in the EV space to corner an estimated 12 percent of the luxury market through March, according to the Automotive News Research & Data Center.

But now the legacy automakers are moving into the ring.

Mercedes-Benz plans to unleash up to three electric crossovers and a midsize sedan in the U.S. next year. Meanwhile, Volvo intends to become an EV-only brand by 2030.

“There will be a huge amount of [EV] offers for the consumer,” Kuhnt said. “I think Tesla for a long time was very unique in that position.”

Sitting on the sidelines in the electrification game is not an option for BMW.

“If you are a brand which is not in the game, you will lose,” Kuhnt said. “We want to be in the game strong.”

Selling consumers on EVs is one thing. But at the moment, automakers are still having to sell some of their retailers on the concept. Many U.S. dealers remain wary of the impact that low-maintenance EVs will have on a key retail profit engine — the service department.

“We have a very open conversation with our dealer network about experiences we are having [with EVs in Europe],” Kuhnt said. In Norway, where more than half of vehicle sales are EVs, “we see it absolutely has an effect on a per-unit basis because there’s less maintenance,” he said.

But given the number of combustion-engine vehicles on U.S. roads today, EVs are unlikely to have a significant effect on dealership fixed operations for about a decade, the executive said.

“It’s not as dramatic as the whole service business is going to fall apart,” Kuhnt said.

Previous articleDevon Conway: Test debut hundred a ‘special feeling’ but job not done yet for
Next articleHelen Mirren to Narrate ABC’s Wildlife Comedy When Nature Calls