Bond: Michael Caine to Richard Burton – All the legendary actors who turned down 007

Michael Caine: The screen legend was considered for the role 1967 when Connery’s original run was coming to an end. He was already established in thrillers after starring as Harry Palmer in The Ipcress File and Funeral in Berlin, and had proved his onscreen womanising credentials after his iconic turn as Alfie Elkins in the 1966 movie Alfie. Caine later said: “I was always much more ordinary. Bond was a glamorous, imaginative creation. I’ve always played real people.” His friendship with Connery may have reasssurde him he made the right decision after he later revealed that “you didn’t raise the subject of Bond” around the Scot.

Michael Gambon: The Harry Potter star was approached when George Lazenby sensationally quit before his only film, 1969’s On Her Majesty’s Secret Service, even hit cinemas.

He later recalled: “I was young and had hair, and was quite thin. George Lazenby played James Bond but wasn’t very good, so Cubby Broccoli got ten young stage actors, I was one of them, into an office in the West End and interviewed us.

Apparently, Broccoli reassured him that even the strapping Connery used on-set tricks to appear in better shape, including packs of ice to firm and shrink his chest, but Gambon wasn’t swayed.

Cary Grant: The Silver Screen idol was apparently Cubby Broccoli’s dream choice in 1960 before the franchise launched, with the producer’s wife Dana saying he was their “best man.”

At 55, Grant was worried about his age and Dana added: “Cubby knew if he asked Cary to do it, it would be a one-film deal, and then he would have to start all over again, searching for Bond.”

Richard Burton: The Hollywood legend was one of the first actors considered for the role in 1959 before the franchise launched. Bond author Ian Fleming was a huge fan and had published Dr No the previous year, and believed Burton was the right mix of “dark and brooding”.

The actor, like many at the time, wasn’t sure if the character would transfer well onto the screen or if the films would be a hit. He was approached again after Connery’s initial run but, apparently, by then his salary demands were too high.

Clint Eastwood: The actor and director was approached in 1970 after Lazenby’s exit but had one major reservation.

He later said: “I thought James Bond should be British. I am of British descent but by that same token, I thought that it should be more of the culture there and also, it was not my thing.”

Burt Reynolds: Asked in 22015 whether it was true he had turned down the chance to take over from Connery, he said: “It’s true, I hate to say it because it lowers my IQ by fifty points.”

In 2105, promoting his autobiography My Life, he confessed: “I think I could have done it well. In my stupidity, I said, ‘An American can’t play James Bond, it has to be an Englishman… Bond, James Bond. Nah, I can’t do it.’ Oops. Yeah, i could have done it.”

However, he added he tried to live with no regrets: “I always wanted to experience everything and go down swinging. So far, so good.” 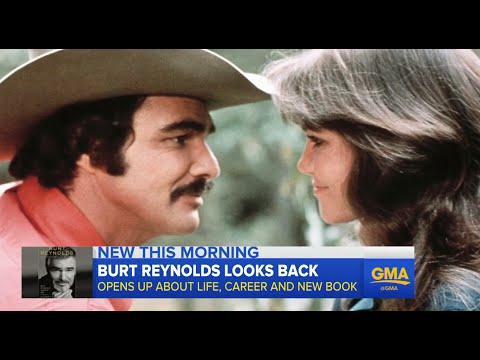 Adam West: It was the legendary TV Batman’s co-star Burt Ward, who played Robin, who revealed the actor passed on the chance to play Bond in the late 1960s.

Ward told The Express: “Yes, he actually turned the role down, and the reason why? He thought from a technical standpoint that it should be a Brit that plays the role. I think he would have been great, he would have been fabulous. He would have been closer, in my opinion, to Sean Connery, even than Roger Moore. Sean has even more of that satirical twinkle in the eye.”

He wasn’t the only Batman star to say no…

Christian Bale: The Batman star was already being eyed as a replacement for Pierce Brosnan while his penultimate film, 1999’s The World Is Not Enough, was being made.

Producer Barbara Broccoli said the role was “Christian’s for the asking” but the actor wasn’t interested, saying Bond represented “every despicable stereotype about England and British actors.” He bluntly added, “I already played a serial killer”, referring to his role as Patrick Bateman in American Psycho.

Hugh Jackman: The strapping Aussie was approached for preliminary talks when Brosnan’s final film, Die Another Day, was filming in early 2002, despite the fact that Brosnan himself wasn’t officially let go from the role until 2004.

He later said: “I was about to do X-Men 2 and a call came from my agent asking if I’d be interested in Bond. I just felt at the time that the scripts had become so unbelievable and crazy, and I felt like they needed to become grittier and real. And the response was: ‘Oh, you don’t get a say. You just have to sign on.’ I was also worried that between Bond and X-Men, I’d never have time to do different things.”