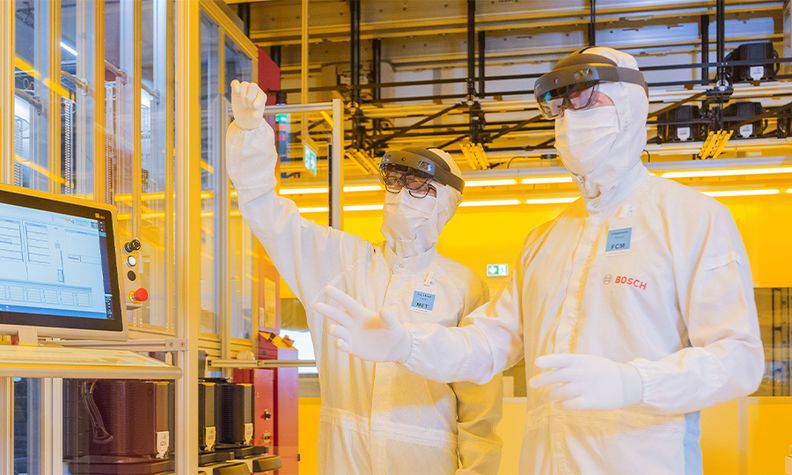 BERLIN — Robert Bosch opened a 1 billion euro ($1.2 billion) chip plant in Germany on Monday, in a record investment by the supplier as it gears up for the latest electric and self-driving cars.

The plant, located in a semiconductor hub near Dresden, enters service at a time of very tight supply and will increase Bosch’s ability to serve automakers directly and rely less on third-party manufacturers.

“Every chip that we make here in Dresden is one chip less that is lacking. That helps,” management board member Harald Kroeger told Reuters.

The specialist plant will not, however, make much of a dent in the global supply crunch that has forced many automakers to idle production and is expected by industry leaders and analysts to extend into next year.

“But it is unlikely to serve as a gap filler to the current shortages being experienced in the automotive market.”

The Bosch plant, which received 200 million euros ($243 million) in state aid under a European Union investment scheme, will start making chips for power tools in July with output of automotive chips to follow from September.

Chancellor Angela Merkel and Margrethe Vestager, the vice-president of the European Union’s executive Commission, were due to take part in a virtual opening ceremony.

“The state-of-the-art technology in Bosch’s new semiconductor factory in Dresden shows what outstanding results can be achieved when industry and government join forces,” Bosch quoted Vestager as saying.

Kroeger said Bosch supported a broader strategic push by Brussels to revive Europe’s semiconductor industry — its latest plan that was recently unveiled targets doubling the region’s share of chip production to 20 percent by 2030.

Striking the right balance between backing the leading-edge production technology and formats that will enjoy long-term demand would be important, he said: “We need to find the right sweet spot.”

Bosch is ranked No. 1 on Automotive News’ list of the top 100 global suppliers, with worldwide parts sales to automakers of $46.56 billion in 2019.

Previous articleGyles Brandreth explains why ex Celebrity Gogglebox co-star Sheila Hancock left show
Next articleNetflix: Stranger Things season 4 release date updates: Will there be a new season? When is it coming out?