Bradley Walsh, 61, was supported by his wife Donna Derby on he red carpet at the BAFTA TV Awards 2021. The Chase host smiled for pictures as he proudly cosied up to his stunning spouse. For his event attire, the presenter opted for a smart black suit with a matching bow tie and shoes.

His wife oozed glamour in a black halterneck dress with added gold and white detail.

The blonde beauty styled her hair in an elegant up ‘do and wore carefully placed make-up.

The couple tied the knot in 1997 and share son Barney.

Bradley is also a dad to 39-year-old daughter Hayley, who he shares with an ex partner. 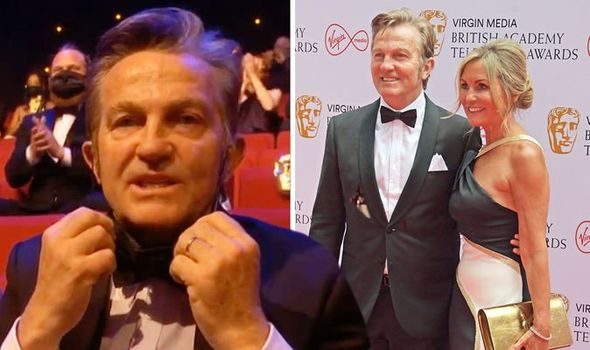 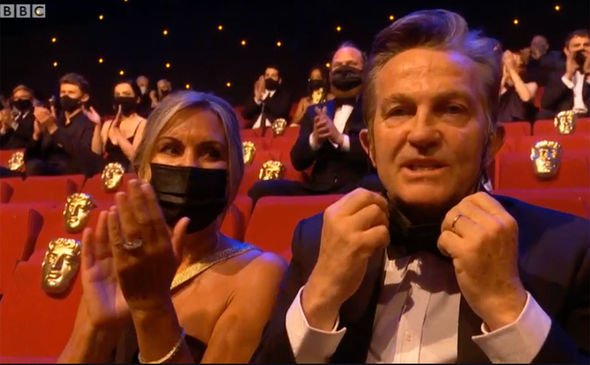 Inside the ceremony, Bradley took a seat with his wife as part of the socially-distanced event.

He was up for the Entertainment Performance award for hosting Beat The Chasers, but missed out on the win to Romesh Ranganathan.

As the winner was announced by Adrian Dunbar, The Chase star said to the camera: “I don’t believe it.”

He could then be seen cheering for Romesh as the winner made his way to the stage. 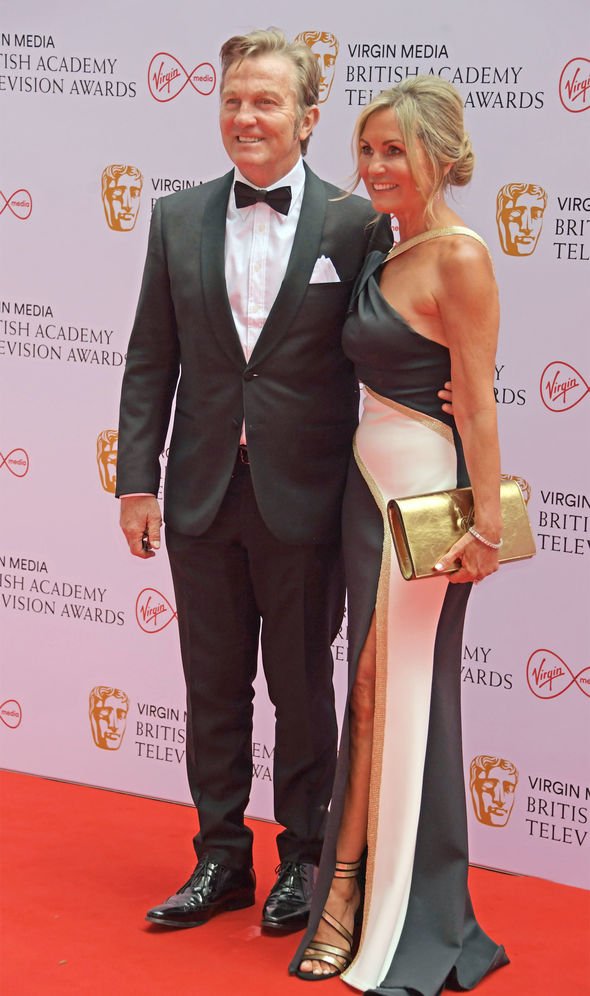 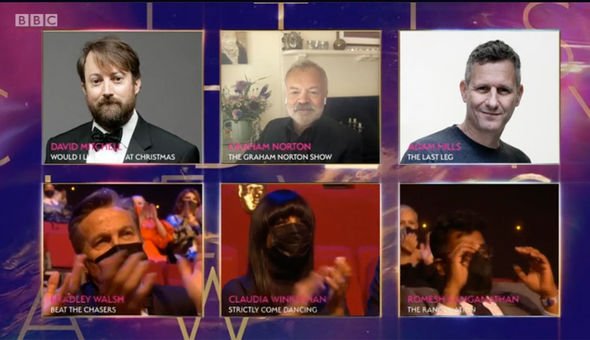 “Shut up Bradley,” the comedian shouted at the host as he jokingly expressed his disappointment.

As Romesh wrapped up his speech, the Doctor Who star continued to jokingly mouth to the camera: “It’s a joke.”

The Chase was also up for the Best Daytime award, but this was won by The Great House Giveaway.

Other winners of the evening so far includes; Sex Education’s Aimee Lou Wood, Anthony’s Rakie Ayola and Michaela Coel for her drama I May Destroy You.

Strictly Come Danncing host Claudia caught up with Tom Allen on the red carpet ahead of the ceremony.

During their chat, she said she feared the show’s bosses may not ask her to return to the show.

On being a part of the show for eight years, she added: “I’m very lucky, ridiculously lucky.

“I keep on going, ‘Wait, are you sure you want me to come back? Tess, am I allowed to stand next to you?’

“No, I love it,” she continued, adding she was “very grateful” to still be there.