Brandon, son of the legendary martial artist ​and film star ​Bruce Lee, starred in the 1994 movie The Crow as the titular character, Eric Draven. The film was an adaptation of the comic book of the same name, which focussed on a man who watched his wife being murdered and sexually assaulted before he himself was killed. After being resurrected by a mystical crow, Eric sought revenge on the thugs who wronged him. On March 31​ 1994,​, during the last days of filming, Brandon was shot and killed by a prop gun.

The scene in question showed Brandon’s character going into his apartment where his on-screen girlfriend was being assaulted.

He was then shot on screen by a Smith & Wesson Model 629 .44 Magnum revolver.

The prop gun, which was a real revolver, was “loaded with improperly-made dummy rounds”.

Reports claimed “the primers from the bullet cartridges were not removed”. This meant that, when a shot was fired before the fatal scene, a bullet was lodged in the end of the gun. 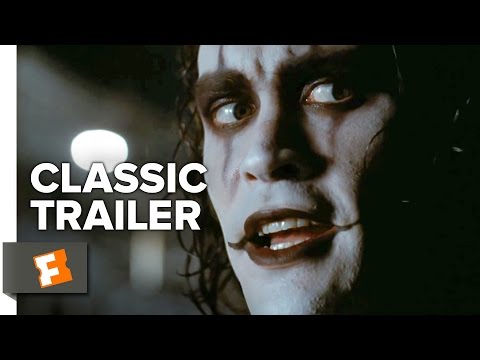 When the prop gun was fired again​ later on​, it was loaded with blank rounds, which allowed the gun to make a sound and flash suitable for filming.

These blank rounds included enough primer to propel the bullet that was​ previously​ lodged in the gun’s barrel.

When the shot was fired during the scene the bullet hit Brandon in the abdomen.

The 28-year-old was rushed to the local New Hanover Regional Medical Center in Wilmington, North Carolina.

Brandon Lee with his father, Bruce Lee, and his grandmother (Image: GETTY)

Our hearts go out to the family of Halyna Hutchins and to Joel Souza and all involved in the incident on “Rust”. No one should ever be killed by a gun on a film set. Period.

After six hours of emergency surgery, Brandon was pronounced dead.

In an interview just before his death, Brandon reportedly quote​d​ a passage from Paul Bowles’ book The Sheltering Sky.

The words, which he had included on his wedding invitations, were: “Because we don’t know when we will die, we get to think of life as an inexhaustible well. And yet everything happens only a certain number of times, and a very small number really.

“How many more times will you remember a certain afternoon of your childhood, an afternoon that is so deeply a part of your being that you can’t even conceive of your life without it? Perhaps four, or five times more? Perhaps not even that.

“How many more times will you watch the full moon rise? Perhaps twenty. And yet it all seems limitless.”

A similar event occurred this week on the set of the upcoming film​,​ Rust.

Alec Baldwin, the star of the film, discharged a prop gun on set in New Mexico, hitting and killing cinematographer Halyna Hutchins.

A man, Joel Souza, was also injured during the event, and subsequently received emergency care.

Local police are “investigating the incident”. No charges have yet been filed.

The spokesperson said: “He came in voluntarily and he left the building after he finished his interviews.”

Rust is a Wild West movie where Harland Rust (Alec) ​is wanted by bounty hunters, and his grandson, Lucas (Brady Noon), is convicted of an accidental murder.

Brandon Lee’s Twitter account has since posted: “Our hearts go out to the family of Halyna Hutchins and to Joel Souza and all involved in the incident on ‘Rust’. No one should ever be killed by a gun on a film set. Period.”