Can you believe it’s been 20 years since Renée Zellweger starred in Bridget Jones’ Diary? Well, this month streaming service NOW is celebrating the milestone by offering fans the chance to re-live the “full-blown mini-break” Bridget had with Hugh Grant’s Daniel Cleaver in the actual suite from the original movie. To find out more, Express.co.uk caught up with the film trilogy’s Shazza star Sally Phillips, who was promoting the competition.

Sally said: “It’s the classic mini-break from the first film where Daniel Cleaver takes Bridget to Stoke Park and they stay in this super posh suite.

“He takes her rowing on the lake and it turns out that that’s his MO (modus operandi). So every girl he’s ever wooed, he’s taken there and he’s read Keats to them on the lake.

“And in Bridget Jones’ Baby, the crying Russian at the funeral who opens the film is referring back to this particular hotel.”

She added that it was an opportunity for couples to take their Bridget Jones big pants with their books of poetry for some much-deserved lockdown release.

.Bridget Jones’s Baby had TWO endings and both of them were filmed 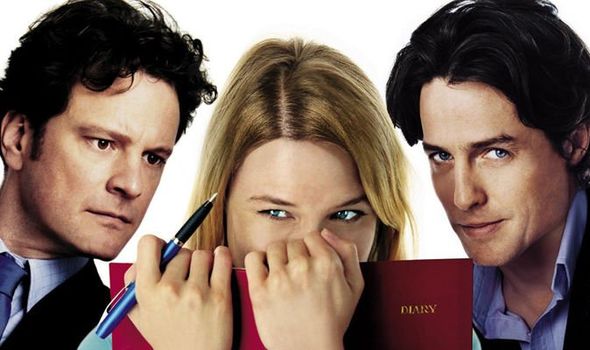 Bridget Jones’ Diary competition: Your chance to win mini-break as seen in original movie (Image: UP) 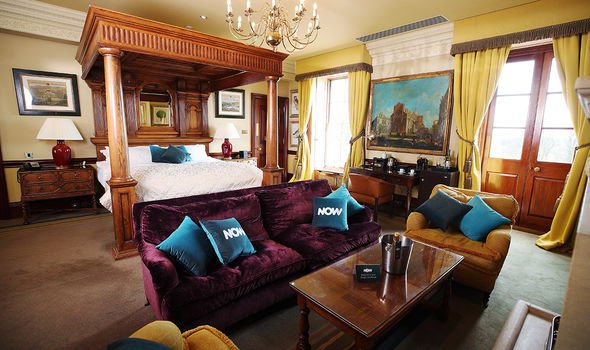 Winners can stay in the actual suite from Bridget Jones’ Diary (Image: NOW)

Aside from staying at Stoke Park Hotel, where Bridget Jones was shot just west of London, NOW have added some special themed touches.

The lucky winners will be able to take a soft-top Mercedes convertible for a spin, enjoy complimentary Chardonnay and ice cream.

Plus bunny ears and a pair of Bridget inspired “absolutely enormous” pants, the latter of which Daniel discovered her wearing during their stay.

The completion is open to not only married couples but also any Bridget fan who want to relive such moments from the classic rom-com. 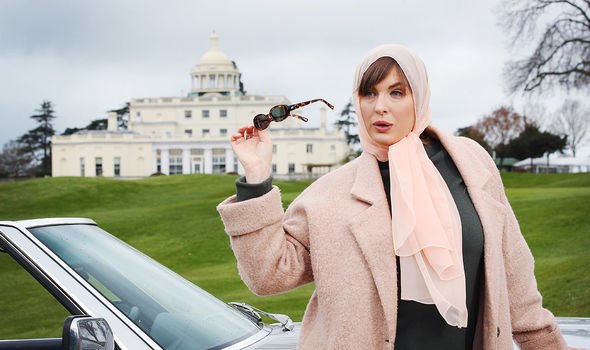 Fans can re-live moments from Bridget Jones’ Diary for themselves (Image: NOW) 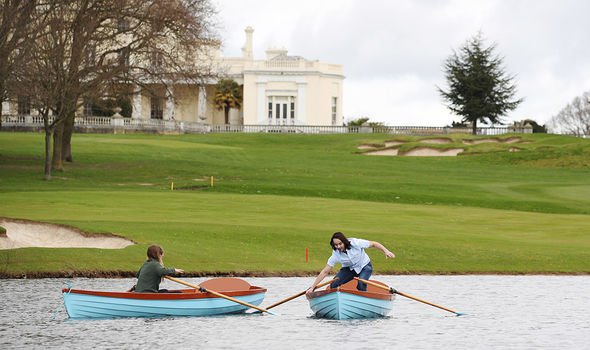 Since it’s the 20th anniversary of Bridget Jones’ Diary, NOW are offering 20 overnight stays for two.

The first 10 slots are released by ballot today, while the remaining 10 will follow on May 3.

The winners can enjoy their mini-break at Stoke Park once government guidelines allow in June and August.

Asked if it felt like it had been 20 years since making the first movie, Sally said: “Yeah, it does actually.”

Sally continued: “When we got back together for the third one… it had been 15 years, it was so lovely to be together again.

“We just picked up where we left off. But everyone was a bit grizzled, people had been through it. So when you take a 10-year break, that’s a lot of life.”

The 50-year-old shared how between making the first and third movies she’d had a disabled child and both she and Renée had been married and divorced.

The Shazza star added: “Everyone had really been through it and it felt quite emotional. I mean, not in a naff way. We’re very British still, no one actually expressed any emotion of any sort obviously.”

Sally added: “When you stood next to people at the coffee machine, there was a deep connection that was really nice.

“So it does feel like 20 years. I’m aware there’s lots of discussion about how it’s dated.

Book NOW’s Bridget Mini-Break at www.bridgetminibreak.nowtv.com. Bridget Jones’s Diary is available to stream on NOW with a Cinema Membership for £11.99 per month.

Brenda Blethyn: Vera star says her secrets to a happy marriage is absence: 'It just works'