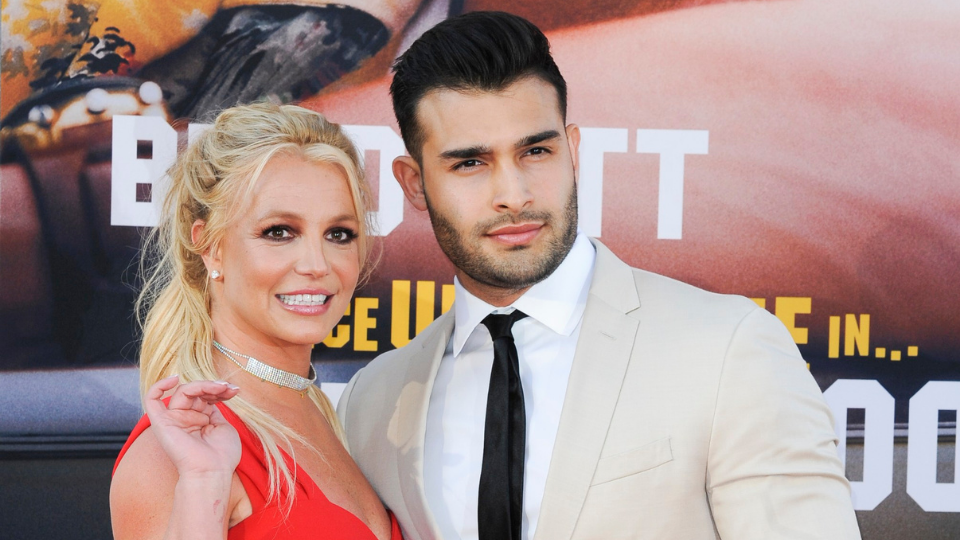 Ever since she was spotted wearing a diamond ring on that finger, fans have been asking the same question: Is Britney Spears engaged to Sam Asghari? Well, the singer’s boyfriend just put all the speculation to rest after he was questioned by the paparazzi recently.

In case you missed it, Britney was last photographed on Sunday, July 18, while out and about in Los Angeles with her boyfriend, Sam Asghari. In the photos obtained by The Daily Mail, the “Toxic” singer, 39, was seen flashing a diamond on her left ring finger while picking up some coffee at a Starbucks drive-through. Naturally, the sighting caused some fans to wonder if Britney and Sam got engaged despite her claims that her conservatorship has prevented her from getting married—and now, her boyfriend is weighing in on the rumors himself.

On Tuesday, July 21, the personal trainer, 27, was stopped by a paparazzo who congratulated him on the rumored engagement, according to a clip shared by TMZ. Instead of denying the rumor, Sam jokingly quipped, “People don’t know but we’ve been married for about 5 years. You know, we secretly got married in Hawaii. That’s one of the stories that I don’t know but I see it [in the] newspapers.” Before leaving, Sam decided to play coy with one last message: “And we have twins. Peace.”

During her testimony, Britney also claimed that her conservators have forced her to keep using birth control, despite her desire to have more children (Britney currently has two sons, Sean Preston, 15, and Jayden, 14.) “I have [an IUD] inside of myself right now so I don’t get pregnant,” she explained at the time. “I wanted to take [it] out so I could start trying to have another baby, but this so-called team won’t let me go to the doctor to take it out because they don’t want me to have children.”

As for Britney’s boyfriend, Sam has already made clear that he would also like to get married to the star. “[Marriage] is something that every couple should do, it’s the whole point of a relationship, we’re a family,” Sam said in an interview with Entertainment Tonight in 2019, noting that he “absolutely” has plans to marry Britney in the future. Hopefully with the help of Britney’s new lawyer, those dreams can become a reality sooner than later.

Previous articleNetflix: Is The Comeback Trail on Netflix?
Next articleNFL warns teams could lose games if Covid breaks out occur among the unvaccinated players