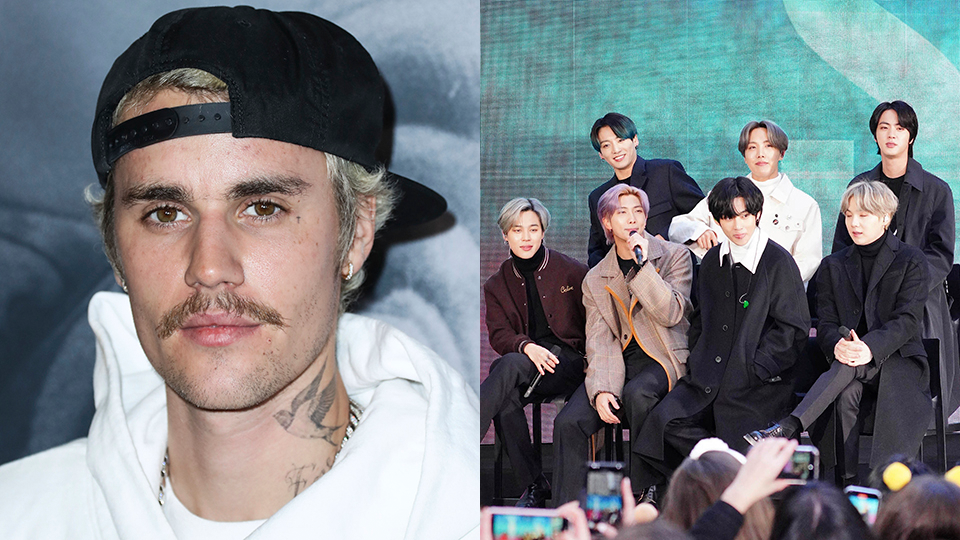 Get excited, ARMYs and Beliebers. A BTS and Justin Bieber collaboration is in the works, and it could come sooner than we think.

The New York Post’s Page Six reported on Thursday, April 29, that BTS and Bieber are collaborating on a new song. “They are taking their time on it and going to make sure it is released right,” the insider. It’s unclear when the song will be released, but Page Six reports that the track “could be part of a deluxe release of [Bieber’s recently released album] Justice to keep the album on the charts.” The re-release would be the third edition of the album after Justice’s “Triple Chucks Deluxe” edition in March 2021.

News of BTS and Bieber’s collaboration comes a week after the K-pop boy band—which consists of members Jin, J-Hope, Suga, RM, Jimin, V and Jungkook—announced their second all-English single, “Butter.” The track—which follows 2020’s “Dynamite,” the group’s first all-English single—will be released on May 21. In a press release for the song, BTS’ management company, Big Hit Music, described “Butter” as a “dance pop track brimming with the smooth yet charismatic charm of BTS.”

In an interview with E! News in September 2020, Bieber explained why “Dynamite,” which was BTS’ first Grammy nomination and number-one hit on the Billboard Hot 100, was such a success for the band. “If anyone knows how to make history, it’s BTS. The K-Pop group has been shattering records across the global music industry,” Bieber said. “From ringing in the New Year in Times Square to Carpool Karaoke with James Corden, they performed in Grand Central Station for The Tonight Show and wowed at this year’s virtual VMAs.”

Bieber also noted BTS’ success on the American charts with majority Koreans songs like “Boy With Luv” and “ON,” and the barriers the band has broken as K-pop artists. After “Dynamite,” BTS went on to score two more number-one hits on the Billboard Hot 100: “Savage Love (Laxed Siren Beat)” with Jason Derulo and Jawsh 685, and “Life Goes On,” which was the band’s first majority Korean song to reach number one. “Historically, non-English songs have had a hard time getting radio play, and as a result rarely do they see the top of the Billboard charts,” Bieber said.