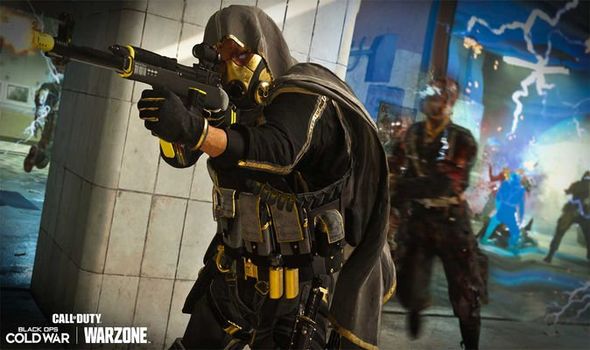 Call of Duty Warzone update news this week includes a big tease for what’s coming next during Cold War Season 3.

From what has been shared so far, Activision is planning on adding Rambo & John McClane to the Warzone operators list later this month.

This will be part of the upcoming mid-season update, which is expected to arrive on May 20, and be focused more on Call of Duty Cold War.

This is based on how the start of Season 3 saw a huge amount of new content arrive in Warzone, including the Verdansk 84 map.

For now, we only know that these new movie operators will be available across both games, along with other new maps and modes.

Zombies is another area of the game expected to see new content, and there’s a chance that a new map will be revealed for gamers to explore over the coming weeks.

But gamers won’t have to wait until May 20 to start playing through new content for Call of Duty Cold War.

Developers Treyarch has revealed their plans for later this week, with a new playlist update scheduled to go live on May 13.

A new 12v12 Moshpit is going live which will bring a larger players pool to normal 6v6 maps.

A new Gunfight Tournament will also be kicking off on Thursday, complete with new rewards and loadouts.

Not much has been teased for Warzone for this week but that doesn’t mean there aren’t any plans.

Raven Software has been talking about returning some Modern Warfare weapons that have been struggling to help shake up the meta, as well as remove some existing bugs.

And there is a good chance that a new set of playlists will be added to the game this week, along with a big Call of Duty Store update.

A message from Activision adds: “Earn the fear and distrust of your enemies when the Tracer Pack: Antonov Operator Bundle hits the store this week, featuring his Legendary “Meltdown” Operator Skin.

“This next bundle, the Tracer Pack: Tropical, packs a bigger wallop than a double piña colada with three Legendary Weapon Blueprints: the “Extended Vacation” Sniper Rifle, the “Subtropic” SMG, and the “Tropic Elite” Pistol.

“Next up is The Drifter, a Western-themed bundle of four items with the Epic “Tanner” Tactical Rifle Blueprint as its centerpiece. Also in the bundle are a new Reticle, Stone’s “High Plains” Operator Skin, and the “Dead Still,” Epic Calling Card.