Captain America, Deadpool, Shazam, Hawkeye Are Voiced By One Single Artist & Here’s What You Need To Know!

By Peter Blunt
May 11, 2021
9
EntertainmentHollywood

American superhero film franchise Avengers is undoubtedly one of the fan favourites to date. All the series in the film received massive praise for every aspect of filmmaking. However, there’s one aspect of filmmaking that didn’t get much attention is dubbing.

Critics and fans lauded the entire series direction, acting, musical score, action sequences, visual effects, and emotional weight. The finale, which was the culmination of the 22-film story, also received a positive reaction.

Avengers: Endgame enjoys a massive fan base that the film has released in not just English but is dubbed in Hindi, Tamil and Telegu as well. While it is not less than dreamy to watch Captain America or Hawkeye deliver the dialogues in Hindi, do you know which celebrity becomes the voice behind these superheroes? Sanket Mhatre. Read on to know more.

An Electronics Engineer by qualification, Sanket Mhatre is not only a well-known actor in Indian theatre but also a talented voiceover artist. Along with Avengers: Endgame, he has dubbed for superhero characters like Hawkeye and Captain America in Marvel Cinematic Universe. He also lent his voice for Deadpool and Shazam as well.

It is also worth pointing out that Sanket Mhatre has also given his voice to various Hollywood films like Dark Knight Rises Joesph Gordon Levitt, Green Lantern’s Ryan Reynolds, Inglorious Basterds’ Brad Pitt and many more.

Take a look at the video below: 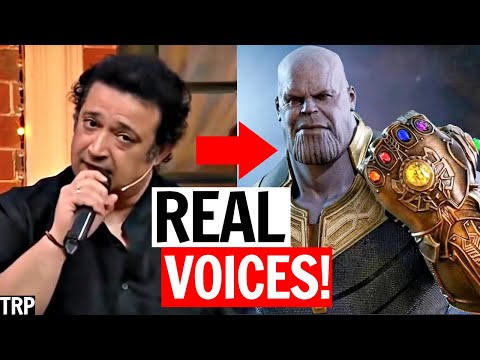 . Zack Snyder On Working With Huma Qureshi In Army of the Dead: “This Actress Is Amazing”