Seher Aly Latif is widely known for producing Swara Bhasker’s Netflix series Bhaag Beanie Bhaag and working as a casting director for movies like ‘Lunchbox’ and Maska’, passed away on Monday due to cardiac arrest.
Latif, who was in her early 40s, breathed her last at Mumbai’s Lilavati hospital, where she was admitted for renal failure.
Celebrities like Nimrat Kaur, Rajkummar Rao, Huma Qureshi, Anurag Kashyap, Shibani Dandekar, Rohit Saraf, Mitali Palkar, Swara Bhasker, Harshvardhan Kapoor, Sanya Malhotra, Nora Fatehi, Masaba Gupta, Maanvi Gagroo, and others. took to their social media handles to mourn Latif’s demise
Expressing grief over the producer’s untimely demise, the director of ‘The Lunch Box, Ritesh Batra shared, “I don’t believe it, unfair parting with a kind soul and real friend. Goodbye Seher, I hope there is another side.” 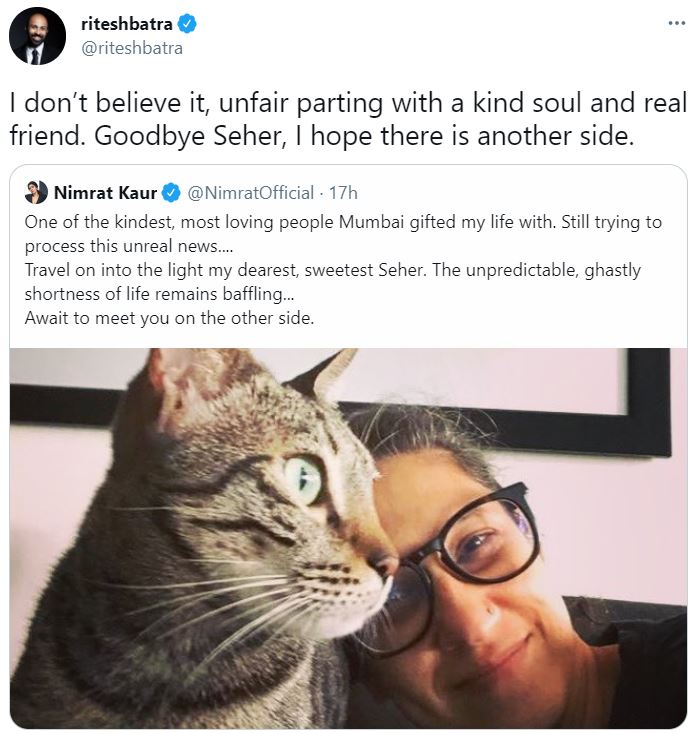 Swara Bhasker shared a video with the producer and tweeted, “Seher, I teased you ‘coz I didn’t know how to tell you how much I like you- for ur warmth, for ur cheer, for ur gentle goodness, for ur kindness to strugglers, for ur fun, for ur beliefs, for standing up for me, for unwittingly helping me out of a dark place. I joked with u because I didn’t know how else to express my deep fondness & affection for u. For the warmth & good spirits u brought to your work & mine.. I wish we had followed through on the catch-up sessions we planned. I wish I had called instead of texting.”
She added, “I wish we’d met this last month Seher. I wish I’d referred to u as ‘Seth ji’ .. If we are wishing, what I really wish is this cruel accident of fate be reversed and you threaten not to sign my cheques again.. I can’t say goodbye #SeherAlyLatif Not yet, not yet.” 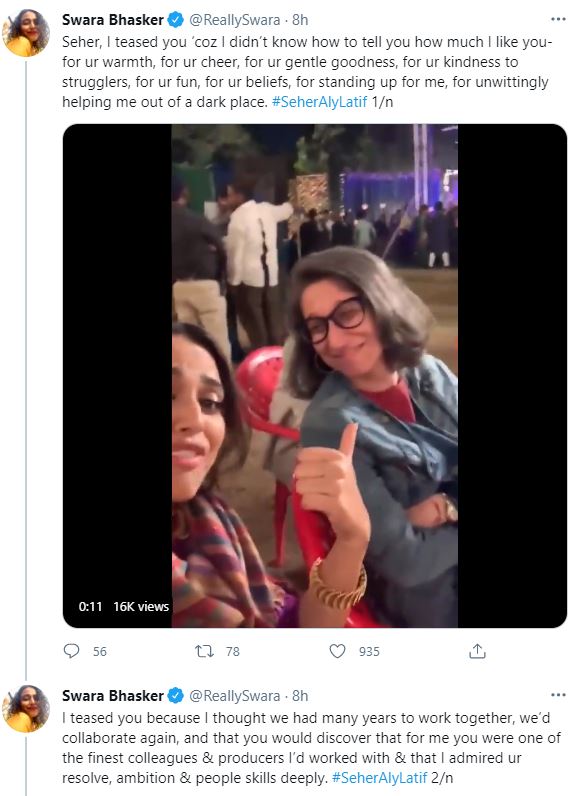 Huma Qureshi wrote, “I cannot believe you are gone,” while Rajkummar Rao said, “Rest In Peace.” 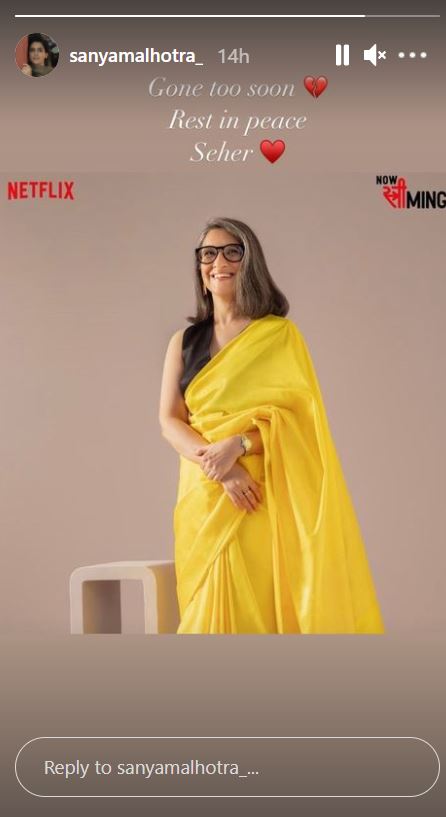 Latif was one of the most sought-after casting director for international projects set in India or with a significant Indian component. Her casting director credits include ‘The Best Exotic Marigold Hotel’ and its sequel ‘Million Dollar Arm’, as well as recent Bollywood films such as ‘Shakuntala Devi’ and ‘Durgamati: The Myth’.
Latif’s credits for casting in India include ‘Eat Pray Love’, ‘Zero Dark Thirty’, ‘McMafia’, ‘Furious 7’ and ‘The Hundred-Foot Journey’.
Along with her associate Shivani Saran, Latif founded Mutant Films in 2016, reported Variety.
The company produced the Netflix film Maska, Netflix series Bhaag Beanie Bhaag and also co-produced the sports drama ‘Gold’, starring Akshay Kumar.
Latif is survived by her husband, parents, and younger brother Zishaan A Latif, who is an award-winning photographer.