Catherine Zeta-Jones took to social media today to pay tribute to “loving matriarch” Anne Douglas. The late film publicist was the widow of Kirk Douglas, who died last year, at the age of 103.

“Our loving matriarch Anne Douglas is now in the arms of her beloved husband Kirk.

“I love you with all my heart Oma,” she added, in view of her 3.7 million followers. 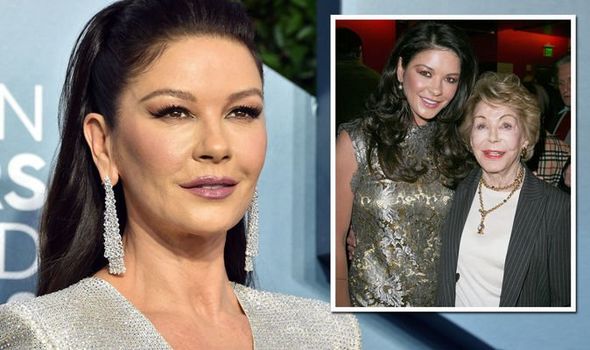 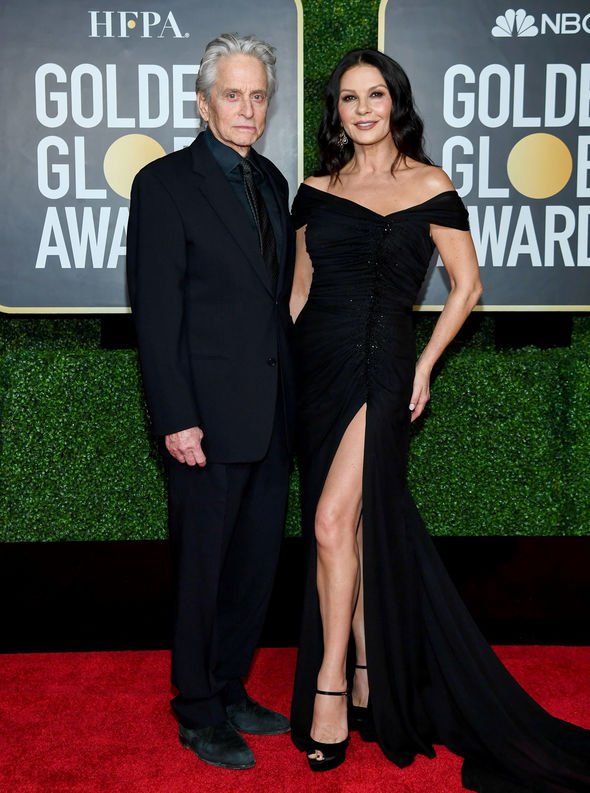 The accompanying pictures showed the mum-of-two with Anne.

One black and white snap captured the pair on their own, while a second showed them with the rest of the family.

The family photo included Catherine’s husband Michael Douglas along with their children – Dylan, 20, and Carys, 18 – when they were younger. 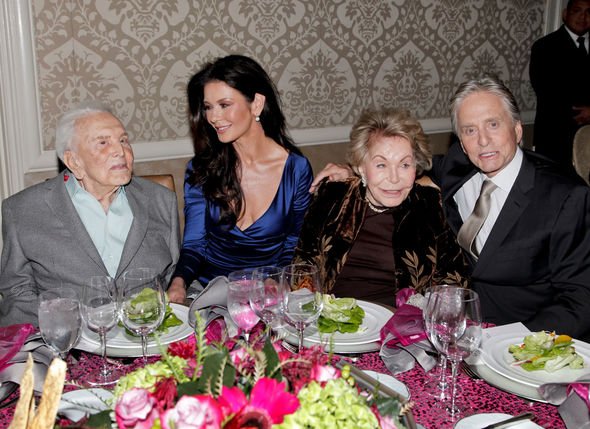 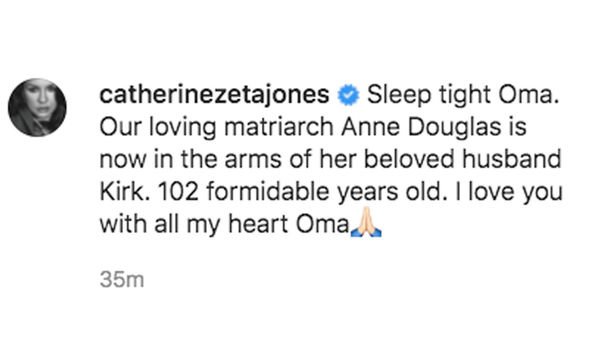 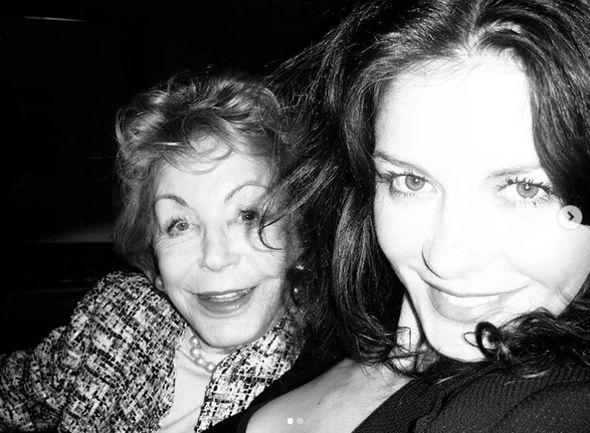 “So sorry for your loss,” one follower wrote.

“My condolences to u and the family,” another added.

“A true angel,” a third remarked, while a fourth said: “What an amazing life.”

“Anne was more than a stepmother, and never ‘wicked’.

“She brought out the best in all of us, especially our father.”

“Dad would never have had the career he did without Anne’s support and partnership.

“Catherine [Zeta-Jones] and I and the children adored her; she will always be in our hearts,” the 76-year-old told People.

Anne died, just one week after celebrating her 102nd birthday.

She lived with her husband Kirk in Beverly Hills for 66 years up until his death.

Previous articleAfter the bloody rush . a video in to whom Netanyahu is greeted with insults
Next articleNomadland: A touching and wryly amusing drama with an unusual heroine