Cazoo Open: Nacho Elvira six ahead at Celtic Manor and closing on maiden 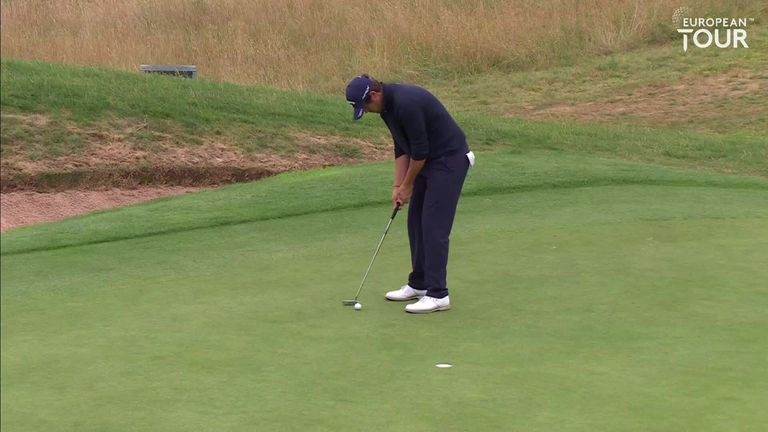 Nacho Elvira is in pole position to claim a long-awaited maiden European Tour title after opening up a six-shot lead heading into the final round of the Cazoo Open.

The Spaniard, who came into the event having missed the cut in nine of his previous European Tour events, followed rounds of 64 and 67 with a five-under 66 on Saturday at Celtic Manor to extend his advantage over the chasing pack.

Elvira, looking to become the third wire-to-wire winner of the season on the European Tour, recovered from a three-putt bogey on his opening hole to post birdies at the second, fourth and ninth to reach the turn in 34.

The 34-year-old took advantage of the par-five 11th and followed a close-range birdie at the 14th by picking up a shot at the par-three 17th, taking him to 18 under and six ahead of the four-way tie for second.

“I’m actually very happy, but I didn’t even think about the score until the last hole,” Elvira said. “I think I’m playing very consistently and very smart, which is thanks to my caddie too.”

Callum Shinkwin is among the quartet on 12 under after birdieing four of his last five holes to card a round-of-the-day 63, with Justin Harding, Mikko Korhonen and Chase Hanna also tied-second.

“I played within myself today and played how Callum Shinkwin plays golf,” Shinkwin said. “It was nice. I didn’t think about anything, I saw my name on the leaderboard and thought ‘that’s great’ but I just kept doing what I’m doing. I was hitting the ball well today. My iron play clicked today, which helps.”

Sam Horsfield matched Shinkwin’s fast finish to post a six-under 65 and move to sixth spot, while Matt Wallace – who needs a win this week to guarantee his spot at the WGC-FedEx St Jude Invitational next month – fell eight behind and into tied-seventh after a one-under 70.

“I haven’t been getting off to the greatest of starts over the last few days,” Horsfield said. Today was better. I got things going but didn’t play the par fives too well, but I’m happy with six under. I just realised I had four birdies on the last five. I got hot at the end, made a few nice putts and have an outside look at tomorrow. I’m right there.”

Who will win the Cazoo Open? Watch the final round on Sunday from 3pm via the red button and 6pm on Sky Sports Golf.