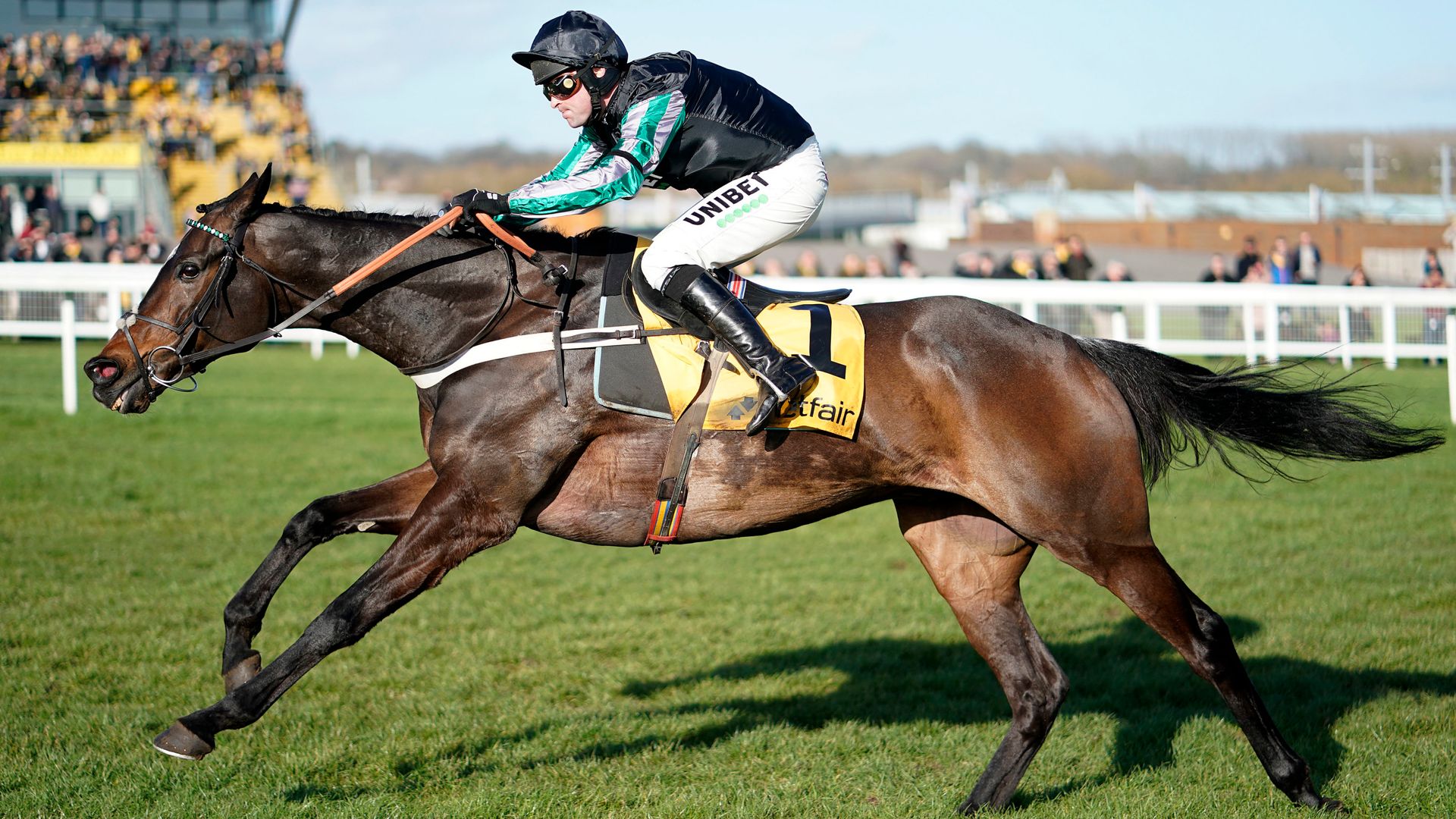 Nicky Henderson will be hoping there are no last-minute dramas and that Altior can prove he is no back-number ahead of his bid for a fourth victory in the bet365 Celebration Chase.

It has been a frustrating season for the once-unbeatable Seven Barrows superstar, with a combination of factors restricting him to just the one competitive appearance.

The 11-year-old missed an intended outing in the Tingle Creek at Sandown in early December due to unsuitable ground conditions – and when he did eventually return in the Desert Orchid Chase at Kempton a few weeks later, he was laboured in defeat behind Nube Negra.

With cheekpieces fitted for the first time, hopes are high Altior can silence the doubters on the final day of the campaign.

“I am delighted to say that everything has gone very well in the lead-up to this race and, barring mishap over the next 24 hours, he goes there at the top of his game and in flying form,” Henderson told Unibet.

“He hasn’t raced on ground like this for quite some time, but we worked him on our grass gallop during the week with a couple of lead horses and he absolutely bounced off the surface so there shouldn’t be any excuses where that’s concerned.

“Obviously Put The Kettle On is a very talented mare and Sceau Royal is a big danger too, but we are all happy with Altior and the cheekpieces could help. It’s just great to get him back on track!”

Put The Kettle On became the first mare to win the Champion Chase at Cheltenham – her second Festival success following victory in the Arkle 12 months earlier.

Trainer Henry de Bromhead, who also saddles Ornua, is keen to discover whether Put The Kettle on can prove as effective at Sandown as she is at Prestbury Park.

He said: “She’s unreal, she’s savage to do what she did in the Champion Chase, it was unbelievable. She loves it at Cheltenham.

“I don’t know whether it’s the travelling, Aidan Coleman or whatever – this week will tell us if it’s just Cheltenham, but we’ll gradually narrow it down as to what makes her tick over there.”

“Greaneteen ran very well in the Champion Chase and surprised a lot of people. He was second in the Tingle Creek here and we’ve kept him for this race,” said the Ditcheat handler.

“It’s an open race, I think. Altior has got a bit to prove possibly over two miles, but he likes it round there, and the one to beat is the Champion Chase winner.

“Dolos absolutely loves Sandown and quick ground. He’s a massive price for a horse with his rating and his record at the track.”

Alan King’s Sceau Royal endured a troubled run on his way to finishing fifth in the Champion Chase.

“It looks a helluva race, but our horse is in great nick,” said King.

“We had no luck at all in the Queen Mother, but he’s come out of it in good order and shouldn’t mind the ground, I don’t think.

On the day he is crowned champion conditional jockey, Danny McMenamin bids for Grade One glory aboard Ann Hamilton’s Nuts Well.

Winner of the Old Roan Chase at Aintree in the autumn, the 10-year-old returned to the Merseyside venue to finish second to Irish challenger Fakir d’Oudairies in the Marsh Chase a couple of weeks ago.

Of Nuts Well’s prospects this weekend, McMenamin said: “He’s up against it, but hopefully he can run a nice race. I’m sure he won’t disappoint anyone.

“He’s a little dude and very straightforward to ride. He’s been climbing the ladder quietly away and I think people sometimes slightly underestimate him.

“It’s not a shock to me when he runs a good race up against the big lads.”

McMenamin’s decision to target the conditional riders’ championship has paid a handsome dividend, as he secured a comfortable victory over Bryan Carver.

He said: “It hasn’t quite sunk in yet. It’s been a brilliant season. The first couple of seasons were slow and steady, just trying to get the experience. This last season was all ‘go for it’, and it’s paid off on the end.

“I had it in mind (being champion conditional) at the start of the season, but I knew it wouldn’t be easy. I said I’d give it a go and not get too upset if it didn’t happen. Luckily enough, it’s worked out well.”

The 20-year-old hails from Downpatrick, like Grand National-winning rider Tony Dobbin, and follows in the footsteps of Sir Anthony McCoy and Brian Hughes, who are also from Northern Ireland and won the conditional competition.

McMenamin added: “It’s a bit surreal to be mentioned alongside the previous winners.

“My mum and Tony Dobbin are very good friends and the whole town was talking about Tony Dobbin winning the National and how well his career had gone over the years.

“He’s somebody I looked up to and he helped me make the decision to come across (to Britain) and give it a go. He’s been a great role model.

“AP McCoy is the best of them all and Brian Hughes is the best in the north. He was champion jockey last year and was right there for it this year. It’s brilliant to have names like that coming from Northern Ireland and coming over here and doing well.”

While McMenamin is thrilled to land the prize, he paid tribute to his parents who have worked as carers throughout the pandemic.

He said: “Mum and dad both work in a care home looking after elderly people, so they’ve been working hard this year – they’ve probably worked harder than me, to be honest.

“They’ve worked every day since Covid started – they deserve the credit this year.”

Previous articleBay City Rollers singer sad he'd didn't resolve issues with Les McKeown before his death
Next articleGeForce Now adds ANOTHER 15 games, including one of the strangest releases EVER