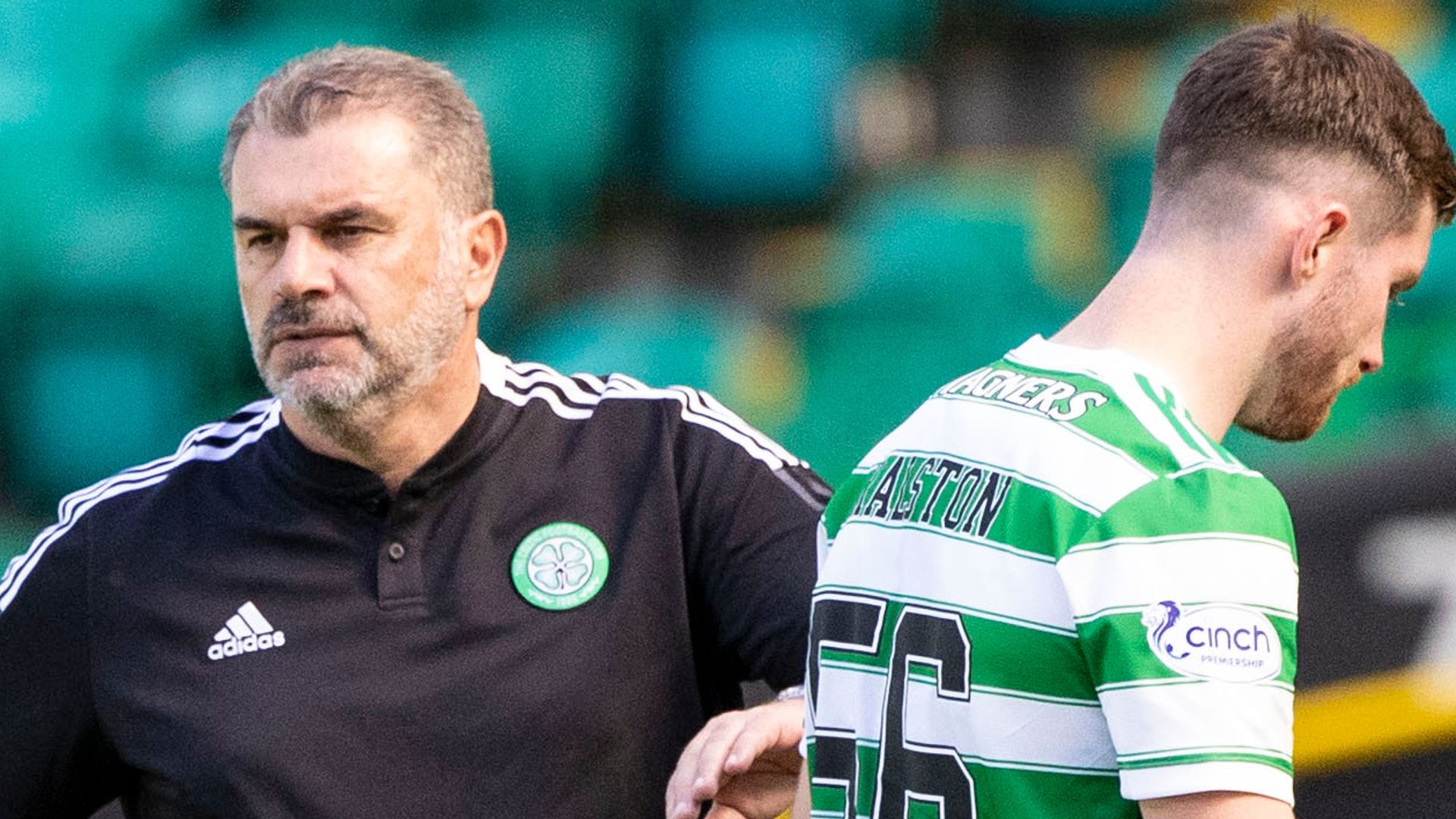 Celtic’s preparations for their crunch midweek Champions League qualifier against Midtjylland took a knock with a 6-2 friendly defeat by West Ham.

Ryan Christie pulled a goal back for Ange Postecoglou’s side five minutes after the break but Said Benrahma replied for West Ham and Celtic then made 10 substitutions before Jarrod Bowen and substitute Armstrong Okoflex, signed from Celtic this summer, added two more.

Postecoglou now has to get his players ready for the second leg of their second qualifier on Wednesday night after a 1-1 draw against the Danish side during the week, and the tightening of defence will be a priority.

West Ham looked sharp, particularly on the counter, and will carry on preparing for their Premier League opener away to Newcastle next month.

Issa Diop replaced Angelo Ogbonna, who limped off injured just before McGregor easily brushed Manuel Lanzini off the ball and guided a shot from the edge of the box past goalkeeper Lukasz Fabianski.

West Ham levelled when Dane Murray’s pass out from the back was intercepted by Noble, who quickly moved the ball on to Antonio and he skilfully side-stepped defender Stephen Welsh and Barkas and rolled the ball into an empty net.

Pablo Fornals then sent the striker clear for a breakaway second when he split the Celtic defence with a pass and Antonio steered his shot from 12 yards past Barkas at the near post.

Noble scored a third from the spot in the 38th minute after referee John Beaton felt Antonio had been barged in the box by Celtic midfielder Ismaila Soro.

Both teams changed their goalkeepers at the start of the second half, Scott Bain replacing Barkas and Darren Randolph on for Fabianski, and the former Motherwell ‘keeper failed to keep out Christie’s close-range prod from a Liel Abada cross.

He did tip a Christie effort over the crossbar moments later before the visitors countered again and restored their two-goal lead through a composed Benrahma finish.

Postecoglou changed all of his outfield players and one of them, Leigh Griffiths, recently cleared by police over allegations of sending inappropriate messages to two schoolgirls, was initially booed by a section of the home support.

Some fans then cheered Griffiths but attention soon turned back to the game and Bowen was able to flick a cross past Bain before Okoflex wrapped up the scoring with a low drive into the corner of the net.

In what was a lively atmosphere at the Kiyan Prince Foundation Stadium, Jesse Lingard gave Manchester United the lead after just three minutes, but it lasted just four minutes as Charlie Austin’s header brought the hosts level.

On the day Solskjaer was celebrating a new contract at Old Trafford, his afternoon turned sour as QPR ran riot at the start of the second half.

Substitute Anthony Elanga pulled a goal back for the visitors, but it only proved to be a consolation as Solskjaer and his team were handed a significant wake-up call ahead of the new Premier League campaign.

Arsenal were 4-1 winners against Millwall in their pre-season friendly at London Colney.

The Gunners postponed their trip to Florida on Tuesday, and Mikel Arteta played many of his big-name players against the Sky Bet Championship side.

Indeed, it was Arsenal captain Pierre-Emerick Aubameyang who had a hand in the opener, with his superb overhead kick hitting the crossbar, only to be nodded home by Calum Chambers.

In the second half, Alexandre Lacazette, Nicolas Pepe and Leon Balogun fired Arsenal into a 4-0 lead, before Alex Mitchell tapped home a consolation for Millwall.

Leicester were beaten on penalties by Burton Albion in their first pre-season game.

Summer signings Ryan Bertrand, Boubakary Soumare and Patson Daka were all handed their first starts in a Leicester shirt, but the game was goalless after 90 minutes.

To determine the winner of the Bass Charity Vase, the game went to a penalty shootout. Luke Thomas and Thanawat Suengchitthawon saw their spot-kicks saved, while Kelechi Iheanacho sent his penalty wide, with Burton winning the shootout 3-1.

Southampton drew 1-1 with Fulham at their Staplewood Campus. Michael Obafemi’s half-time introduction had an immediate impact, with his squared pass turned home by Shane Long in the 47th minute.

But Marco Silva’s side equalised late on. They were awarded a penalty when Anthony Knockaert was fouled by Moussa Djenepo, with Neeskens Kebano converting from the spot.

Aston Villa were beaten 2-0 by Stoke at the bet365 Stadium, ending the game with ten men.

Steven Fletcher’s header gave Stoke a third-minute lead, before a super strike from Mario Vrancic doubled the Potters’ lead. Villa played the final 23 minutes with ten men after Wesley – who had only been on the field for seven minutes – was sent off after an altercation with Nick Powell.

After a goalless first half, Wilfried Zaha was fouled inside the area and then dispatched the penalty for the only goal of the game. New signing Marc Guehi also made his first appearance for Palace, coming on as a 64th-minute substitute.

One thousand away fans made the trip to Boundary Park, with both goals coming in the second half. Rodriguez turned the first home from close range after Bobby Thomas header, adding to his two goals against Salford City last week.

Shortly after. Rodriguez was involved again to set up Richardson for a memorable moment. The striker’s effort was saved by the goalkeeper, with Richardson there to turn home the rebound.

Watford and West Brom played out a goalless draw at Vicarage Road, with the Baggies keeping a third successive pre-season clean sheet.