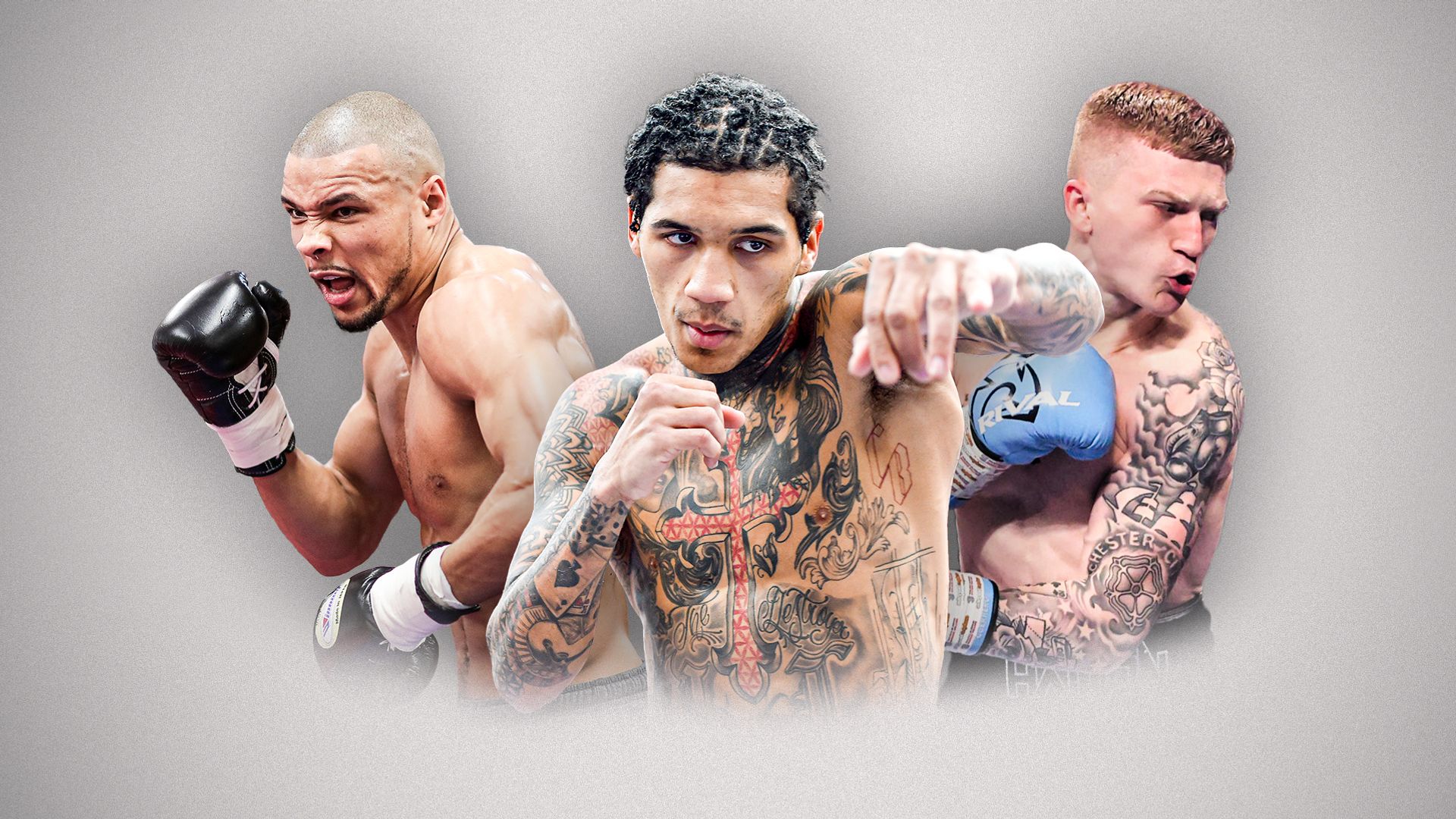 Where once their fathers were rivals inside the ring and enemies outside of it, now their sons are bonded by a common cause.

Chris Eubank Jr and Conor Benn have thawed the animosity that their legendary fathers once had and have come together to support Campbell Hatton who has joined the same path.

The three sons of British boxing icons are at different stages of emerging from their fathers’ shadows – on Saturday’s Sky Sports Box Office undercard, Eubank Jr faces Marcus Morrison and Hatton has his second pro fight.

Benn has emerged as a thrilling unbeaten welterweight and Eubank Jr tells Sky Sports about him: “The respect has always been there. Especially with the rivalry that my father and Nigel Benn had.

“They may not have liked each other at the time but the respect was always there.”

Chris Eubank and Nigel Benn had two classic battles in the 90s and an intense dislike of each other which threatened to spill into the next generation.

Eubank Sr’s attempt to publicly offer advice to Conor Benn in 2016 prompted an angry response: “Who are you to talk about my personal life in front of these cameras? I find that extremely disrespectful.”

Perhaps perceptions have changed as Eubank Jr and Conor Benn better understand the struggles that their fathers went through in the hardest of sports.

They have now seen Ricky Hatton’s son Campbell join them as a competing son of a legend by winning his debut.

“The kid is green,” says Eubank Jr. “He has to live up to his dad’s big name. People said he struggled, he didn’t look good, he isn’t as good as the old man.

“These were the things I was dealing with when I had my first fight. Being compared to a world champion on my debut! It’s nuts. It’s unfair. It doesn’t make sense.

“But it’s boxing – I had to learn quickly that boxing isn’t fair, the critics aren’t fair, the public isn’t fair. They expect something and if you don’t deliver they will let you know.

“I made sure I delivered as much as I could.

“Hatton will have to do the same. It’s a very unforgiving, gruelling way of life.

“People don’t forget and they don’t let you forget.”

Eubank Jr’s career-best win over James DeGale came without his father in his corner, and Ricky Hatton reacted: “As hard as it might be if he takes a back seat and let the trainer do his job, Junior will benefit, trust me.

“It was a good learning fight for him. He will get better and, if he wants it hard enough, he will continue pushing forward with the trials and tribulations that come with being a world champion’s son.

“He will make his own way, his own path. That’s the only thing you can do. You can’t live in a shadow, or live up to somebody else’s name for your entire life.

“Eventually you have to walk your own path and he will get to the stage where he has to become his own man. It’s tough but, if he wants it enough, he will do it.”

Benn previously warned Hatton: “You’ve got to deal with criticism. You’ve got to build thick skin. It isn’t nice and I struggled with it. I get emotional about it because I was a young kid and I didn’t expect it to be so intense.”

Benn has a link to the Hatton clan – when he left his father in Australia for the UK to pursue a boxing career he considered joining Ricky Hatton in Manchester.

He is now “a great example” for Campbell Hatton, says his uncle and trainer Matthew: “He turned pro in the spotlight but doesn’t have the amateur experience that Campbell has – Conor was very raw but has got better and better.”

Eubank Jr considers himself the most accomplished of these three sons but it is two years since his highlight win over DeGale.

An impressive dismantling of opponent Morrison on Saturday will tee up a chase of IBF middleweight champion Gennadiy Golovkin – but Eubank Jr is no longer chasing a desperation to eclipse his father’s achievements.

“I’m 31 now, I’ve been there and done it. The pressure of living up to a name? Upholding a legacy? It is not at the forefront like it was when I first started out,” he says. “I’ve proven what I am and what I’m capable of.”

The legacy will always be there. These sons fight with pressure that only they can understand.

Previous articleJust In! Randhir Kapoor Shifted To ICU; Has No Idea Where He Got COVID From
Next articleA shot that made a whirlwind in Turkey inflamed . A policeman presses a protester on the neck