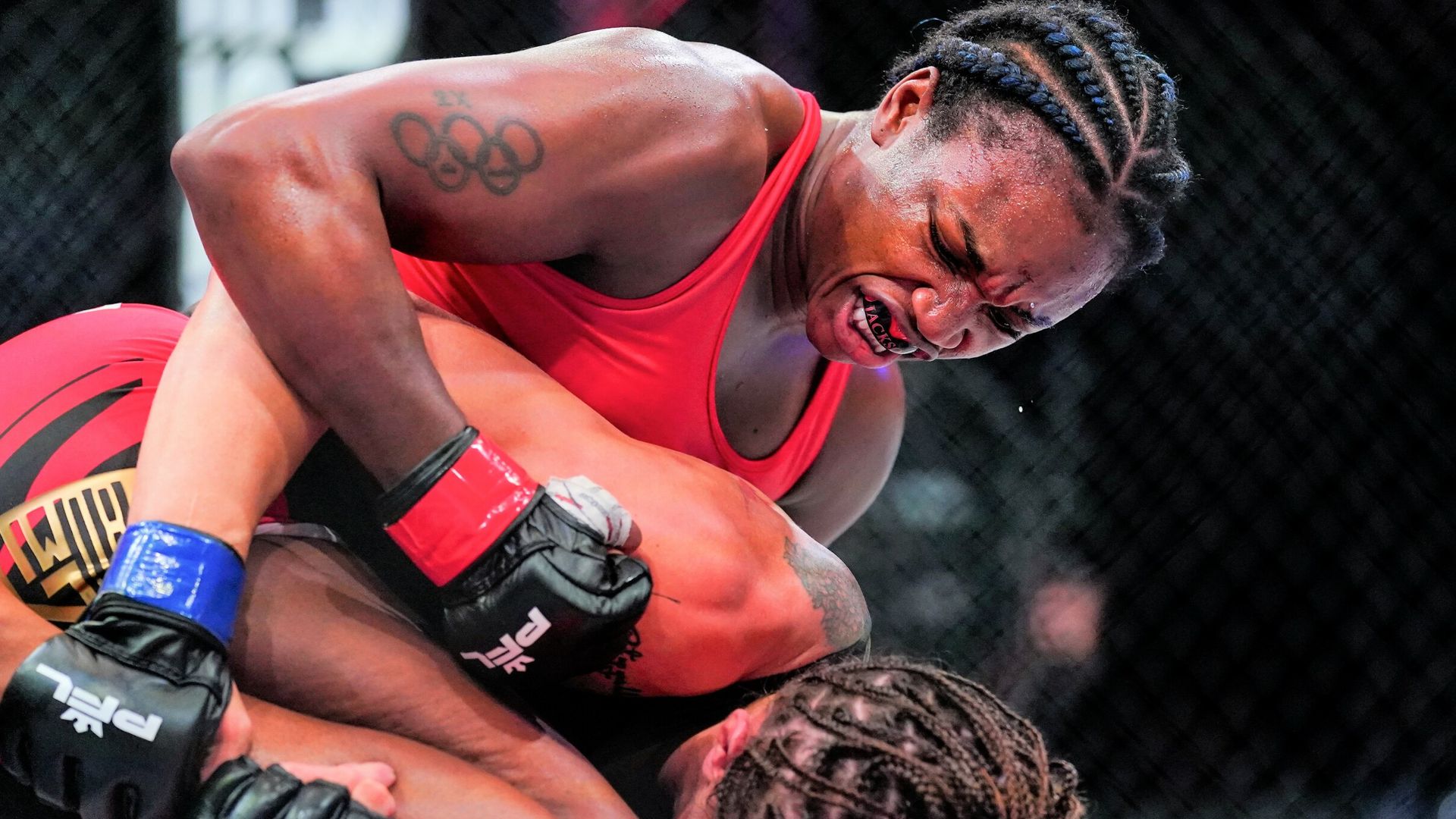 Claressa Shields showed her striking power as she stopped Brittney Elkin with a barrage of punches in the third round of her MMA debut in New Jersey.

The 26-year-old American, who is one of the biggest stars in women’s boxing, overcame a difficult start to her career in the Professional Fight League as she was forced to the ground for two rounds before delivering an explosive finish.

Shields switched her attention to MMA after becoming a two-time undisputed champion in March and Elkin pounded her with punches after gaining full mount in the opening round.

Elkin then withstood a flurry of shots in the second from Shields, who had to escape an armbar after again being forced down.

But Shields repelled another takedown attempt in the third, responding with a torrent of heavy shots before referee Gasper Oliver waved it off.

“I feel like I am dreaming,” Shields told PFL. “This is crazy.”

“I never doubted myself winning a boxing match in my life. MMA, it’s like it’s possible I can lose this first fight.

“I just had a never-quit attitude every round.

“I may have lost these two rounds, but I’m not losing this fight.”