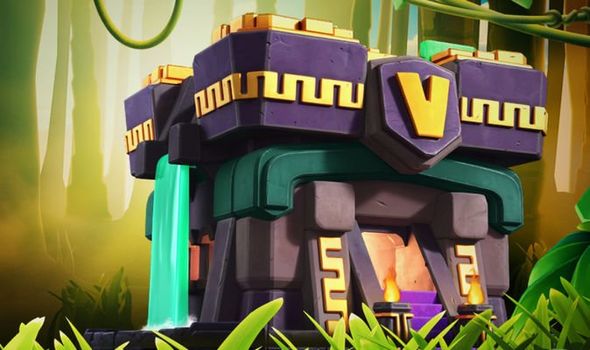 The first major update of the year for Clash of Clans will include Town Hall 14, which will include additional Tower Defence, Hero, and Troop levels.

Developers Supercell has confirmed that Clash of Clans Town Hall Level 14 will be Jungle-themed, complete with ancient pictograms and hieroglyphs.

And while plenty of stuff is getting upgraded, SuperCell has also announced what new features are coming in the Spring patch.

This will include Starter Challenges, which will make progressing between early Town Halls less grindy.

A message from Supercell explains: “Starter Challenges are a new way for players between Town Hall 2-6 to speed up their progress through a variety of Challenges similar to the Silver/Gold Pass.

“These new Challenges are unlocked with each Town Hall level and completing each Challenge will provide more Challenges to complete.

“There are some deliciously tempting rewards that can be earned on the Starter Pass. From Rune of Gold to a Book of Building, the Starter Pass reward track has up to 5000 points for players to complete.

“Once a player upgrades to Town Hall 7, all unclaimed rewards are automatically collected. When claiming a resource reward if the player only has enough storage space for some of the reward they can now take whatever amount of the reward will fit and some gems. The amount of gems scales from a max 5 down to 1 based on what proportion of the resources were taken. E.g. if a player takes 20% of resources they will receive 4 gems (80% of 5).”

Other early game changes are being made to help Villages grow faster, with a series of reductions for various upgrade times and upgrade costs.

This will include the following upgrades:

Meanwhile, at the other end of the scale, here is what will be unlocking with Town Hall 14:

We don’t know exactly when this new Clash of Clans update is going to be available to download but with this news being shared now, we could see something announced between April 12 and 14.

More news is being shared later today, which could mean a big launch reveal for Clash of Clans fans.