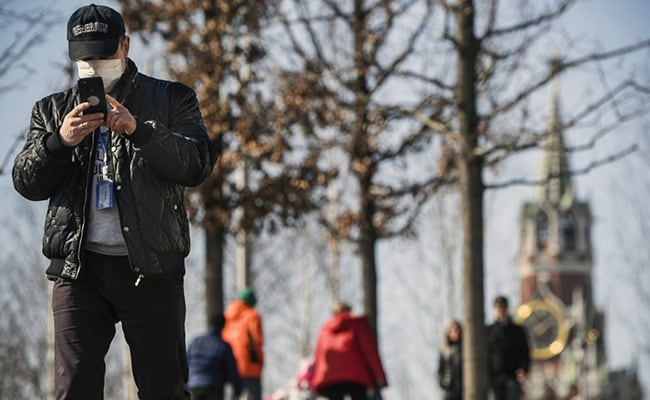 Russia’s capital Moscow on Saturday reported a pandemic high for new coronavirus cases for the second straight day, while Saint Petersburg introduced fresh restrictions ahead of its Euro 2020 matches.

Brazil’s death count from the pandemic meanwhile passed the half-million-mark on Saturday.

Moscow’s hospitals were flooded with new patients due to the Delta variant, registering 9,120 new coronavirus infections in 24 hours, according to government figures. That made it a second consecutive high, topping the previous day’s total of 9,056 cases.

Across the country, officials recorded 17,906 cases and 466 deaths over 24 hours — 76 of them in Moscow — the worst nationwide figures since March 13.

The new wave of infections came as Russia’s second city of Saint Petersburg, the country’s worst Covid hotspot after Moscow, is slated to host several Euro 2020 matches — including a quarter-final on July 2. They are expected to draw thousands of European football fans.

On Saturday, Saint Petersburg announced it would restrict access to its main Euro 2020 fan zone on Konyushenaya Square to 3,000 people, down from 5,000, having earlier banned food sales in the fan zones.

Measures have been more drastic in Moscow, where Sobyanin on Friday shut down the city’s fan zone, banned gatherings of more than 1,000, suspended all mass entertainment events and closed dance halls.

In Brazil, meanwhile, Health Minister Marcelo Queiroga tweeted, “500,000 lives lost due to the pandemic that affects our Brazil and the world.”

He did not give the death count from the past 24 hours, but as of Friday, the ministry had recorded 498,499 deaths, with a daily average of more than 2,000 over the last seven days.

The pandemic is also casting a shadow over the Tokyo Olympics which will start in just over a month.

Rather than setting up six planned viewing sites, “we will make greater use of the web to create exciting atmospheres for the Games,” Yuriko Koike said.

The faster-spreading Delta variant is a top concern in many countries.

Fears over the rapid spread of the variant prompted the airport in the southern Chinese city Shenzhen to cancel hundreds of flights and tighten entry controls Saturday, after a single restaurant employee tested positive.

Anyone entering the facility must show a negative virus test from the last 48 hours, Shenzhen Airport Group said in a statement on its official WeChat social media account.

In Uganda, President Yoweri Museveni announced new restrictions, including the suspension of inland travel and an extended overnight curfew, as “the hospitals are full”.

“The rapid surge in the intensity of the pandemic appears unprecedented, but still manageable” with curbs similar to those employed at the beginning of the outbreak, Museveni added.

The city has also ordered mandatory vaccination for residents working in the service industry, saying some 60 per cent would have to be fully inoculated by August 15.

Saint Petersburg has announced it will try to vaccinate 65 per cent of its civil servants by August 15.

Although free jabs have been available to Russians since December, just 19.5 million out of a population of some 146 million have received at least one dose of a vaccine, according to the Gogov website which tallies Covid figures from the regions and the media.

In Moscow, only 1.5 million of the capital’s roughly 12 million people have been fully vaccinated.

A recent independent survey found that 60 per cent of Russians do not intend to be vaccinated.

Russia is among the countries hit hardest by the pandemic, with the sixth-highest number of cases in the world, according to an AFP tally based on official figures.

It overtook Britain on Thursday as the European country having suffered the most Covid deaths, reaching 128,911 by Saturday. Kremlin critics argue the real figure is far higher due to undercounting by authorities.

Previous articleAlice Dearing set to become first black woman to represent Team GB in Olympic
Next articleTomorrow at 12 o’clock, Kartik will come for the announcement related to the upcoming film.