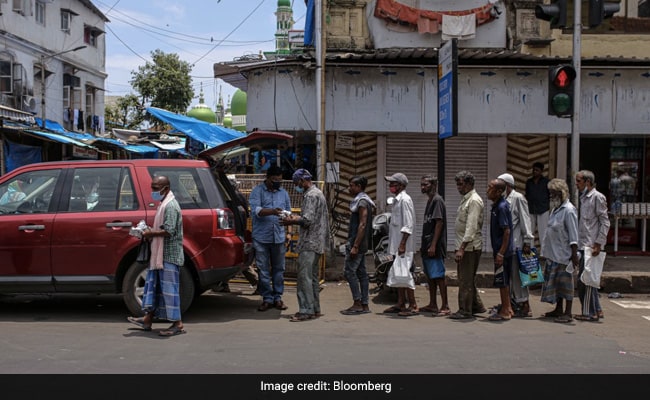 Covid: Over 15 million Indians lost their jobs in May alone at the height of a devastating wave

The staple was among items the 35-year-old and her husband could no longer afford after they both first lost work when India’s capital New Delhi went into lockdown in March last year. Their distress deepened after this April due to a surge in Covid-19 infections. They’re now borrowing money to buy food and must watch their school-aged kids eat less, often going to bed on empty stomachs.

“I can’t sleep at nights,” said Chanchal from her home in Lal Gumbad Basti, a neighborhood of migrant workers about 20 minutes away from the nation’s parliament. “I’m so tired of worrying about arranging the next meal.” 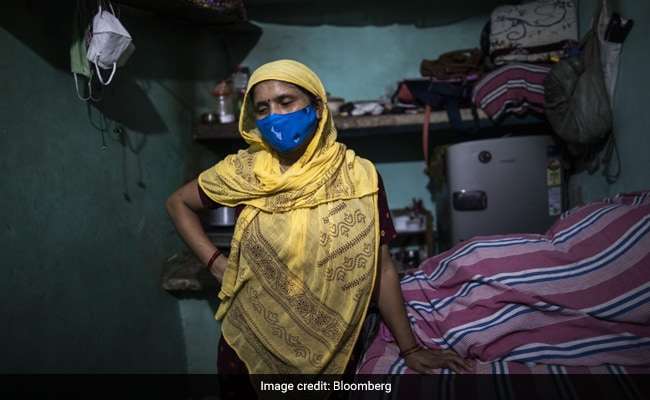 Families like Chanchal’s – two wage earners with some savings, living in rented accommodation – are among legions of Indians who saw their economic toehold ripped away in lockdowns over the last 12 months. More than 15 million Indians lost their jobs in May alone at the height of a devastating wave that overwhelmed hospitals and crematoriums, according to the Centre for Monitoring the Indian Economy.

All of that is leading to an increase in hunger, particularly in urban areas, in a nation that already accounts for nearly a third of the world’s malnourished people. While few statistics are available, migrants and workers at food distribution centers in major Indian cities say they can’t remember seeing lines this long of people yearning for something to eat.

“This desperation for food and the long lines for rations in families with two wage earners is unprecedented,” said Aditi Dwivedi, who works with migrant communities in the capital at Satark Nagrik Sangathan, a group that works on transparency and accountability in government that has advocated for more food aid for the needy. 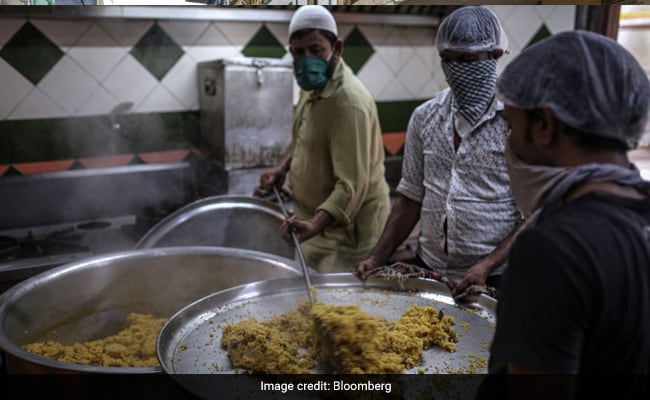 As India’s economy shrunk by 7.3% last year, the daily average wage for about 230 million Indians – enough to make the world’s fifth-largest nation – dropped below the 375-rupee ($5) threshold, according to a study by the Azim Premji University in Bangalore. “An alarming 90% of respondents” reported “that their households had suffered a reduction in food intake as a result of the lockdown,” the study said.

The number of people living in households with daily incomes below $5 level spiked from 298.6 million, at the start of the outbreak in March 2020 to 529 million at the end of October, the study said.

“If last year was harrowing, it’s tough to get a true sense of the extent of the crisis this year,” said Amit Basole, director of the Centre for Sustainable Employment at Azim Premji University and co-author of the State of Working India report. “This year, people have depleted savings and are paying back debt. We don’t expect anyone to be back to Jan-Feb 2020 levels of income this calendar year.” 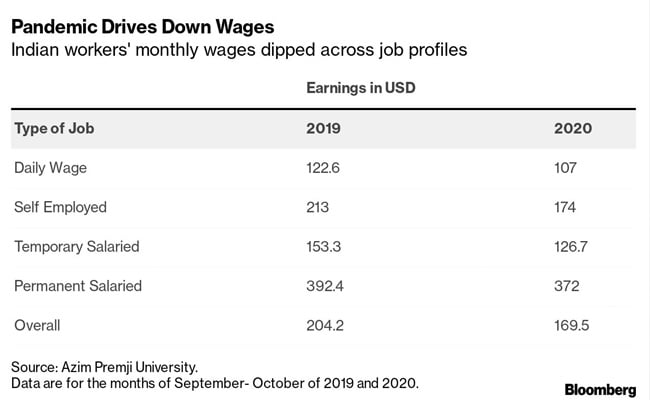 In southeast Delhi, 45-year-old Naresh Kumar had to line up outside his local food distribution shop at 5 a.m. nearly every day in June to ensure he got there before supplies ran out. And at least he was eligible: more than 100 million people remain outside the government’s public distribution system because coverage is calculated on outdated census data, according to a study last year by economists Reetika Khera, Meghana Mungikar and Jean Dreze.

“On days when they had food, rations got over before my turn arrived,” said Kumar, who is still struggling to find work after both he and his wife lost their jobs last year. “On other days, they said they had nothing to distribute.”

The government is required by law to provide five kilograms (11 pounds) of rice, wheat and coarse grains at subsidized rates as low as one rupee per kilogram to India’s poorest each month. In June 2020, after millions of migrants walked back to their villages on foot from locked-down cities, Prime Minister Narendra Modi announced an additional six kilos a month per person until November, at a cost of 1.5 trillion rupees ($20 billion). The program was restarted in April and has been extended to November 2021. 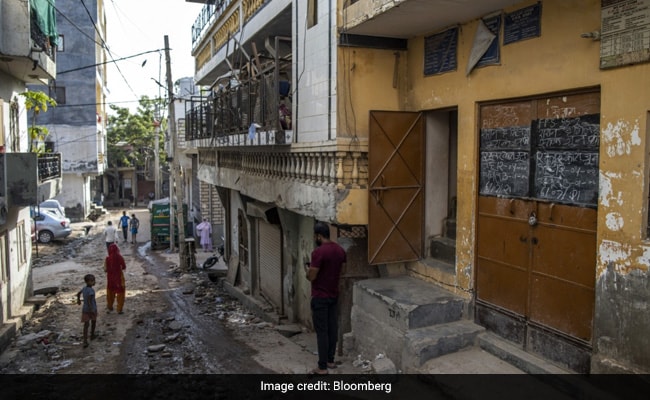 For PM Modi, who has faced widespread criticism for his government’s pandemic response and slow vaccination rollout, delivering basic goods for the poor is crucial to his efforts to keep the Bharatiya Janata Party as the most dominant political force in India. “In this time of the pandemic, the government is standing by the poor as their partner for their every need,” PM Modi said in his address to the nation on June 7.

The Prime Minister’s office didn’t respond to questions on his government’s plans to relieve food distress.

State governments have also struggled to deliver food to the poor. Responding to an order from the High Court to resume hunger relief measures amid Delhi’s lockdown in April, Chief Minister Arvind Kejriwal announced plans to provide free foodgrains for two months to 7.2 million ration card holders as well as financial aid of 5,000 rupees to 156,000 autorickshaw and taxi drivers.

Abhinandita Mathur, a spokeswoman for the Delhi government, said on July 7 that food rations were being replenished after stocks ran out in June, leaving many families stranded.

In Mumbai, Swaraj Shetty co-founded the Khaana Chahiye, or Want Food collective, last April to distribute meals and dry rations. What was expected to be a short-term effort by a group of citizens widened to respond to increasing distress calls for food through its “Report Hunger” initiative from beyond Mumbai and as far off as cities like Pune and Bangalore, she said.

“Last year it was mostly migrant workers, but this year we’ve been seeing people from the middle-class line up for help,” Shetty said. India’s middle class, defined as those with incomes between $10 and $20 per day, shrunk by 32 million during the 2020 recession amid the pandemic, according to Pew Research Center. 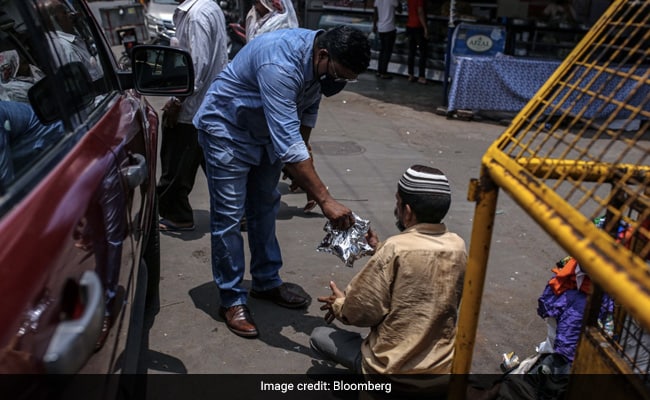 Sujata Sawant, 44, has also seen demand grow at a community kitchen she started in April. After initially feeding 300 people with the help of local women, her group now gives meals to more than 1,300 people every day.

“We can’t cater to so many who need it,” she said. “The numbers are increasing daily. The costs are prohibitive.”

Surging food prices have prompted economists to call for widening the distribution of cereals under India’s National Food Security Act. A stalled monsoon threatens to further stoke food inflation that was at 5% in May.

Those higher expenses have been an increasing worry for 32-year-old widow Saliqa Begum. She left Delhi last year to escape hunger after losing her job as domestic helper, only to return several months later to find food for her three children.

Like most urban poor, Saliqa has no land to cultivate in her village in the eastern state of Bihar. In Delhi, she has watched anxiously as prices of pulses, oil and spices continue to rise.

“What more do we want from our government? They can at least ensure we have some food?” Saliqa said. “If there is a third wave of the virus now, how will we manage?”