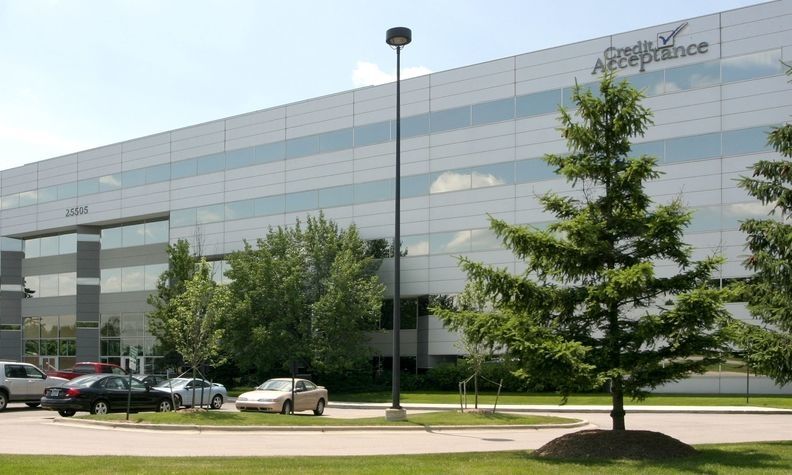 Credit Acceptance Corp. is headquartered near Detroit in Southfield, Mich.

Roberts, 54, will leave the top position at the subprime auto lender effective May 3, the company said in a Thursday press release. The company’s board of directors named current CFO Kenneth Booth, 53, to succeed Roberts as Credit Acceptance’s president and CEO. He will also join the board. The board increased the seats on the board to five and named Vinayak Hegde, president and COO of Seattle-based Blink Health, as a director.

Roberts leaves the company as it battles regulators and short sellers over its lending practices. Credit Acceptance’s main business is to acquire consumer auto loans from dealerships, typically high risk loans. The company repossesses upward of 35 percent of the vehicles it finances, Plainsite reported in 2018.

Last year, Massachusetts Attorney General Maura Healey filed a lawsuit against Credit Acceptance, alleging it made deceptive loans, misled investors and engaged in unfair collection practices. On April 26, the company settled with the state and reported an estimated loss of $27.2 million.

Steve Eisman, the Neuberger Berman Group portfolio manager made famous by successfully wagering against subprime loans a decade ago, told Bloomberg in January his biggest short is Credit Acceptance Corp. because he expects the company to face a crackdown from regulators.

Andrew Left, a Los Angeles-based activist investor and short seller, has also previously announced a short position in the company, Crain’s has reported.

The schedule, calculated for Crain’s Detroit Business in October 2020 by Matthew Roling, an adjunct professor of finance at Wayne State University’s Mike Illitch School of Business, shows that a customer taking an $8,000 loan from Credit Acceptance would pay just under $5,000 in interest over the life of the loan. Throw in another estimated $2,500 in various fees that the Massachusetts lawsuit calls “hidden,” and a Credit Acceptance customer is paying about the value of the vehicle in fees and interest. Crain’s is an affiliate of Automotive News.

Investors knocked down the share price of Credit Acceptance (NASDAQ: CACC) 37 percent from its 52-week peak of $539 late last year, but it has since recovered. Shares on Friday closed up nearly 1 percent to $394.79

Meanwhile, Roberts, who joined the company in 1991 as a corporate controller before climbing the ranks to CEO in 2002, led the company from a $3.2 million loss to income of $421 million last year, or a compounded annual growth rate of 24.3 percent. And he’s been handsomely rewarded. In 2012, Roberts earned $54 million due to nearly $53.3 million in stock awards. His total compensation in 2019 was $1.04 million.

In 2020, Credit Acceptance reported about $1.7 billion in revenue.

As of Jan. 28, Roberts owned 456,011 shares of Credit Acceptance, now valued at more than $183.6 million. It’s unclear from U.S. Securities and Exchange Commission filings if Roberts will be required to part with any of his shares or whether they are all vested upon retirement.

The company has been under investigation by the U.S. Department of Justice since 2014, according to the SEC.

Booth joined Credit Acceptance in January 2004 as the company’s director of internal audit and was named CFO in late 2004. Prior to joining Credit Acceptance, Booth served as a senior manager at PricewaterhouseCoopers LLP. His annual salary will climb to $1 million as CEO from the current $700,000 and he will receive options to acquire 110,000 stock shares, currently valued at $44.3 million.

— Bloomberg and Crain’s reporter Nick Manes contributed to this article.

Iraq: "OPEC+" I decided to leave the production policy unchanged

Previous articleHarrogate T 5 – 4 Cambridge U
Next articleBradley Walsh says he 'had to move' house to avoid The Chase's Anne Hegerty 'Terrifying!'