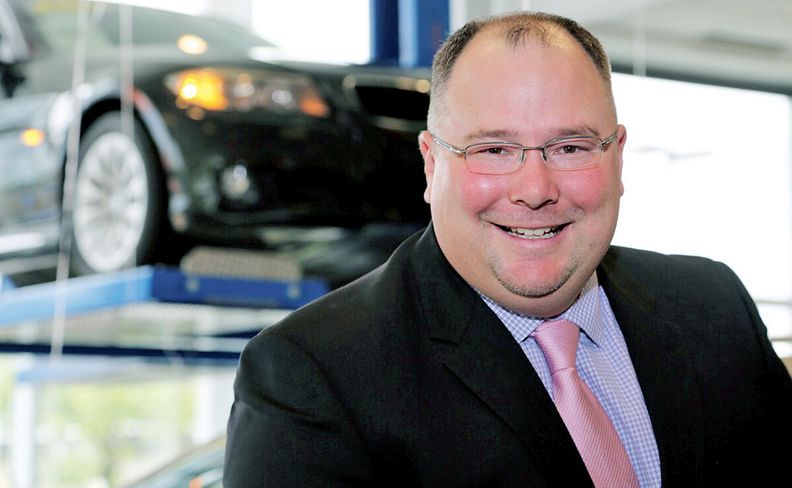 Katarski: Dealers are not concerned about “a used vehicle that they’re going to get stuck with.”

The latest forces to rock used-car values this spring have also shaken some dealers’ use of various vehicle pricing tools on the market.

Leaders at Kelley Blue Book, Black Book and J.D. Power say they’ve invested in technology, increased the pace of valuation reports and added more retail transaction data to their calculations to help their tools keep pace with the seismic surge in prices. Yet some dealers say they have relied less on used-car pricing tools and guides and more on intuition.

Dave Katarski, COO at Feldman Automotive Group — which has stores in Michigan and Ohio — said there has been a disconnect between what the guides say and the price points at which Feldman vehicles are transacting.

“They’re probably lagging more now than they ever have,” Katarski said. “We’re still going to look at how many there are in the market, what kind of market days’ supply there is. It’s just not as relevant as it typically is.”

Ken Ganley, CEO of Ohio-based Ganley Auto Group, said the pricing guides he uses are three to six weeks behind the surges in values.

“It’s almost impossible for those tools to keep up,” Ganley said. “We’re seeing used cars that are selling for at or above what their original MSRP was back when the car was new.”

Customers in the market for used vehicles have faced escalating prices and less choice as demand swelled this spring and dealership stocks dwindled because of the microchip shortage. Dealers have widely turned to buying more used vehicles to backfill lots as new-vehicle inventory plunged. And to earn trades, dealers are relying more on gut instinct when negotiating than on using the algorithms.

“Nobody is concerned with an aging inventory or a used vehicle that they’re going to get stuck with,” Katarski said. “What does it take to get your vehicle? That’s really what it boils down to.”

Valuation company Black Book changed its data-sourcing strategies about three years ago, said Rene Abdalah, Black Book’s senior vice president of business development. It previously relied heavily on information from the wholesale market and other direct sources. It still uses that data, but sourcing information on retail transactions has increased in value.

“I wouldn’t say that we have not been outpaced,” he said. “It is more that I feel like we’re in a much better position to react and be able to produce values that are more reflective of the market than we’ve been in the past.”

Black Book has focused on developing predictive vehicle valuation models, though he noted that the disruption caused by the chip shortage has likely hindered the company’s ability to test those capabilities, he said.

The shortage, he said, “was something just not predictable at all.”

That weekly pace needs to be the industry standard as long as the chip crisis continues, Banks said.

“Historically, the monthly values were just fine. Dealers could use that as a reference point and then, of course, adjust based on how well their dealership does and regional market conditions that they know better than anyone else,” he said. “As a guidebook, [you] don’t even want to pretend like you know more than the dealer [does about an] individual market, because you don’t.”

The inventory crunch is affecting dealerships across the country to varying degrees. In states such as Utah and Texas, customers in certain markets seeking full-size pickups, for example, may “pay more than what we publish because we’re publishing a regional value,” Banks said. “Demand for pickups in your area might be stronger.”

Dealers should still consult valuation guides — but then follow their instincts, Banks said.

“You’re going to know what you can sell it for,” he said. “You’re not going to have that problem with your inventory getting stale.”

Ganley, who owns 43 dealerships in Ohio, Florida and Pennsylvania, said that when battling for limited inventory among online retailers and other dealerships, his stores have to move quickly and efficiently. And at his dealerships, a used vehicle rarely sits for longer than a week.

“You’re using your gut,” he said. “Is it the right car for your store? These days, just about any car is the right car.”

Katarski said Feldman’s dealerships will continue to regularly check valuation guides and tools to see how many vehicles of a certain make and model are in the market at the time, what they’re priced for and how those vehicles were priced the previous year. But that lens will be adjusted for this very different market environment.

In a typical year, Feldman’s Chevrolet dealerships have 7,300 new vehicles to sell in a given month, Katarski said. For this month, that number will likely be 1,800 — including vehicles in transit.

Unlike some peers, however, Katarski said Feldman is doing all right on used-vehicle supply. As of June 2, Feldman had 2,598 used cars valued at a little less than $50 million.

“That is actually a couple of hundred units higher than where we normally are. Certainly the dollar amount is higher than typically where we are,” he said. “But I’ll sell every one of these this month.”

Customers coming to Feldman stores are shocked by the lack of new vehicles — and by the prices on what’s available, he said.

The number of customers who have decided to purchase their off-lease vehicle outright, or switch to a used car when they typically would have purchased new, has been on the rise, he said.

“The one customer reaction that we’re not seeing is people going, ‘I’m just not going to buy anything,’ ” Katarski said. So “there’s no exposure. If I want your trade, I’m going to take your trade. I know I’m going to sell it.”