Deathloop is a much more unique release in the world of gaming right now as it’s among a small group of titles that are next-gen exclusive.

This means that even though plenty would play it on PS4, it will only be available on PS5.

Another fact that makes it a little different is that it is a PS5 console exclusive being made by a publisher owned by Microsoft.

The deal for the game had already been signed when Microsoft completed its purchase of Bethesda, but it still makes for a unique situation.

For those who have heard of it, Deathloop is a first-person shooter made by the team that created Dishonored.

It shares some of the same DNA, with plenty of different ways to go about your mission.

But Deathloop is also very different from Dishonored, as its story revolves around an assassin stuck in a world where they cannot die.

The story description explains: “You wake up on a beach, no memory of how you got there or even who you are. A mysterious message floats before you, urging you to “break the time loop.”

“You’re trapped on an island full of people who are trying to kill you. You die, then wake up back on that same beach. Day ends. Beach. Die. Beach.

“It’s enough to make you sick of beaches. Sick enough to start listening to those floating messages and do something about this timeloop. That’s Colt’s journey in Deathloop. Break the cycle by killing the people responsible for keeping it going, and maybe find a way off the island of Blackreef.”

And if it sounds like a combo you could be interested in, you don’t have long to wait until you can start playing Deathloop. 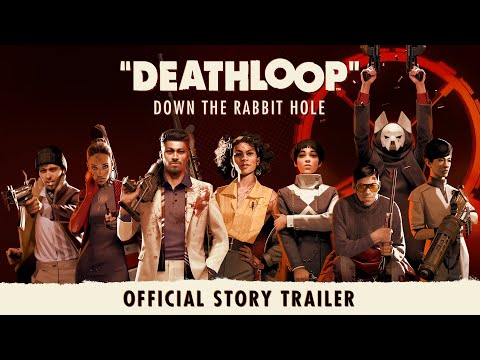 WHEN IS DEATHLOOP OUT ON PS5 AND PC?

As mentioned above, Deathloop is coming out on PS5 and PC platforms this week and will not be available to play on Xbox Series X for some time.

For those who can play, Digital pre-load is available on PlayStation 5 and PC and will start on console 48 hours before DEATHLOOP launches in your region, and on PC globally at 1:00 pm EDT on September 12.

Bethesda has also confirmed that the Deathloop release time on PS5 has been set for Midnight on September 14, 2021.

As an example In North America, Deathloop will unlock at 12:00am-midnight ET on September 14.

The PC launch times are a little more complicated and require this chart so that everyone can keep track of what is happening:

PC (Steam and Bethesda.net) will have three regional unlock times:

Battlefield 2042 beta starts on this date according to new leak