Denise, known for her work as a singer, dancer, actor, and presenter, is set to give her take on the latest TV highlights on Celebrity Gogglebox this evening. She has recently starred in other reality shows like Dancing on Ice and The Masked Singer, during which she performed as Fox. The versatile performer is also known for her work in the West End and for coming second in Strictly Come Dancing’s 10th series.

However, one claim to fame that is not shouted from the rooftops is that the blonde bombshell was invited to a reception at Buckingham Palace at the age of 23, where she got a little light-fingered.

She was invited to the Palace due to her work as a presenter on The Big Breakfast and was so wrapped up in the excitement, that she decided to take some souvenirs.

After she was caught out, she had to send the items back but insisted she had only intended to “borrow” them.

According to the Daily Mirror, she posted them back to the Palace with a note reading: “I’m really sorry, it was just a bit of fun.” 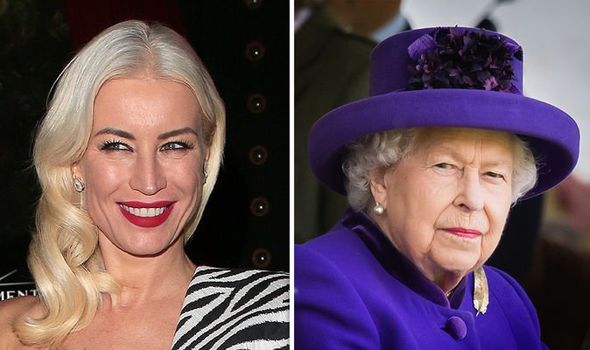 Denise van Outen sent a toy camel to the Queen by way of apology (Image: GETTY) 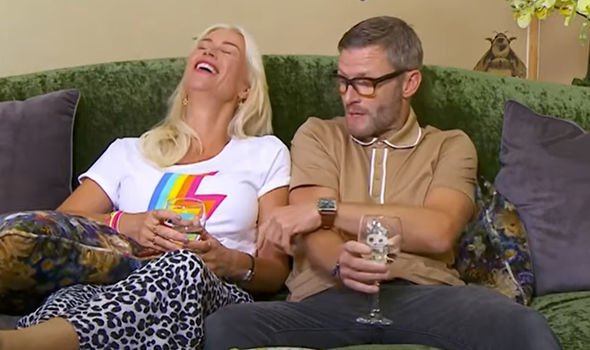 However, she wanted to make a personalized note to the Queen herself in the hopes she would read it and include an interesting gift.

Denise reportedly sent the monarch a stuffed toy camel she bought in Tunisia with a note saying: “Sorry Ma’am. I didn’t mean to give you the hump.”

At the time, a spokesman for the Palace said: “The vast majority of guests don’t take anything away as a souvenir.

“We get nearly 50,000 visitors a year and if they all took souvenirs there wouldn’t be much left. 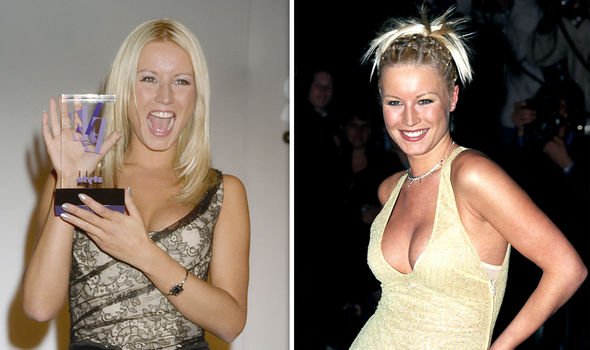 Denise van Outen in the late Nineties, when the theft occured (Image: GETTY)

“We will leave it to others to judge the rights and wrongs of what she has done.”

Despite being caught red-handed, this wasn’t Denise’s last brush with royalty.

In fact, she even managed to get a friendly kiss from Prince Harry when the pair met at the Sentebale Gala Dinner in Dubai following Harry’s first official visit to Australia.

Sentebale is a charity founded by Harry and Prince Seeiso of Lesotho, who he met during his gap year when he was moved to help vulnerable children and young people in the country. 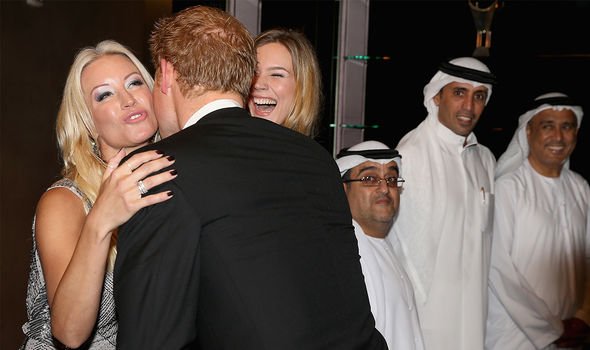 Denise was lucky enough to get a kiss from Prince Harry at the gala (Image: GETTY)

Harry met Denise in a lineup at a reception ahead of the ‘Forget Me Not’ Dinner in the United Arab Emirates in October 2013, an event done in partnership with the Al Jalila Foundation.

The pair embraced and Denise clutched the Prince’s shoulder affectionately while he gave her a peck on the cheek.

The presenter was dressed for the royal occasion in a floor-length vintage-inspired silver-beaded gown with chevron embroidery and sequins.

She wore shimmering silver eyeshadow, and nu*e lipstick and had her hair in blonde waves.

Later in the evening, Denise interviewed the Prince and the guest of honor and then took to Twitter to praise the royal.

“I’ve always been a fan, but now I’m an even bigger fan.”

Joss looked equally thrilled when she also received a kiss from Harry.

Denise had prepared for her meeting with the royal at Dubai’s JW Marriott Marquis hotel.

She tweeted ahead of their meeting: “Relaxing by the pool and putting together my questions for HRH Prince Harry for our @hellomag feature.”

The very special fundraising event took place immediately after Harry’s trip to Australia, his first time there on behalf of the Queen.

He was greeted by huge crowds in Sydney but had to endure teasing from Tony Abbott about Australian republicanism.

He also attended the International Fleet Review, which featured around 40 warships from 17 countries, and marked 100 years since the Royal Australian Navy entered Sydney Harbour.

Previous articleSuper League: Richard Marshall calls on Salford Red Devils to raise game after
Next articleYes, ‘In The Heights’ Has a Post Credits Scene—Here’s What Else Fans May Have Missed