Deontay Wilder repeats Tyson Fury conspiracy claim: ‘They figured out a way to 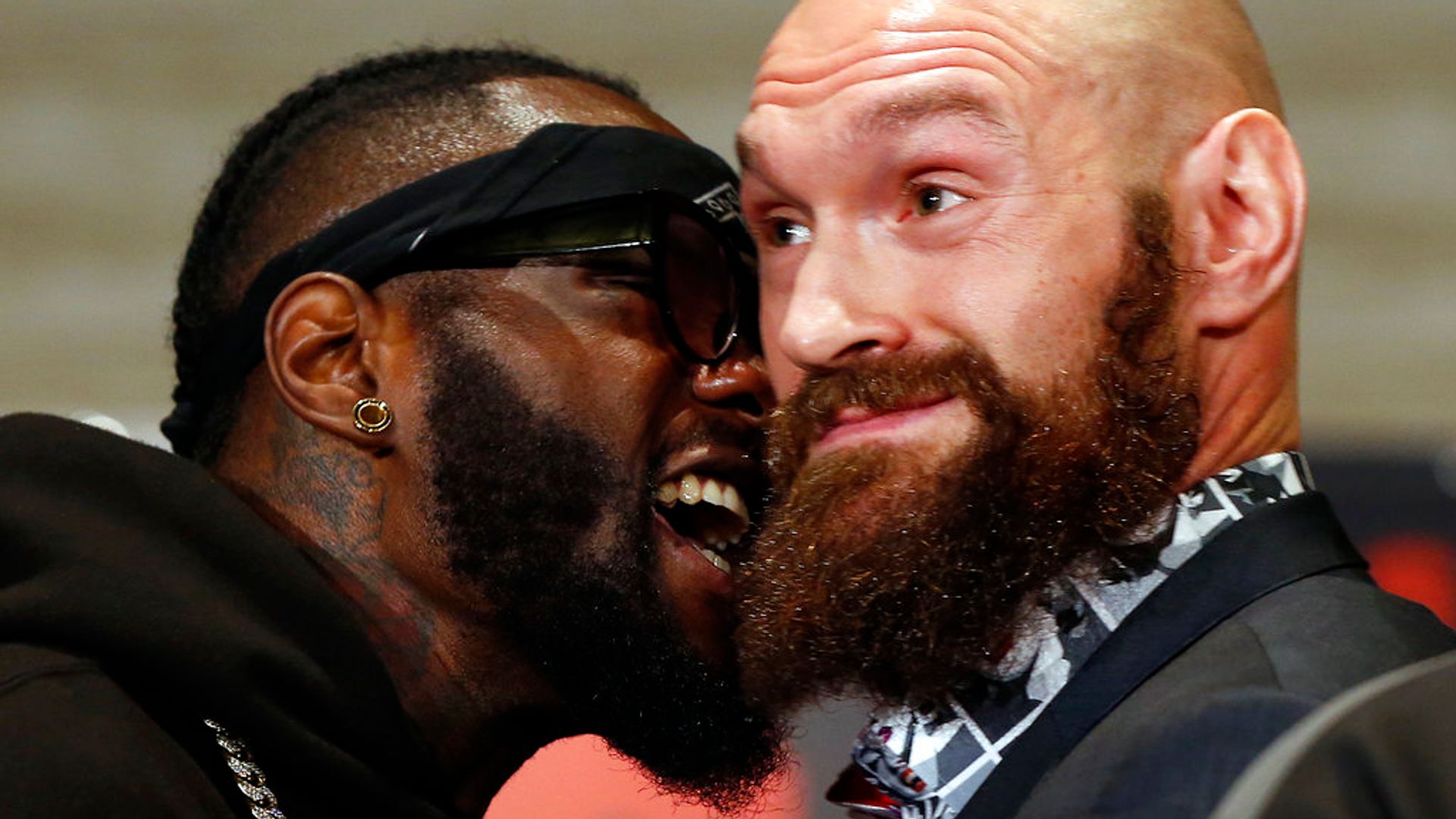 Deontay Wilder has again accused Tyson Fury of “cheating” and has warned their upcoming trilogy fight “will be different”.

After they battled to a draw, Fury stopped Wilder in a rematch and they will collide in a third WBC heavyweight championship fight in Las Vegas on July 24.

WBC president Mauricio Sulaiman has previously described Wilder’s claim that Fury illegally tampered with his own gloves as “ridiculous”, “difficult to understand” and “very sad”.

But Wilder has now repeated the claim: “They saw no evil. They didn’t speak of it.

“Gloves do not bend, your wrist does not bend.

“It doesn’t have loose space in it. It’s impossible, impossible for that to happen.

“On top of all the other things!”

Wilder said: “Jay is inexperienced with the gloves and what to look for, and is too on the friendly side. Ain’t nobody friend here no more.”

Fury, after being ordered by a court of arbitration to fight Wilder again instead of Anthony Joshua, mocked his old rival’s reasons for the result of their previous fight.

Fury joked: “Costume was too heavy, Fury’s gloves were loaded, I had weak legs, my water was spiked, Fury’s gloves had no padding, had bicep surgery, disloyal trainer, complications in camp, I broke my arm, fight stopped too early, Andre Dirrell’s fault.”

Wilder has now repeated his dissatisfaction with Mark Breland, the trainer who brought an end to the most recent fight with Fury, who has since left his team.

“We know he has no power. He gave me everything and I took it all.

“I knew what was going on with my body, I knew something was wrong with me, I knew I was not right. I looked drained, drowsy.

“I was done wrong. The title for [the next fight] is retaliation.

“It showed me their true colours. I’m not as nice as I used to be. I’m not the same person.

“My mind is very violent.

“Their best chance was earlier – July or October [2020]. They have allowed me to heal up.

“At this point in time, I’m very dangerous.

“The most dangerous person to be around is the one who has nothing to lose.”

Wilder then addressed Fury’s father John who preferred his son to fight Joshua: “Clear ducking. He’s trying to get his son to duck.

“He did the same thing the second time until they figured out a way to cheat.

“Then he started betting everything he had!

“How does suddenly a man get so much confidence in a period of time? That he can bet his last dollar?

“Now, under the microscope, it will be different.

“I know what I can do – they know too so they had to find something to slow me down.”

Today at Euro 2020: England vs Croatia; Netherlands vs Ukraine, Austria vs North